Alright, alright, alright! Welcome back to Comment of the Week, the only place where you can find the best community members of the entire internet in one place: me, and all of the parallel universe versions of me.

Oh, and this is the only place where the greatness that is me is also mingling with the lesser common folk, the folks of Destructoid, so give a round of applause to them too, I guess. I mean, they clearly aren’t deserving of it, but only I get to publicly embarrass them. As always, comments are placed into three categories such as:

TRUTH: your sperm is affected by your diet.

LOL: but is your diet affected by sperm?

WUT?: I should ask my sister.

If you haven’t seen last week’s edition, then what the heck is wrong with you? What’s that? You were busy worshiping me in your spare time? Well, I can’t fault you for that, so here’s a link.

From Azure Striker Gunvolt, unlike Mighty No. 9, gets an anime after two games under its belt

From GameStop is selling off a bunch of used PS3, 360, and Wii consoles

Dreamweaver: Wish girls did that.

Dreamweaver: They really should go the FIFA route and just number them after the years.

Dreamweaver: They had a worthy nose. Was, was that not clear? 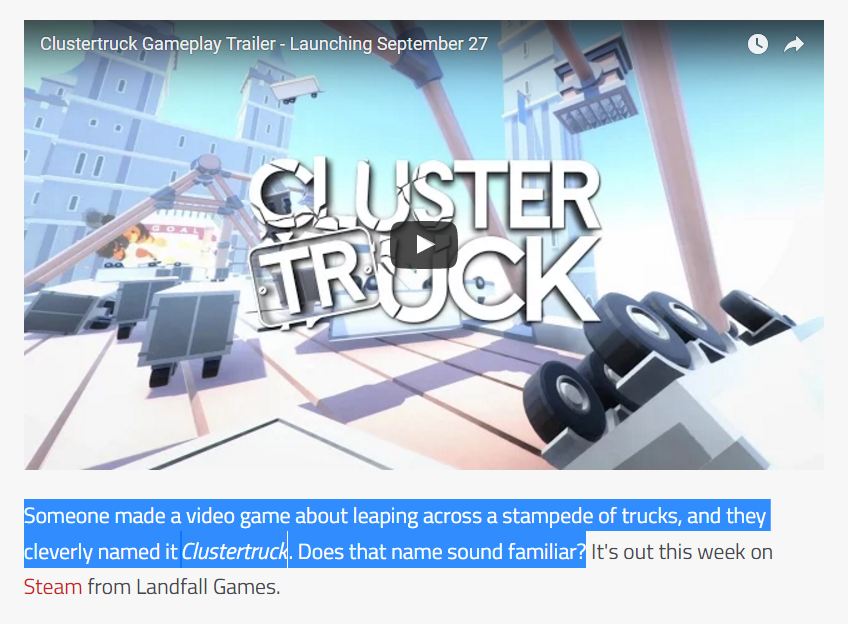 Dreamweaver: Will someone stop this Blight?

From PSA: Here’s another chance to get your hands on the Mythical Pokemon Darkrai

Dreamweaver: Uh, you clearly never saw me having sex.

Dreamweaver: The sad thing is that this isn’t even the most convoluted title we’ve heard.

From Time to get sucked back into Stardew Valley

Dreamweaver: I see nothing but the truth here.

Dreamweaver: If this isn’t the name of a sequel, I’mma be disappointed. 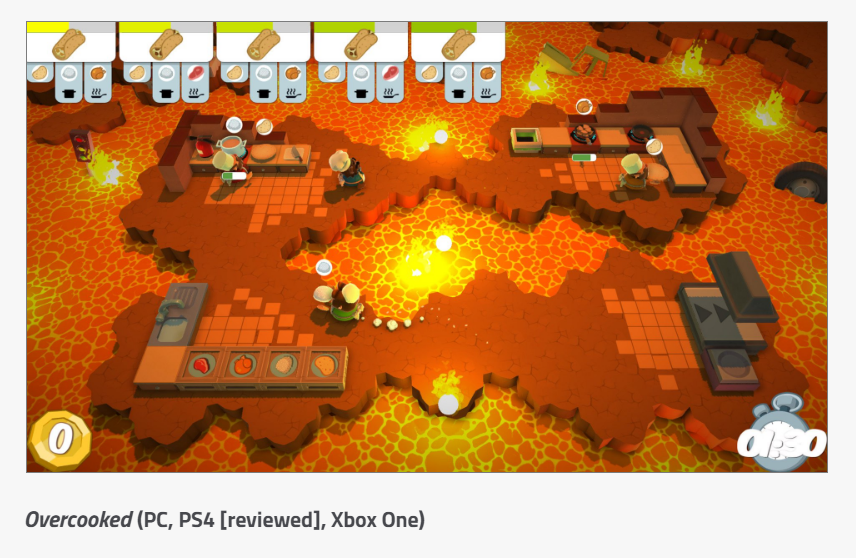 Dreamweaver: I thought that’s how you get ants?

Dreamweaver: I’d give you a hand… but no.

From Review: Payday 2: The Big Score 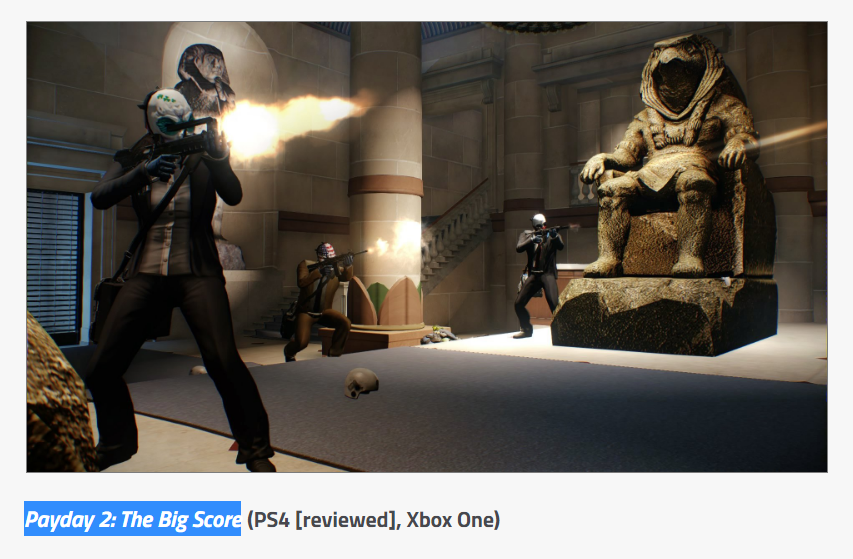 Dreamweaver: How dare you try to deny this this beautiful man from being featured in Comments of the Week!?

From Battleborn is allegedly going free-to-play 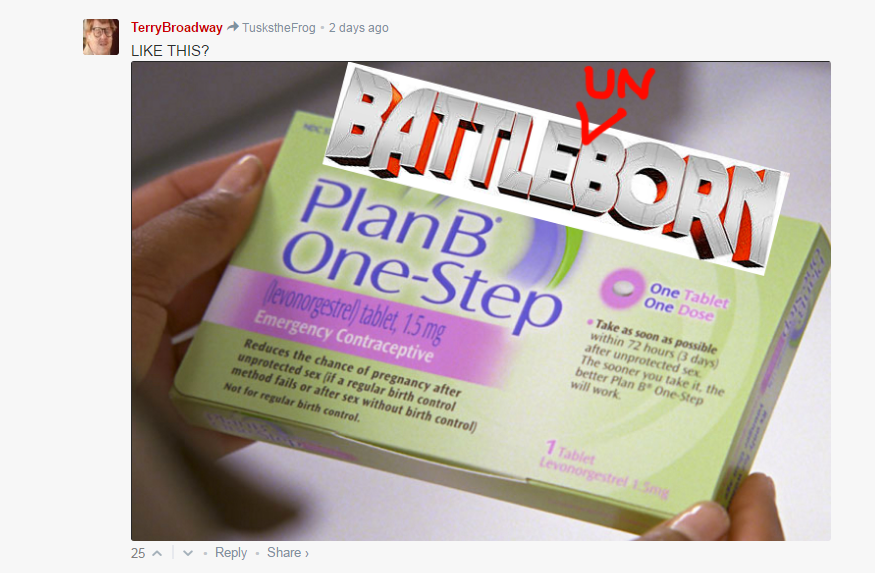 Dreamweaver: Looks like the kid’s going to have to battle to be born.

From Learn about how Rez was made with creator Tetsuya Mizuguchi 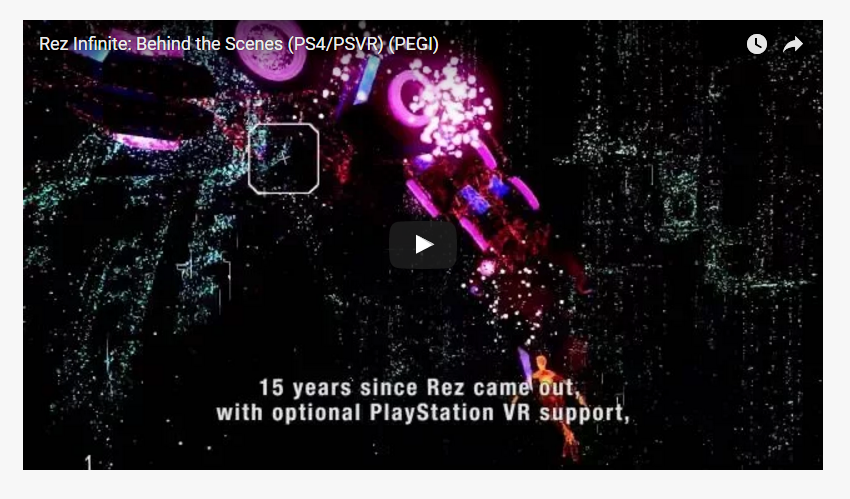 Dreamweaver: Hm, why does that name sound so familiar? :3

From Miyamoto once said Mario is 24 or 25 and what’s even real anymore? 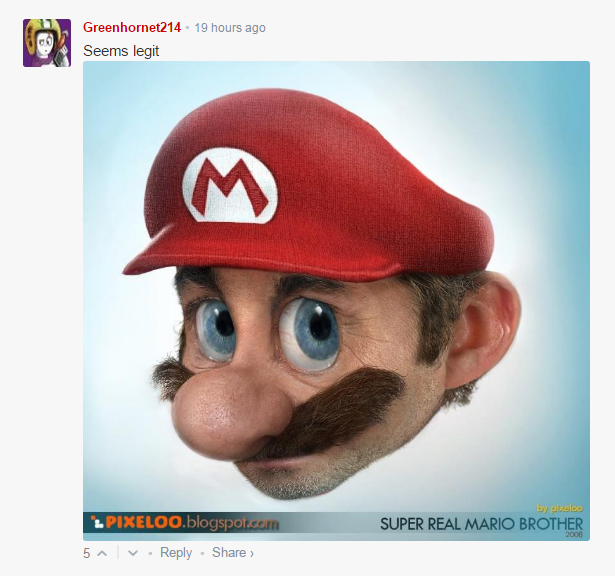 From Minecraft dev would ‘love’ to see an Uncharted collaboration

Dreamweaver: If you see China, you went too far.

From What the hell’s left to be excited about this year? 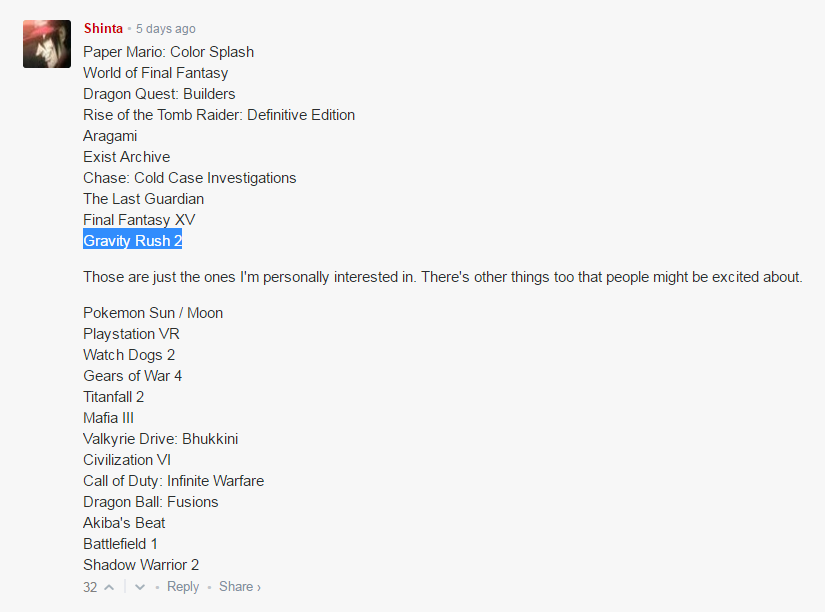 Dreamweaver: What if it gets delayed? 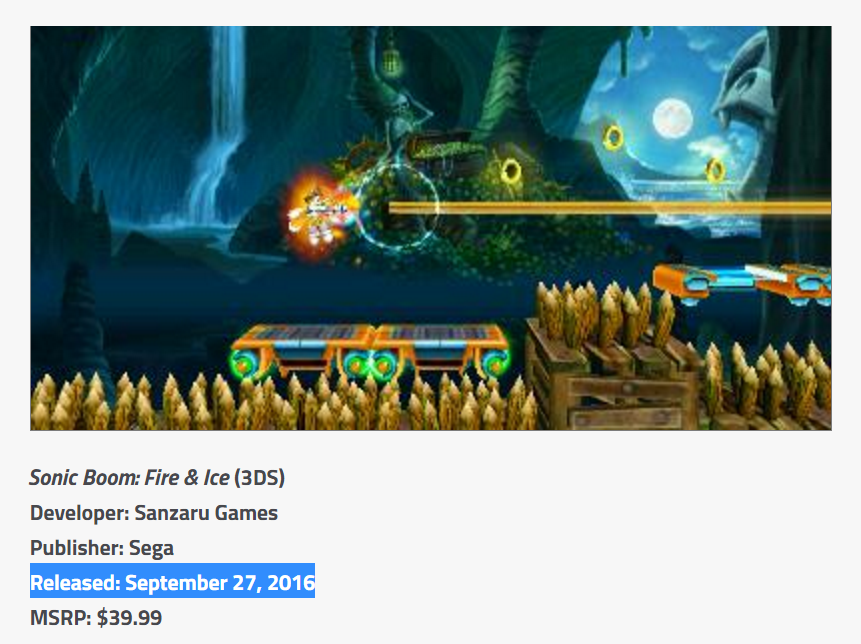 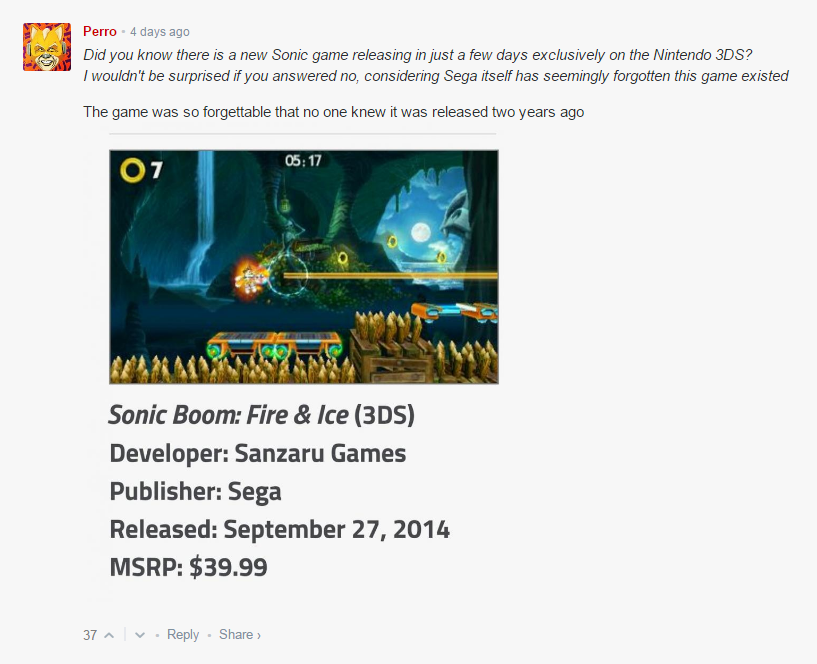 Dreamweaver: “so forgettable that no one knew it was released two years ago.” 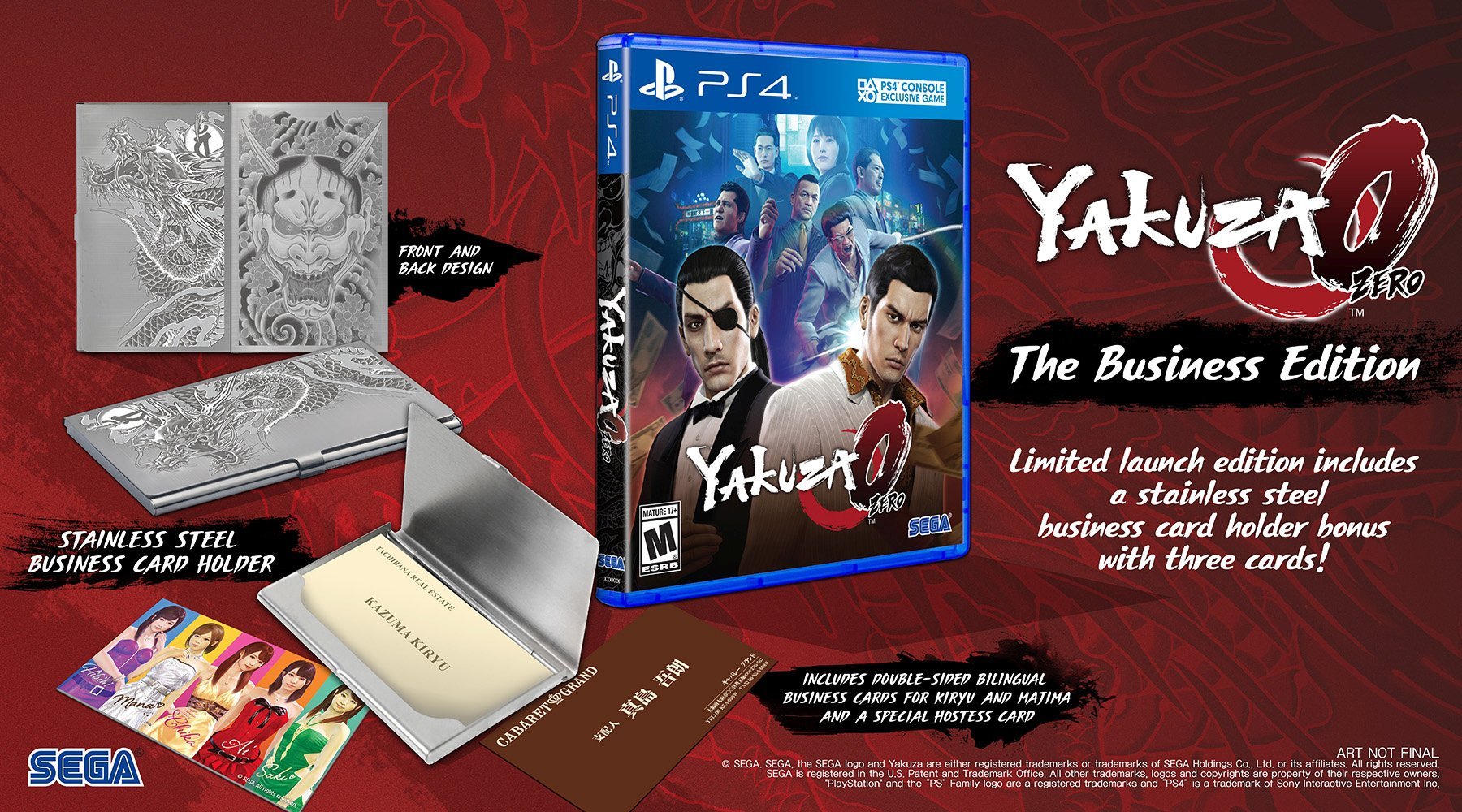 Dreamweaver: Blockbuster? I hardly know her!

Dreamweaver: Wonder how the hell a taco managed to do all that. 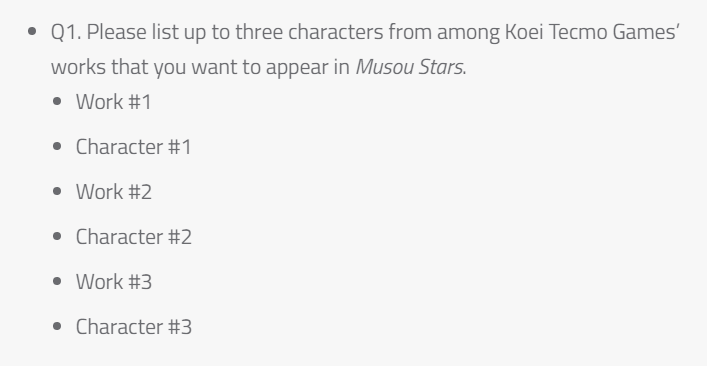 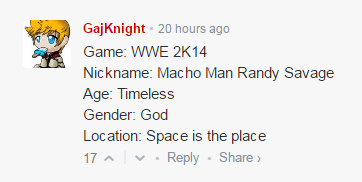 From Pokemon Go developers sued by the Netherlands