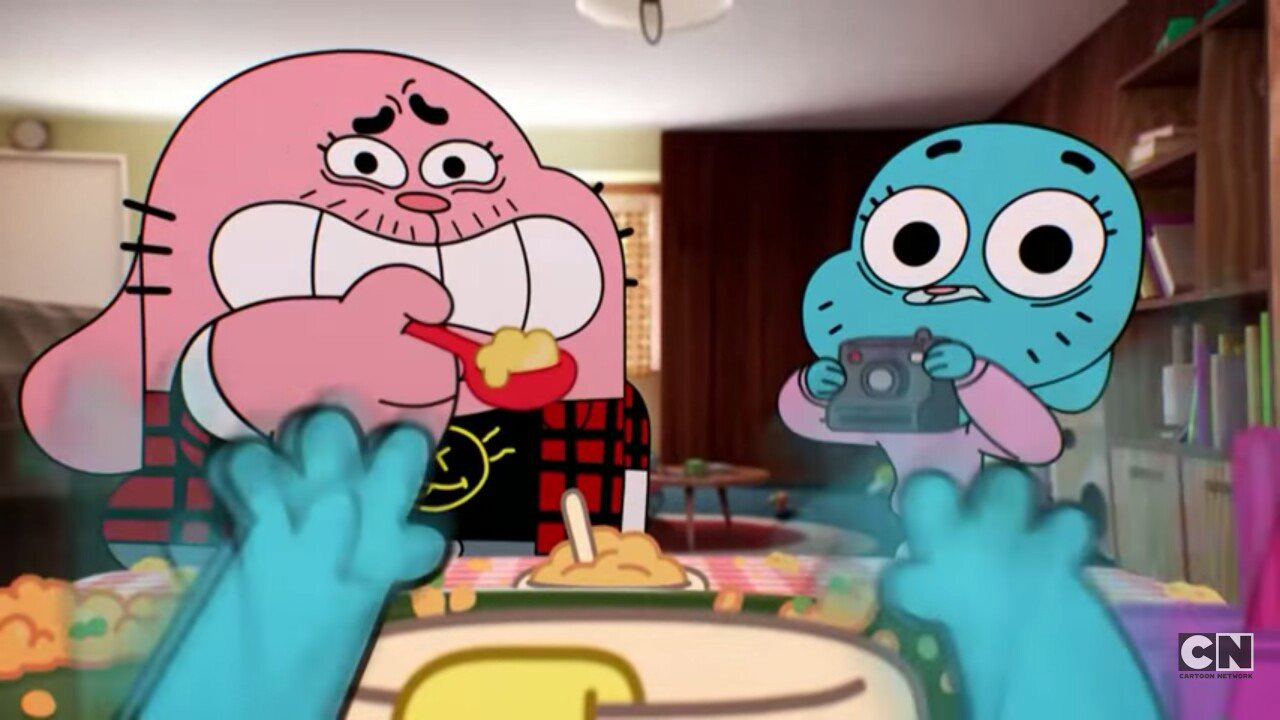 Yo yo yo, this is Dreamweaver, here with yet another edition of Comments of the Week! Yeah, that’s right, the number-one community showcase featuring some of the best comments said by lovely Dtoiders like you! And here you thought your day couldn’t get any better!

If you’re new to the party, then let’s bring you up to speed. All last week, your amazing host went to find all of the funniest, wackiest, or just plain weird comments, all with the sole purpose of compiling them here for the folks who didn’t have the luxury to see them before. Why, you ask? To inspire YOU to go out and comment on some articles yourself! As always, comments are placed into one of three categories:

TRUTH: traditionally, Yorkshire pudding was to be eaten BEFORE a meal so a mother could fill up her family and serve less meat at dinner.

If you haven’t checked out last week’s edition of Comments of the Week, then your resistance must be stronger than I thought. After all, who could willingly choose not to see all of these delicious comments, fresh from the oven? Then again, if you’re here now… then maybe you’re not as strong as I thought. 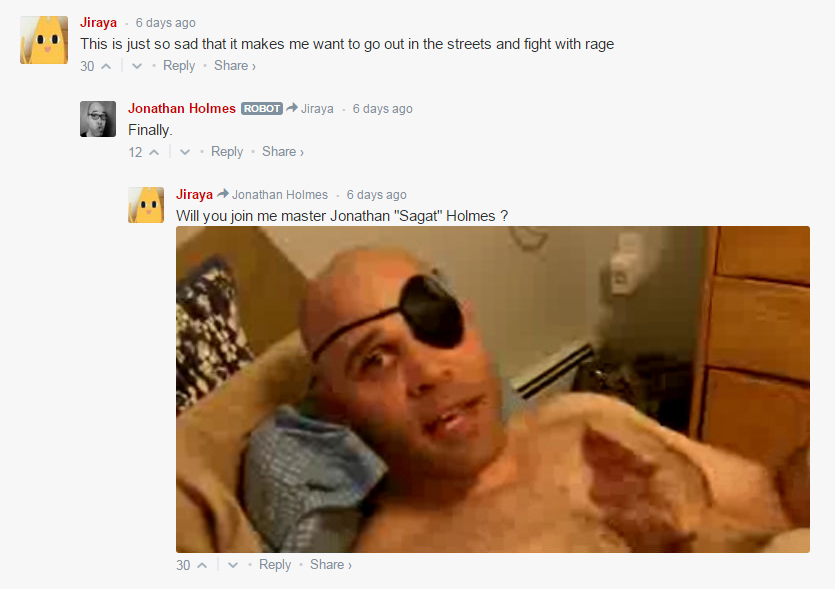 Dreamweaver: Oh, this is a cosplay? I thought he looks like this on a daily basis.

Dreamweaver: I’m pretty sure Sony just chooses not to listen, like when a mother lets her baby cry in public.

From Miyamoto: Star Fox Zero is the most underrated Wii U game

Dreamweaver: I wish my mom felt the same about me.

Dreamweaver: The only thing sadder would be if the person using this STILL sucked. 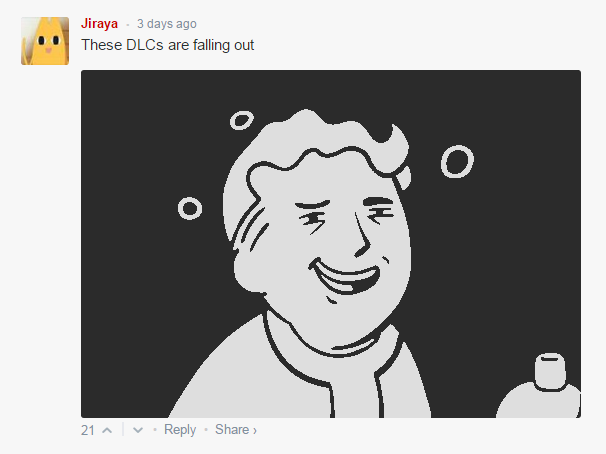 From If you’re good enough, you can score Trials of the Blood Dragon for free

From PlayStation Network is holding a big sale, too 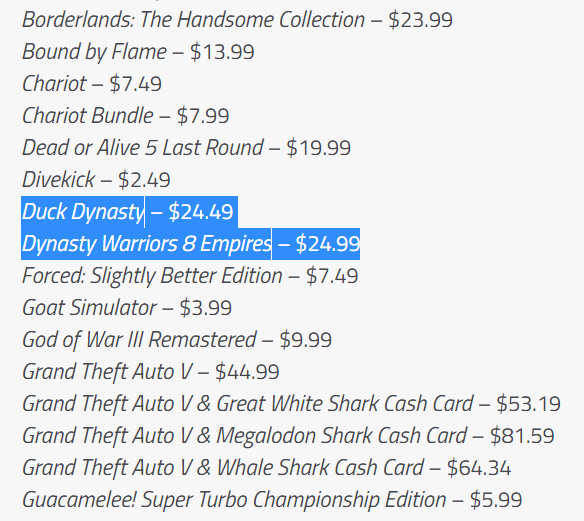 Dreamweaver: Dammit, this is one of those things where you didn’t realize how much you wanted it until you know it doesn’t exist.

Dreamweaver: “He has no idea what that is.”

What women say about me in bed.

Dreamweaver: You’re Dead(Moon) to me. DEAD TO ME!

From Mad man spent $13,000 to get the highest Steam level

Dreamweaver: Yes, for $13,000, you could literally fuck anything else.

Dreamweaver: Spiders, huh? I would’ve guessed possums, but I guess he has too many. 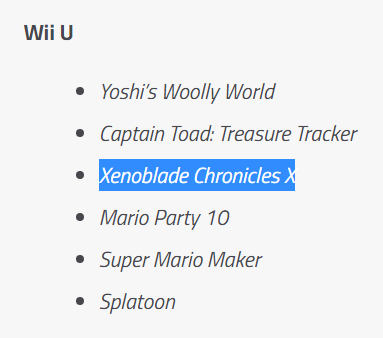 From You guys really came through on the One Piece: Burning Blood character poll

From The Witcher 3: Game of the Year Edition confirmed by CD Projekt Red

Dreamweaver: Is… is that a rhetorical question?

From Evolve’s website is counting down to something, but do you want it?

Because if you play Evolve, you ain’t getting none.

From Monster Hunter Stories is getting three more amiibo

Dreamweaver: You crossed the line, Hancock.

From Salandit, debuting in Pokemon Sun and Moon, is pretty creepy 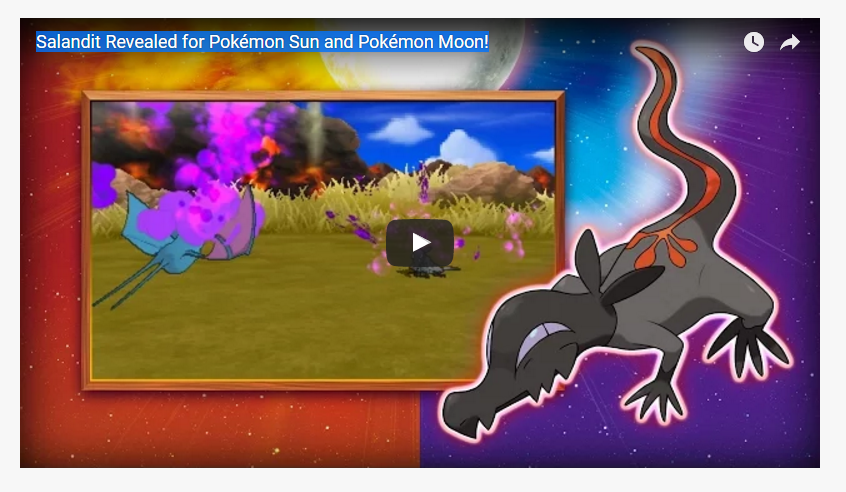 Dreamweaver: What do you say when you get out?

From Square Enix reportedly getting into the pachislot business 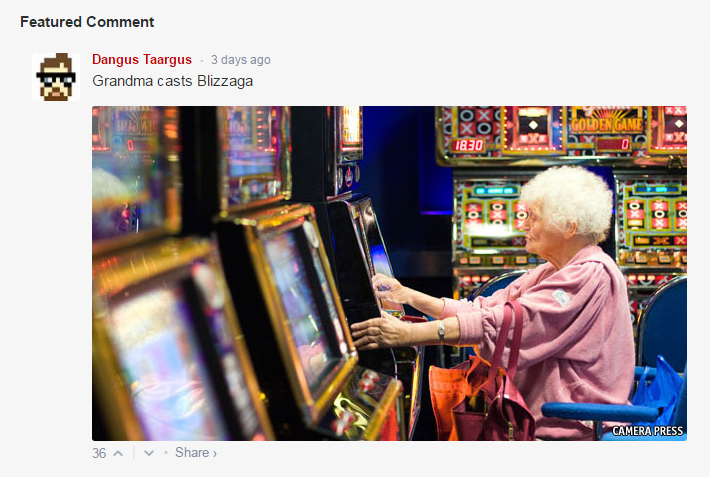 From A copy of Undertale was presented to the Pope

I wonder if he has his own hotline.

Dreamweaver: I’m not going to ask.

From Professor Kukui proves he is the best Pokemon professor 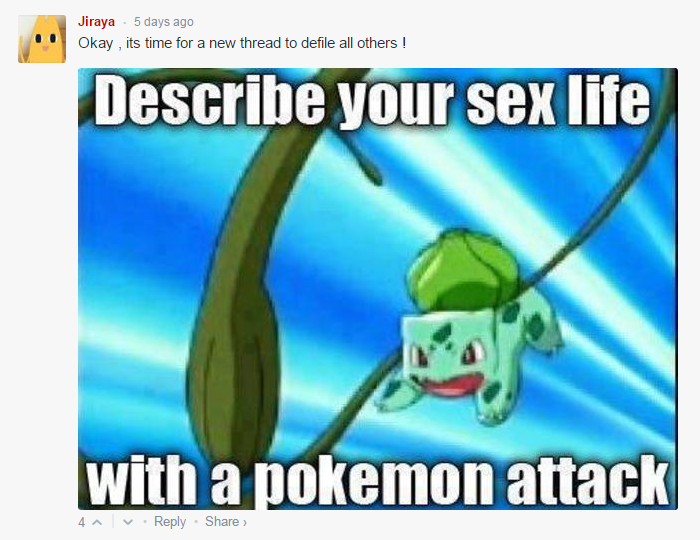 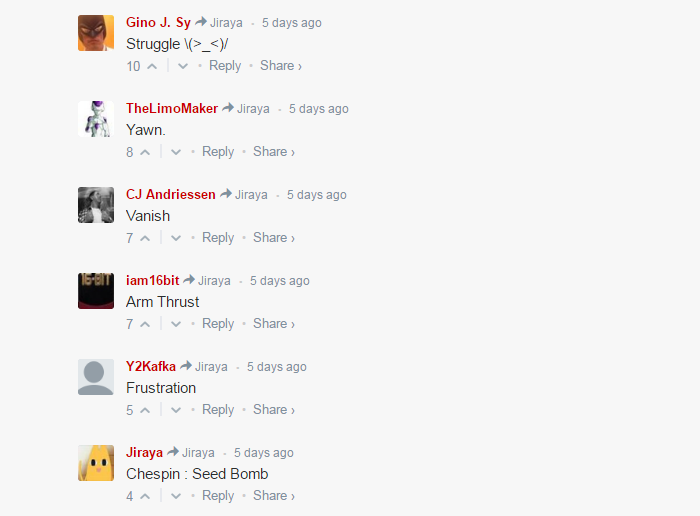 From Sup Holmes comes to an end July 24, so here’s an amazing rerun 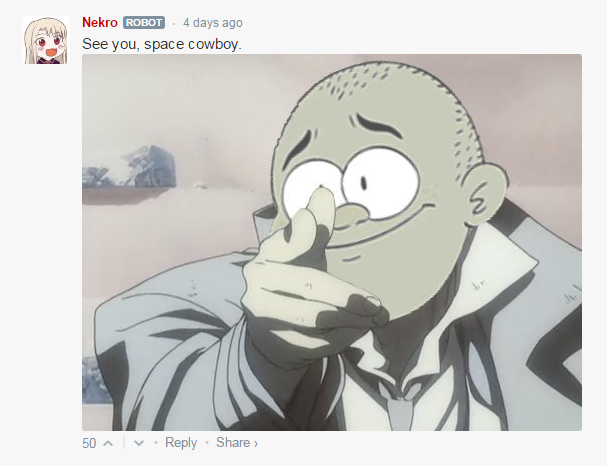 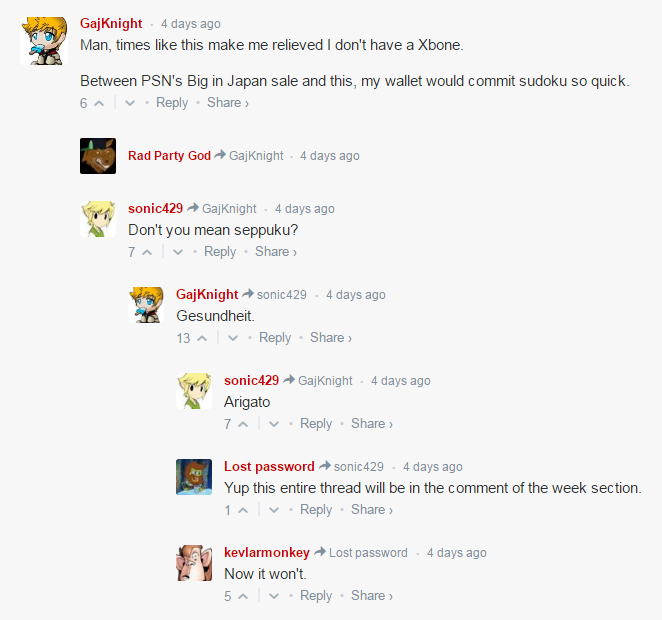 Dreamweaver: YOU’RE NOT THE BOSS OF ME, KEVLARMONKEY! 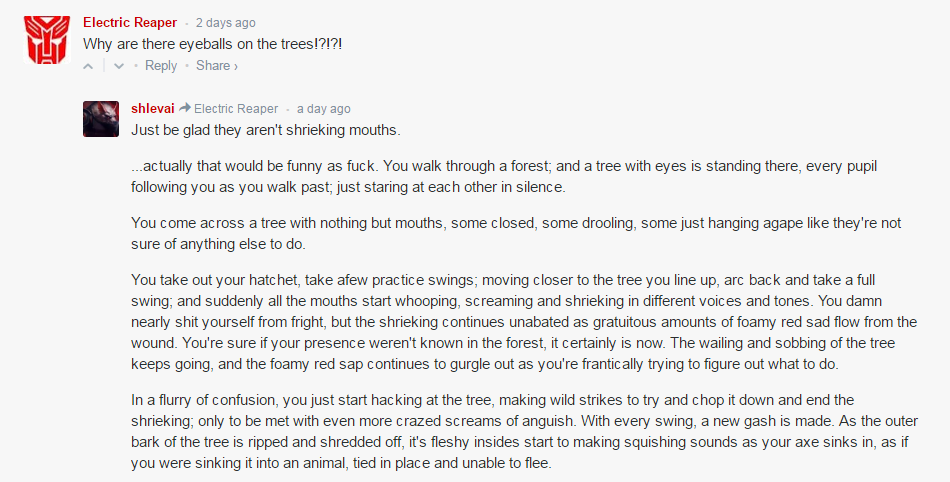 From This blindfolded Castlevania: Symphony of the Night speedrun is nerve-wracking

Dreamweaver: He’s the hero we don’t need, but one we deserve.

From No Man’s Sky has gone gold, and thank goodness for that 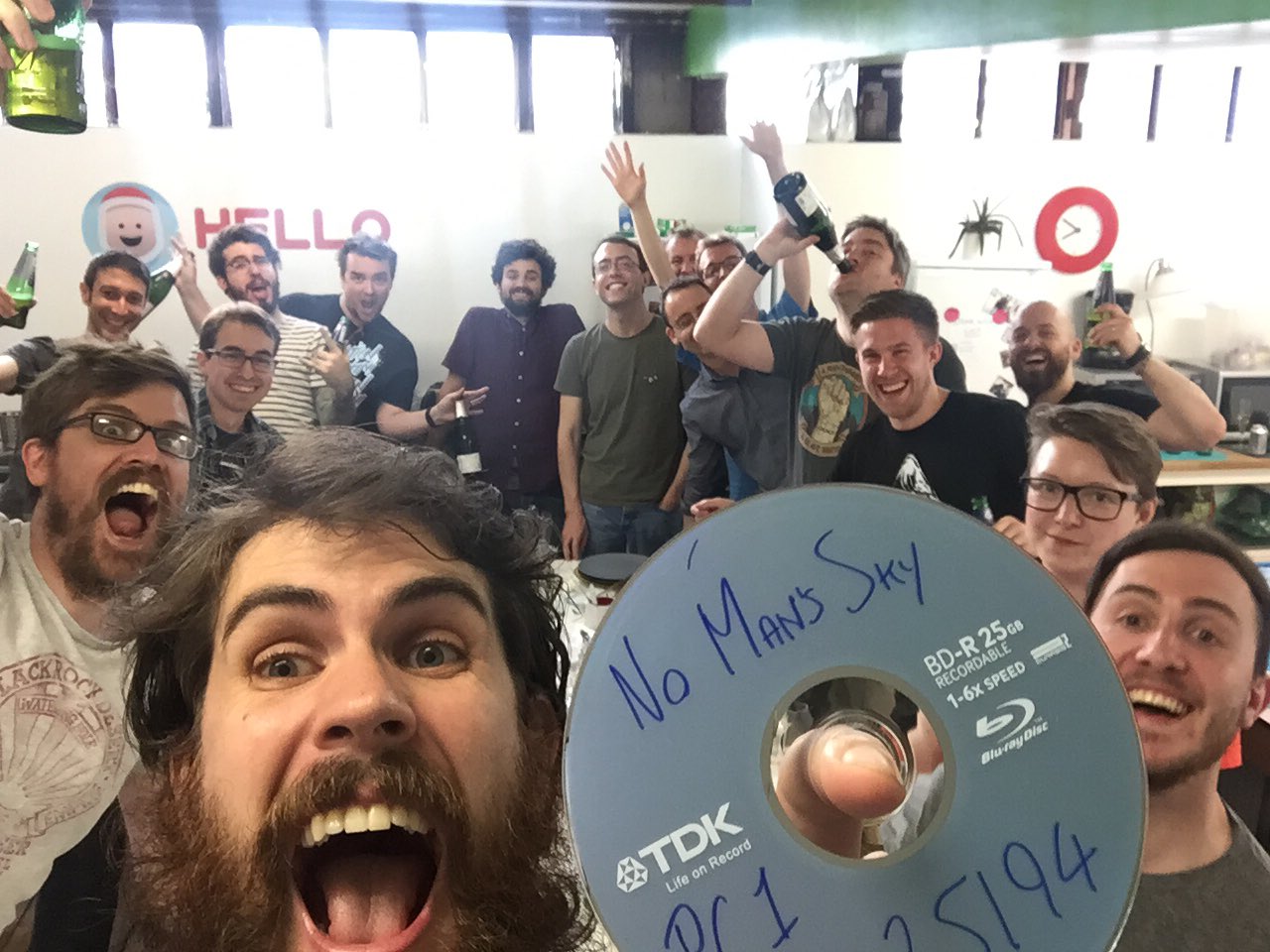 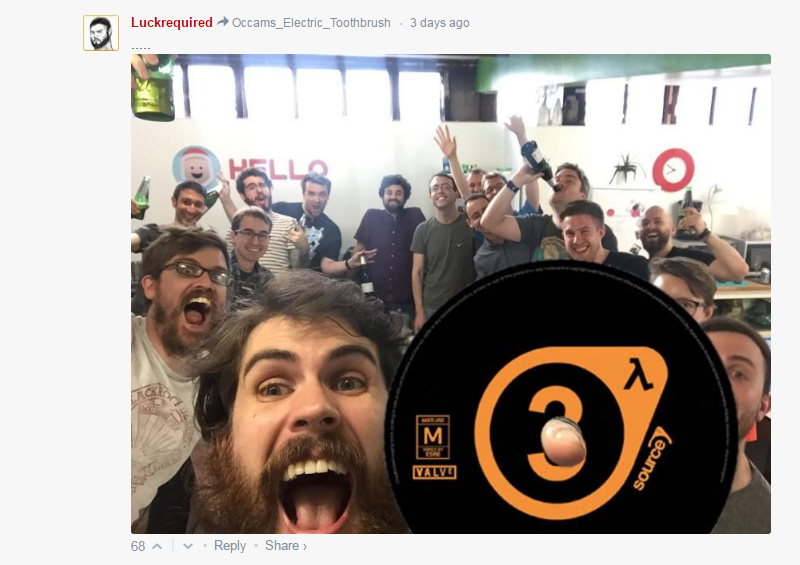 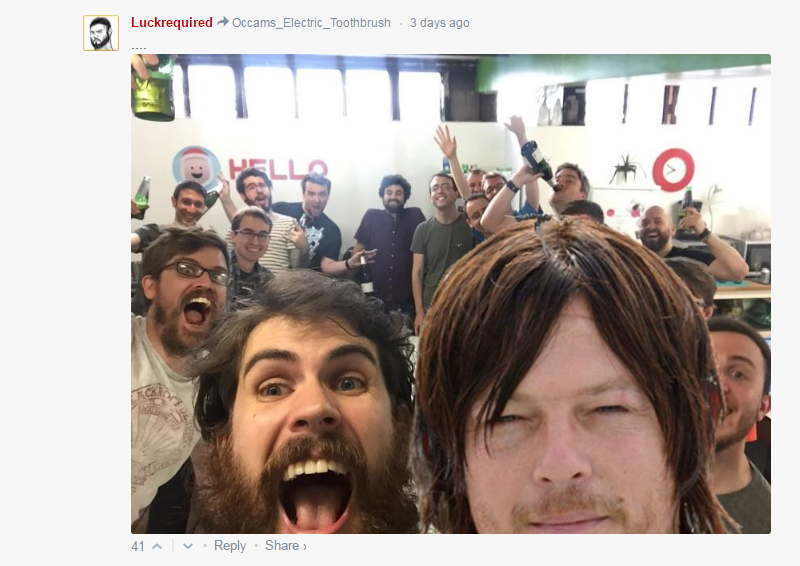 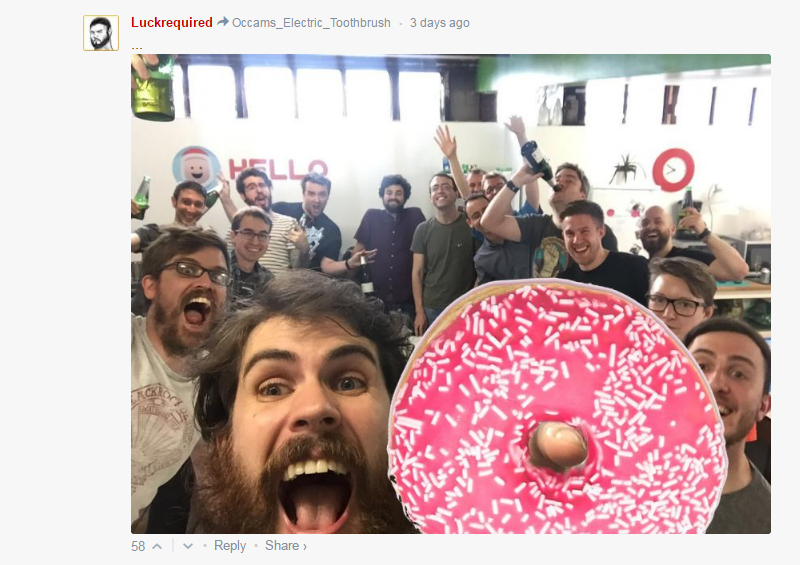 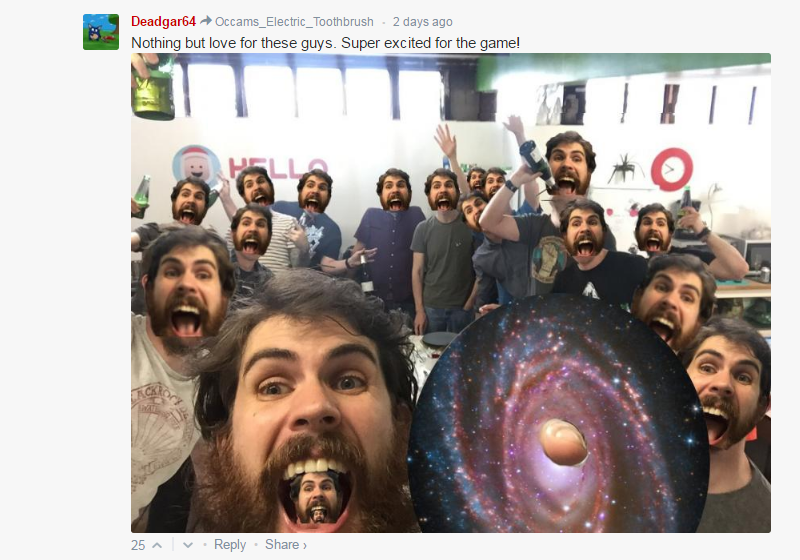 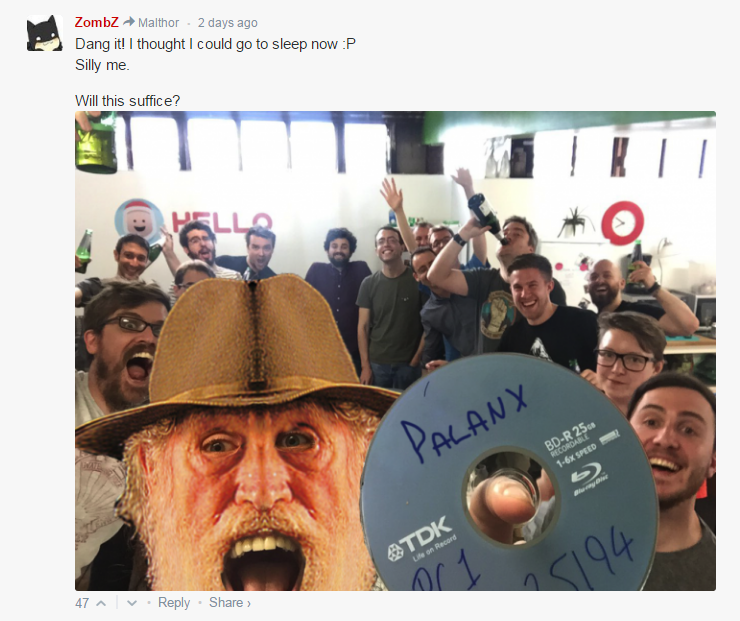 Dreamweaver: …Only at Destructoid, folks (and Kotaku on Sundays).

And that’s it for this edition! As always, comment down below which ones were your favorite (Seymour’s “Fly” comment), and which one you say you love just as much as the others yet secretly harbor a deep hatred against them (you know who you are).