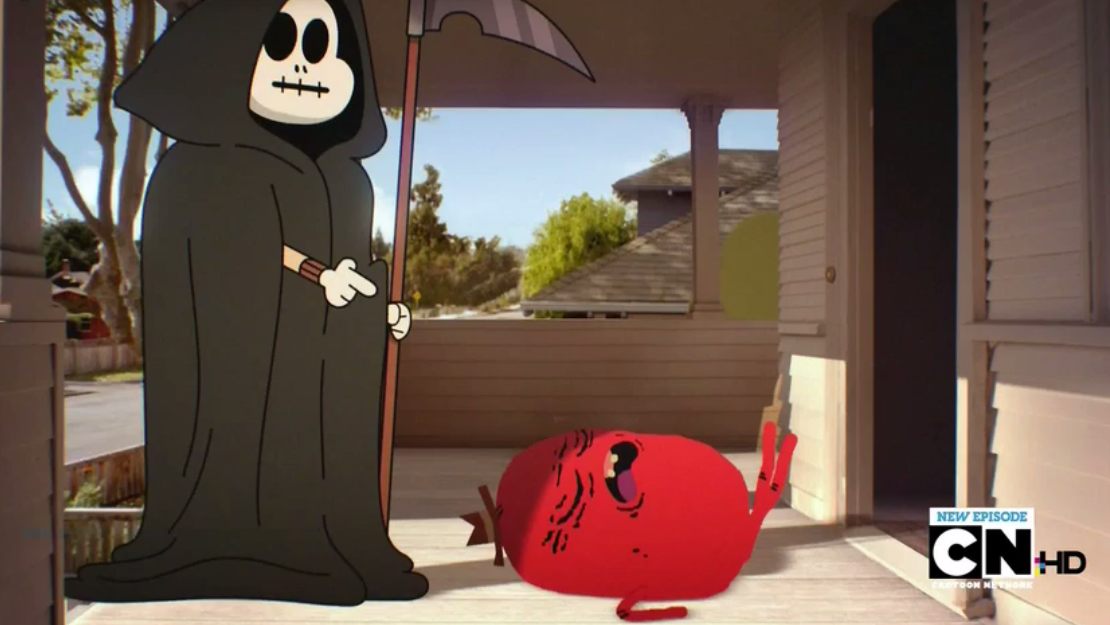 Welcome back everyone to yet another edition of Comments of the Week! This is the best community showcase in the whole entire internet because it’s the only community showcase to feature comments from fellow Dtoiders, such as yourselves! Well, there’s probably a Chinese knock-off somewhere, but this is 100% the real deal. For all of you guys who missed out on checking out the funniest things said around the website, or simply want to relive all of the weirdest jokes all over again because you refuse to move on in your life, then this is for you. As always, comments are placed into three toppings:

TRUTH: Americans eat more bananas than any other fruit.

WUT?: Because the only time I eat fruit are the ones on hamburgers and pizzas.

If you haven’t checked out last week’s Comments of the Week, then you’re clearly not cool enough to keep up and therefore must miss out. Yeah, sucks to be you, doesn’t it? 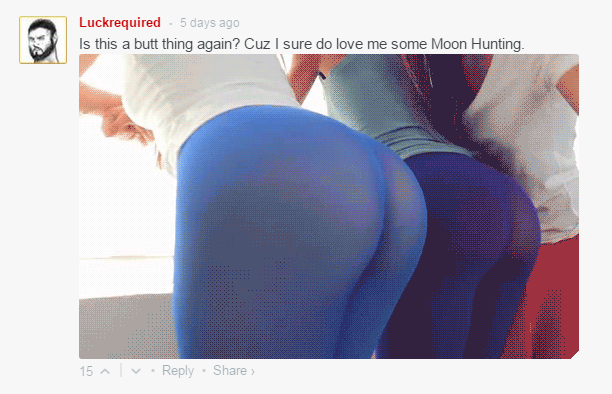 From Nintendo renames Pikachu in Hong Kong, fans take to the streets

Dreamweaver: I bet to them, seeing that many people crowd the streets was just another Tuesday.

Dreamweaver: The Persona series are pretty legit though.

From Sony’s E3 conference is returning to theaters

Dreamweaver: What girls rate me. 🙁

Dreamweaver: Give that man a raise! 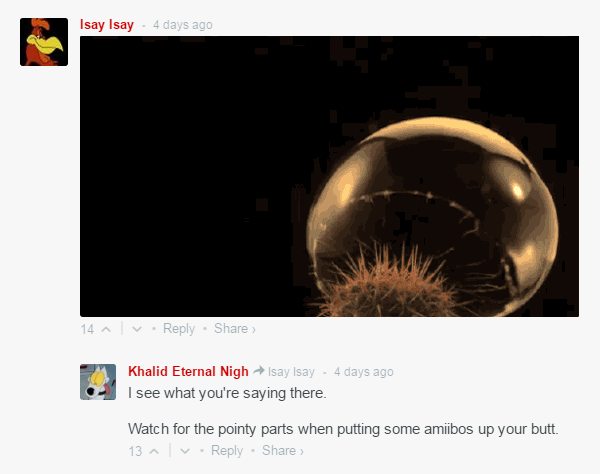 Dreamweaver: I am suddenly very fearful for my prostate…

Dreamweaver: Bethesda in the business.

From Oh, of course there are nude mods for Stardew Valley 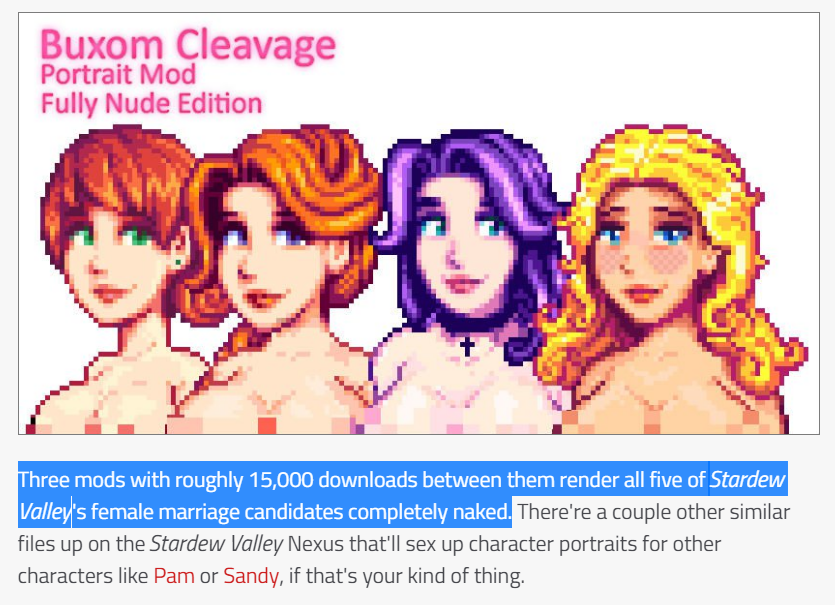 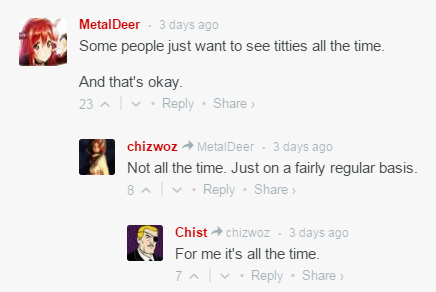 Dreamweaver: I feel sorry for all of blind boobies lovers.

From Overwatch’s BC-101 error has been fixed… hopefully 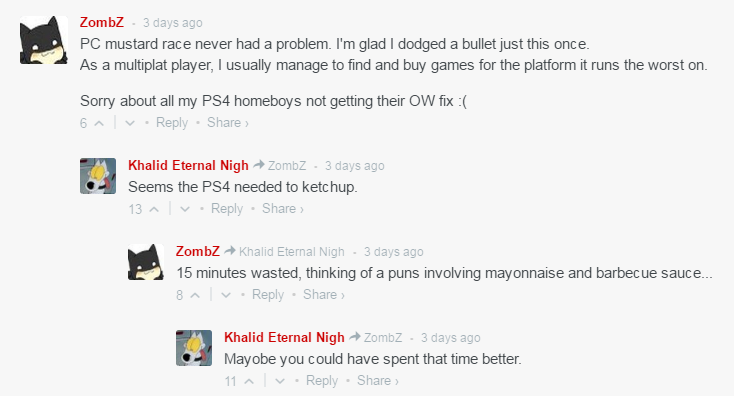 Dreamweaver: Mayobe sounds like a brand of low-fat mayonaise.

From APB Reloaded just won’t die, is back on Xbox One with massive microtransactions 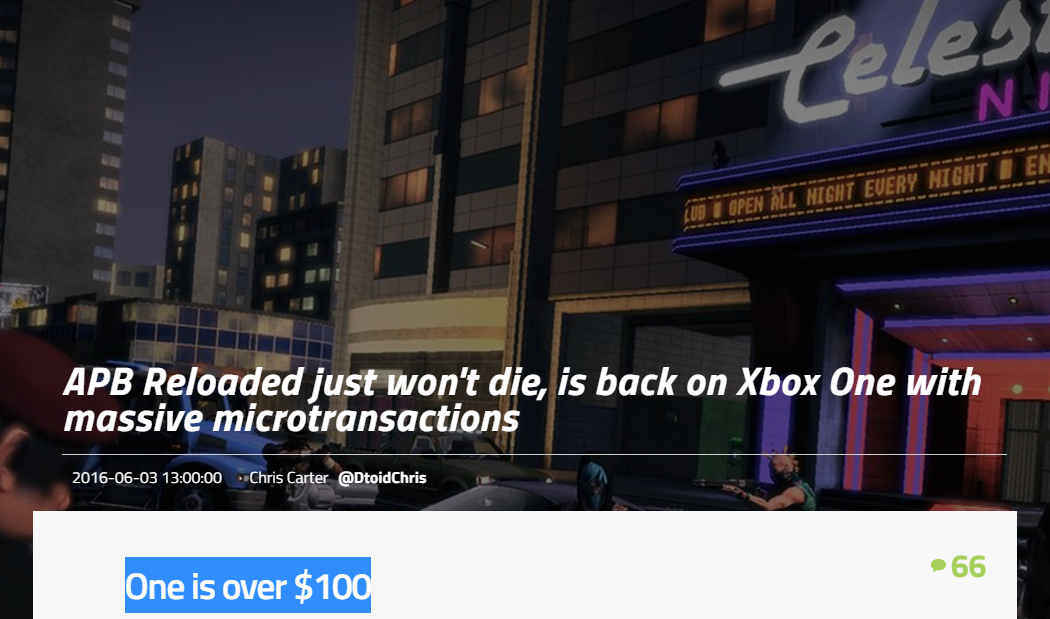 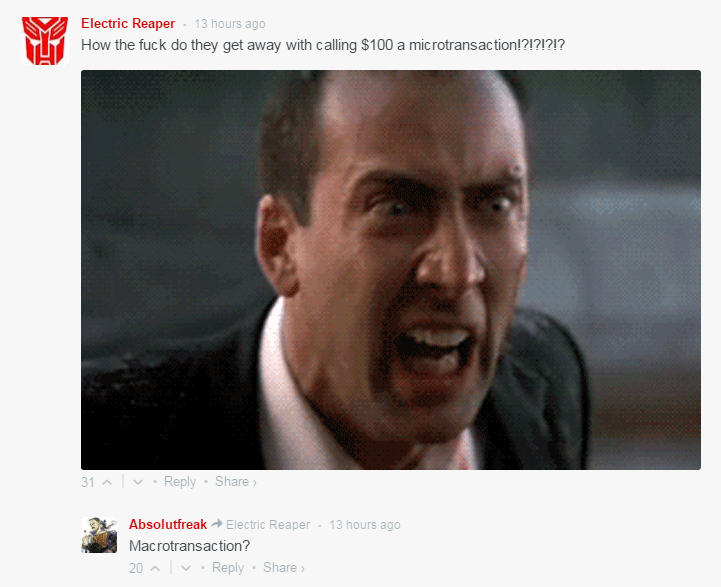 Dreamweaver: “How the fuck do they get away with calling $100 a microtransaction?”

By marketing them to rich white people?

From Sonic Runners is running out of time 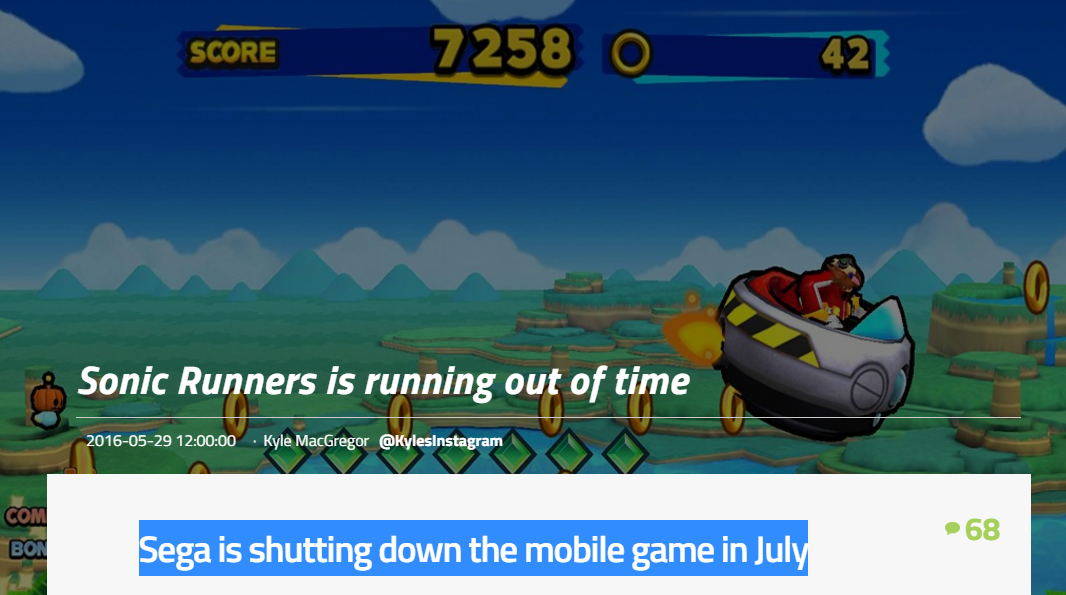 From Oxenfree’s getting free DLC, PS4 version out today

Of course I am. 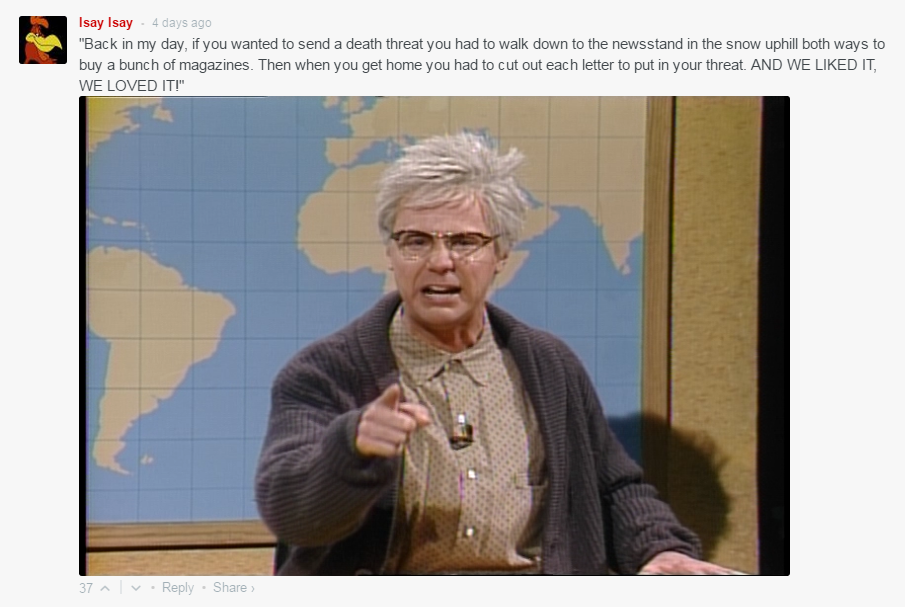 Dreamweaver: But that’s so bad for the environment.

From What does Watch Dogs 2 need to do differently?

Dreamweaver: What women say about guys who suck in bed. 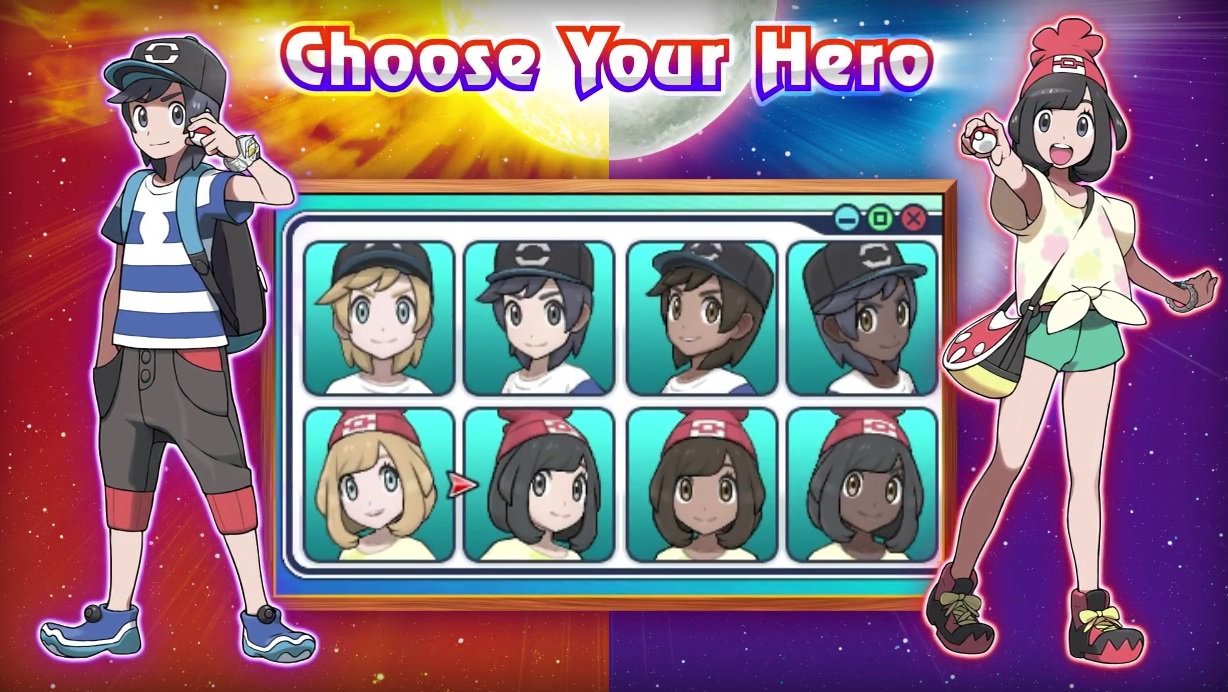 Dreamweaver: Sr Churros got the churros.

From s XSEED the best localizer around? 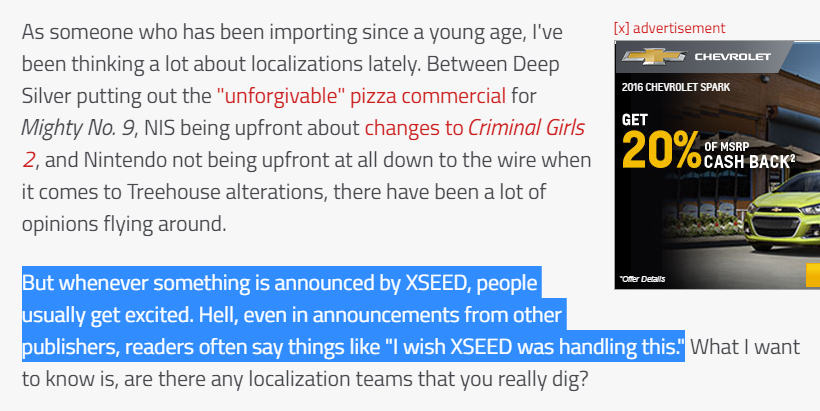 Dreamweaver: XSEED your way out of here.

From Capcom on SFV: ‘we will continue to put quality of the product above all else’

Dreamweaver: They probably would’ve but they wanted the game out by Evo.

From Where did these Dead Island Definitive trailer quotes come from? 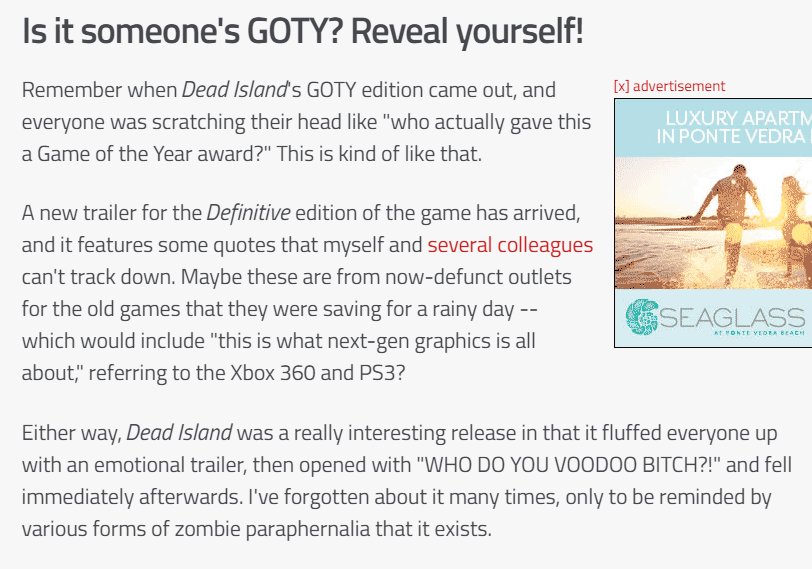 Dreamweaver: Hey,at least you get to see female boobs anytime you like!

From Review: The Banner Saga 2

Dreamweaver: I am also angry about his penis size.

Or do I transcend all of that?

From You can link your accounts to import Steam games into GOG.com 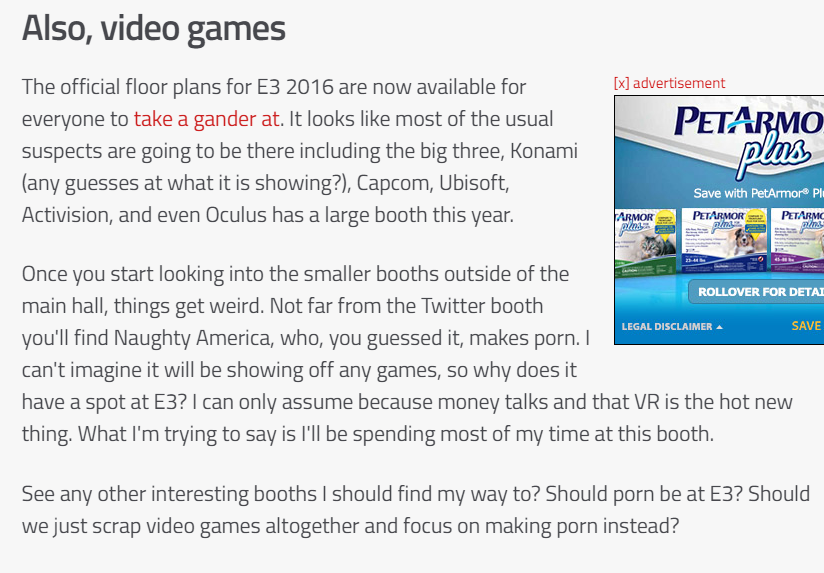 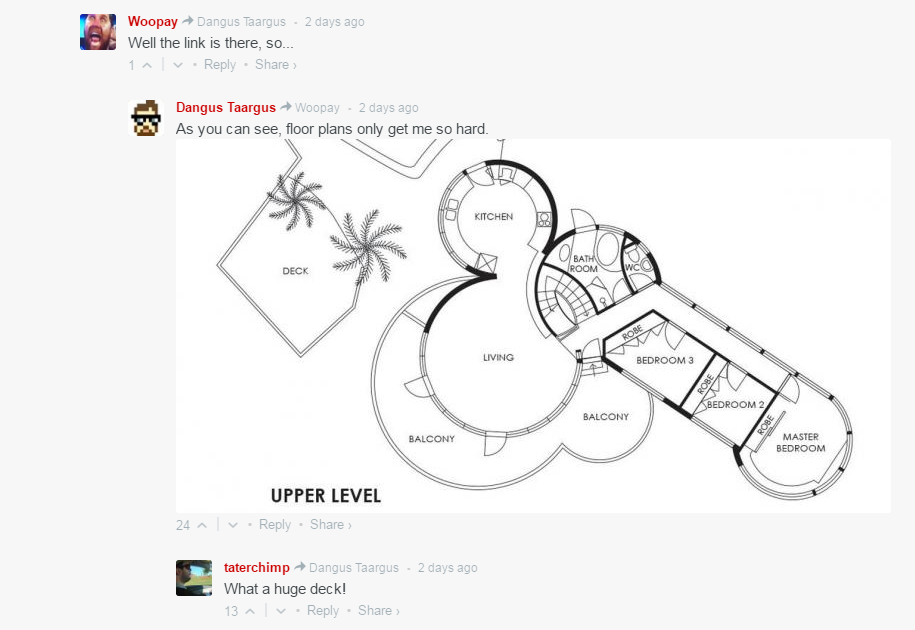 Dreamweaver: Look at the bushes on that deck!

From Nintendo will actually be showing more at E3 than Zelda

Dreamweaver: Replace “sarcasm” with any woman’s name and you have my high school mantra. 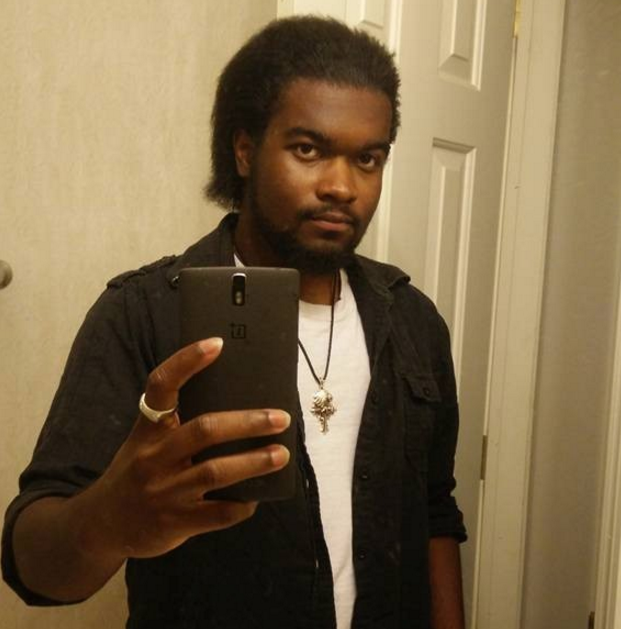 Dreamweaver: Are you selling it then?

Dreamweaver: These aren’t the hairy mans I’m looking for.

Dreamweaver: Wait, so I’m actually WORSE than all of the premature, tiny dicked losers?

And that’s it for this edition, folks! Did you have a good time? Then we obviously didn’t sleep together!

As always, comment down below what were your favorite comments, and don’t forget to hit me up with anything I might’ve missed.