Congratulations, you are now through the slowest part of the gaming year. Nothing major ever happens at the very end of December through the first week of January. But can you hear that in the distance? It’s the sound of hype. For, lo, the Nintendo Swtich event cometh with news out the wazoo! For now, though, let’s enjoy this quiet moment together and look though some comments.

Heroes of the Storm Adopts MOBA-Standard ‘Armor’ System, Doubles Down on Ranked Play

An easy explanation for why I don’t play many games competitively online:

I usually suck and just want to have fun, but there’s often too many “competitive” types who take it too seriously. 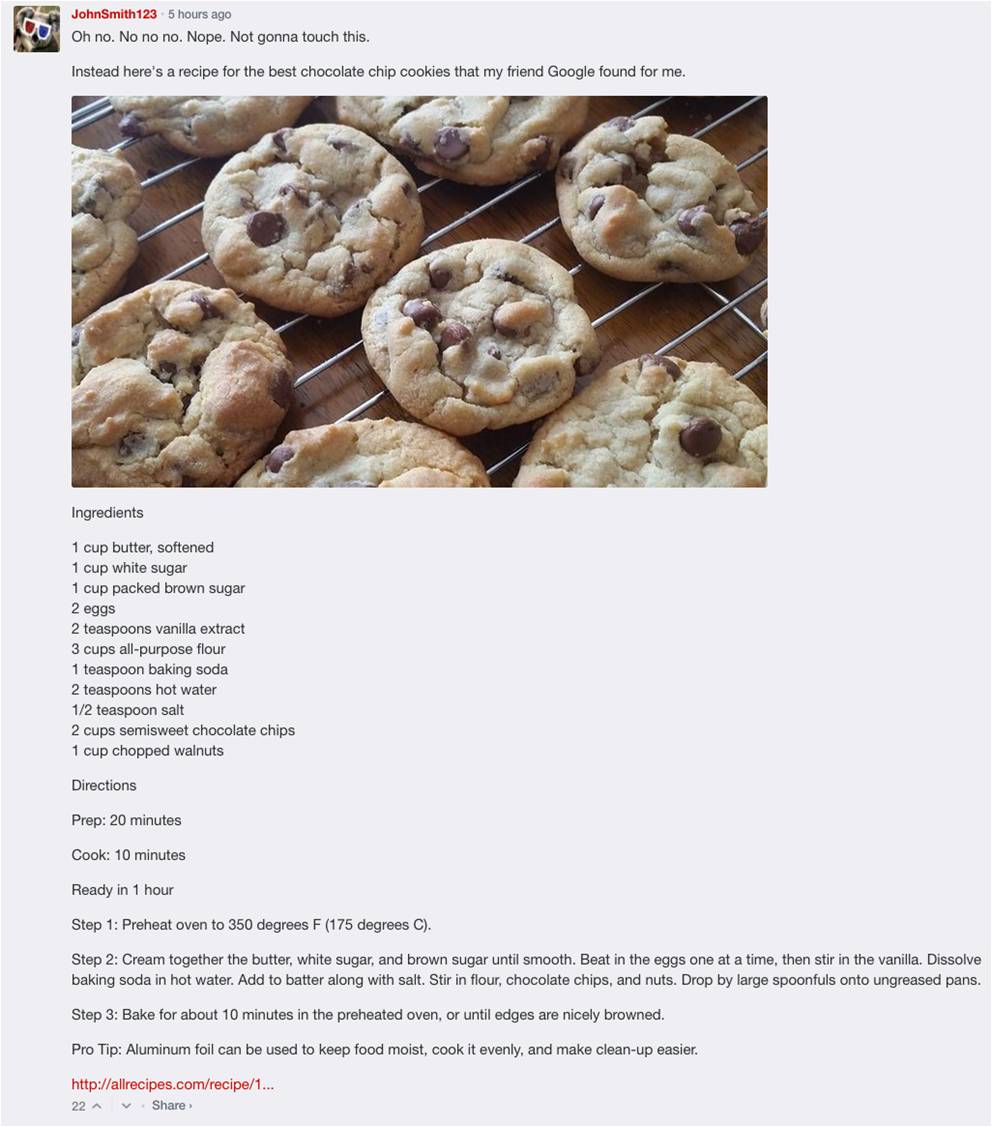 Good man! Much like the Grinch, I would also not touch this with a 39 1/2 foot pole. Plus, now we know how to make cookies!

Man, I think the last time I got a cool bonus for pre-ordering a game (that wasn’t part of some early adopter edition) was an art book I got with Dead Space. It was about 100 pages and came with 3D glasses to view some 3D images in the back.

How the Hell did Rocket League End Up as PlayStation’s Most Downloaded Game of 2016?

Yes, it’s a beautiful thing when fun wins out.

Tales From The Yawning Portal is the Next Dungeons & Dragons Book 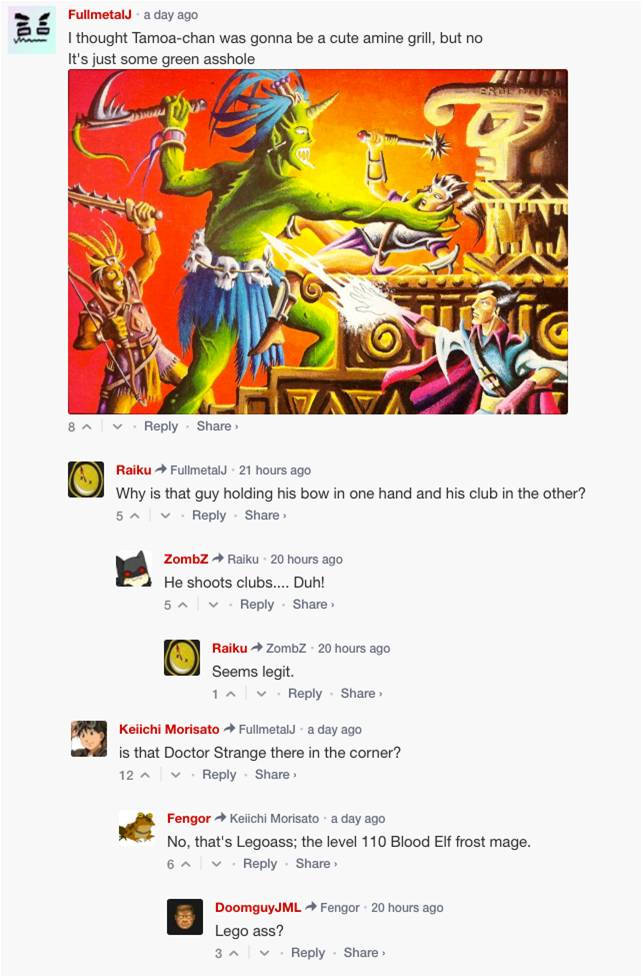 No, Tamoachan is not an adorable anime girl, unfortunately. Still waiting on that D&D campaign.

Resident Evil, Street Fighter PC Titles Up to 80% Off in Lightning Sale

Yeah, no, I’m good thanks. I would like to stick with the sexy ladies please!

(Also, thanks to ZombZ for the gifs. He said I didn’t have to credit him, but I do what I want. You’re not my dad, ZombZ!) 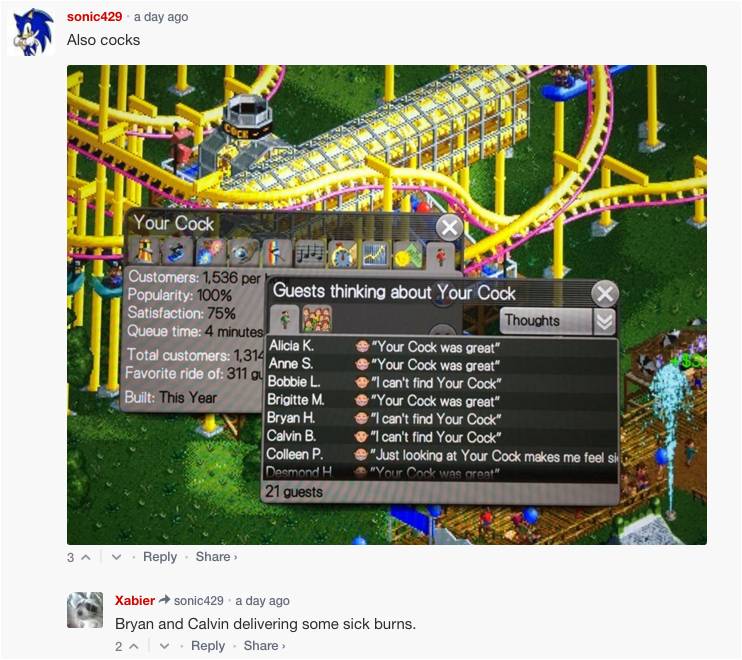 Poocy & Yoshi Shorts are Cute as Hell, Easy to Take Out of Context

Report: Localizing Zelda: Breath of the Wild for Europe is a Tall Order, Might Not Make it in March 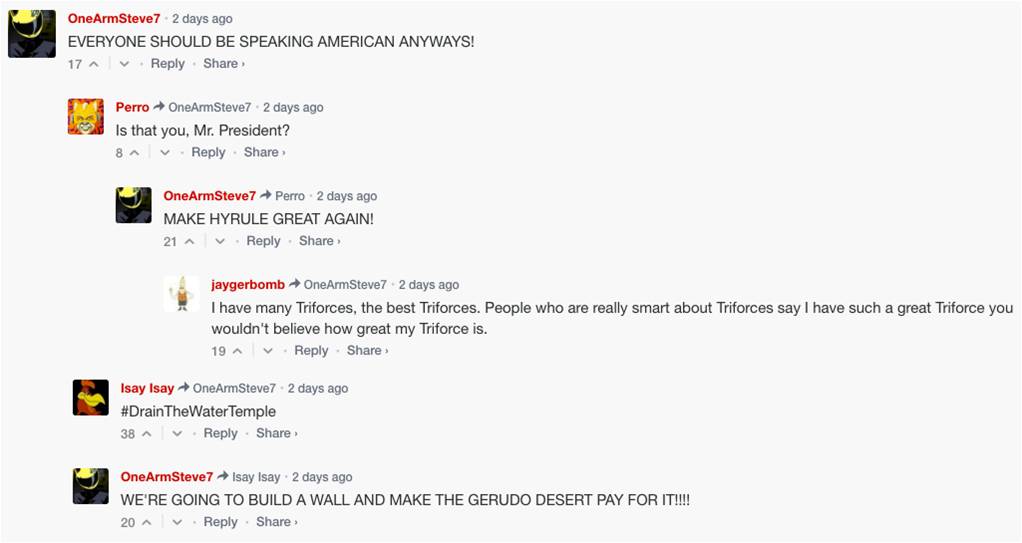 I can’t even add anything. They took all the good jokes!

Stephen Turner’s Personal Picks for Game of the Year 2016

Mass Effect: Andromeda is Coming in March, Much Sooner Than I Thought!

Enuo made this same joke on almost every post that day. It, uh, doesn’t always work.

With No Price, Release Date, or Real Info, GameStops in Europe are Taking Nintendo Switch Pre-Orders

I know this is supposed to be a troll comment, but it’s more like stating the obvious:

Like Traskin7, I’ve been a fan of Nintendo my whole life and have never been disappointed by its hardware.

Nintendo has a lot to learn about mobile gaming. 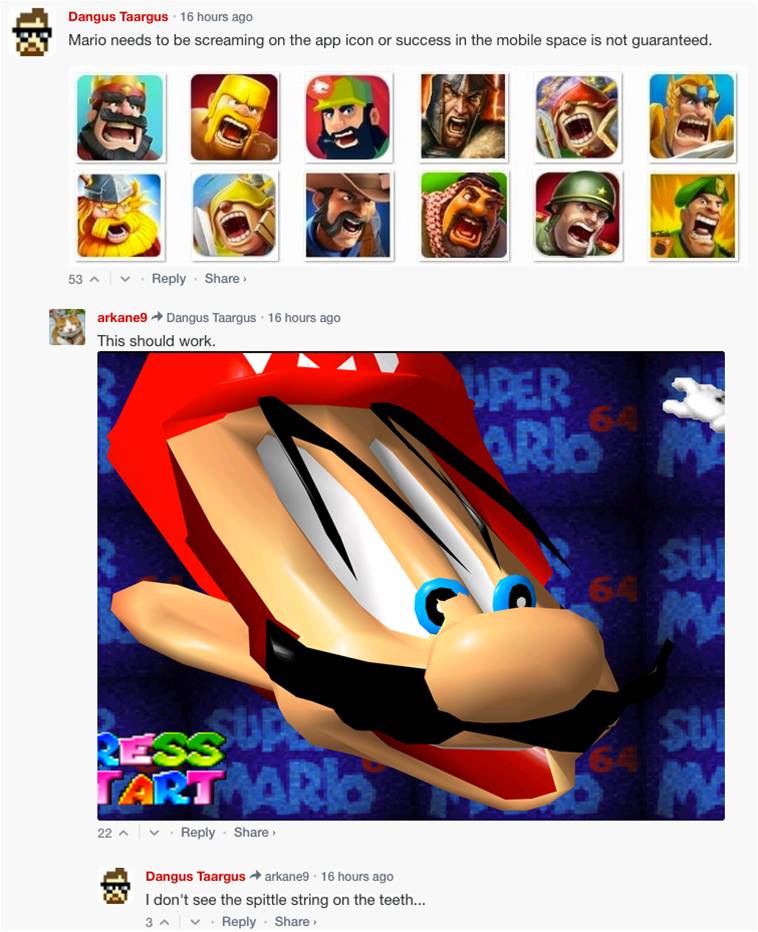 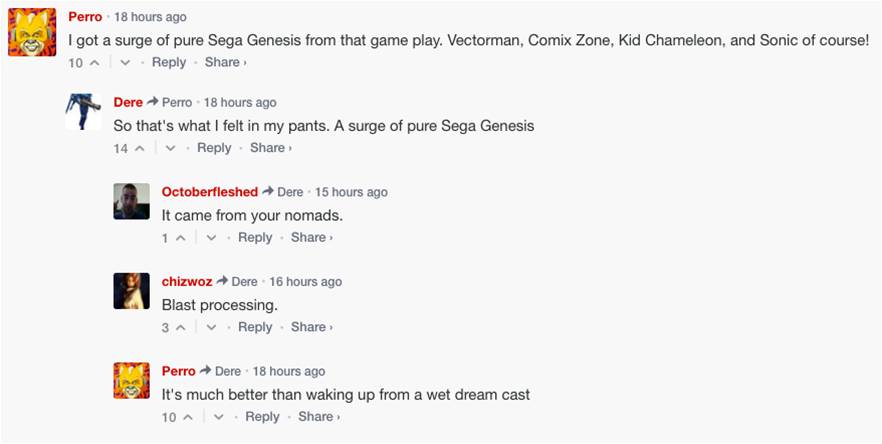 I hear a surge of pure Sega Genesis is even better with a ring around your Saturn.

We mustn’t forget the One True Game of the Year!

Get your bulletproof vests ready ’cause I’m about to fire some shots! 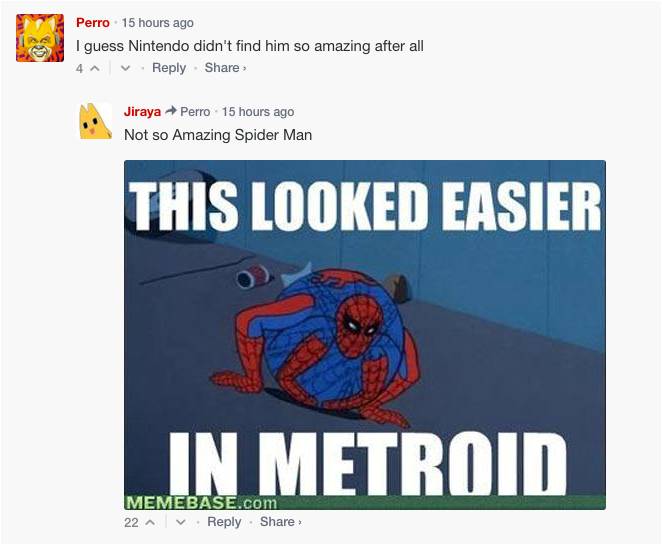 Even this meme is a better game than Federation Force!

Arkane Says Prey Won’t Have Launch Issues on PC, for Whatever that’s Worth 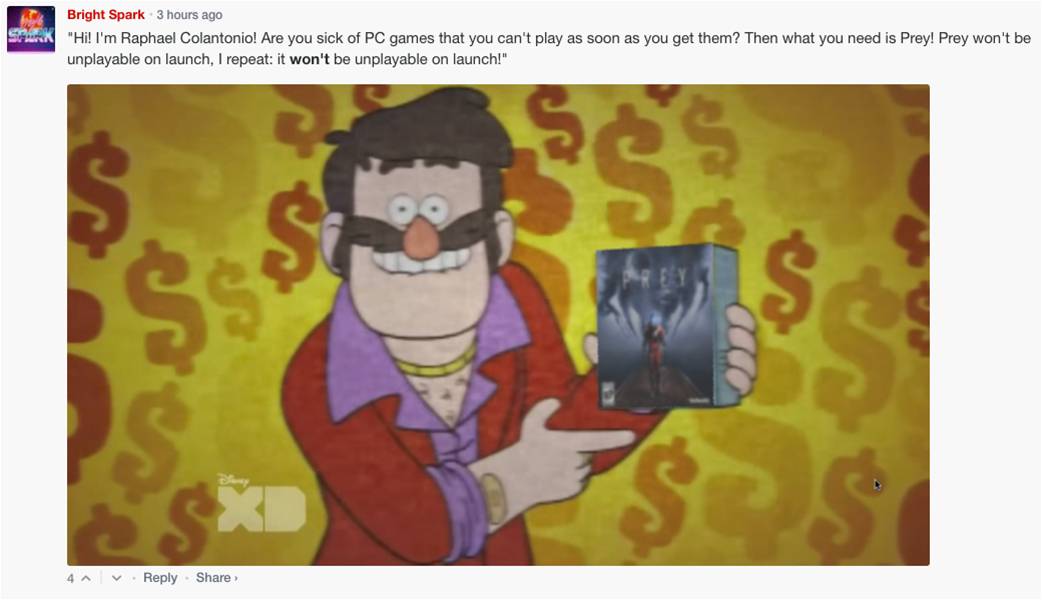 It was unplayable at launch.

Yeah, I don’t get this guy’s line of reasoning at all. We all love Toriyama. Hell, they might as well just call it Akira Toriyama’s Dragon Quest over here.

Man, Breath of the Wild’s Link Sure Cleans up Good [sic] After 21 Years

That sure would be nice, but this is Nintendo we’re talking about here. It invented the “super guide” to play games for you.

The Winners for the First Ever Steam Awards are… Interesting 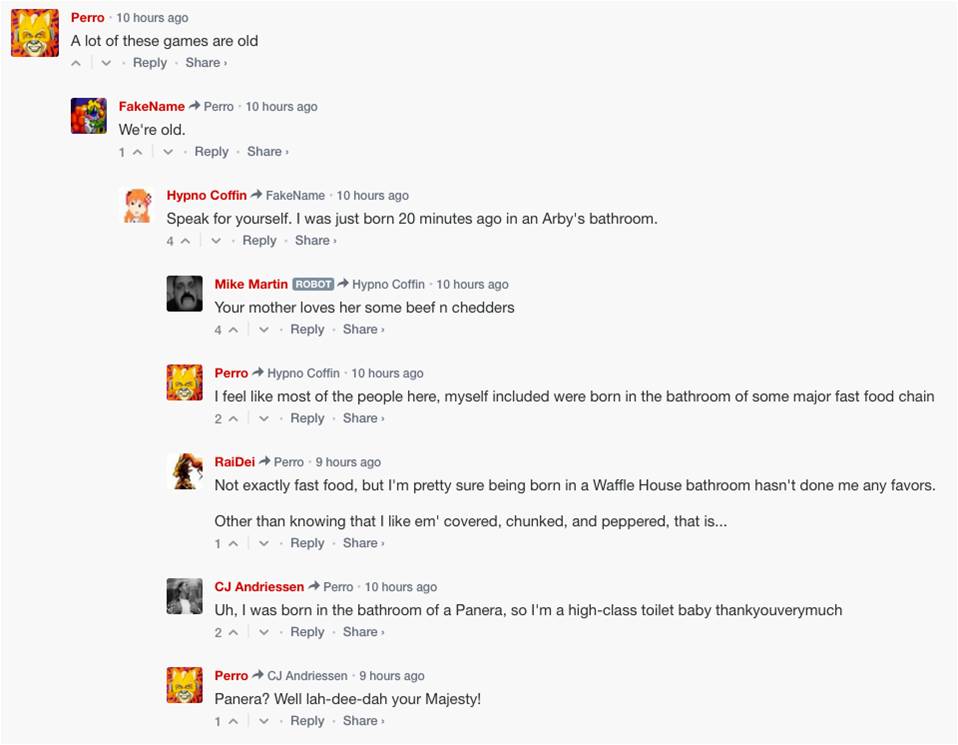 Everybody knows all the cool kids are born in Arby’s!

Are You Aware of What Kingdom Hearts: 0.2 Birth By Sleep: A Fragmentary Passage Even is?

I was too, Chris Carter. You had one job! 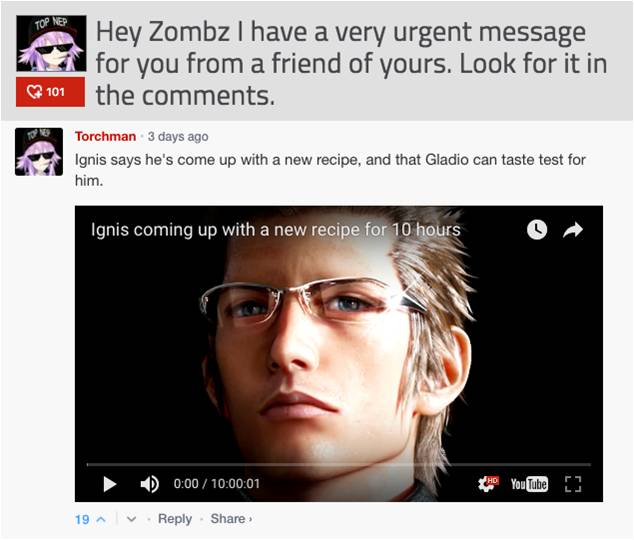 The first Commenter of the Week for 2017 is arkane9. Thanks for the nightmares! 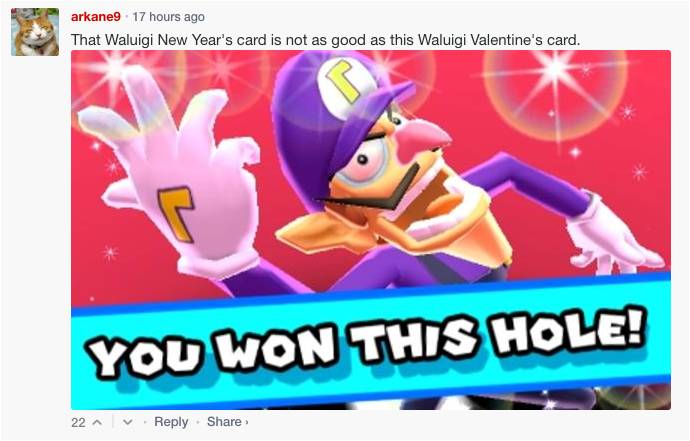 You’ve made it this far, now hop aboard the Switch hype train! I hope you like hearing about it, because it’s probably going to dominate next week’s comments. See you then! 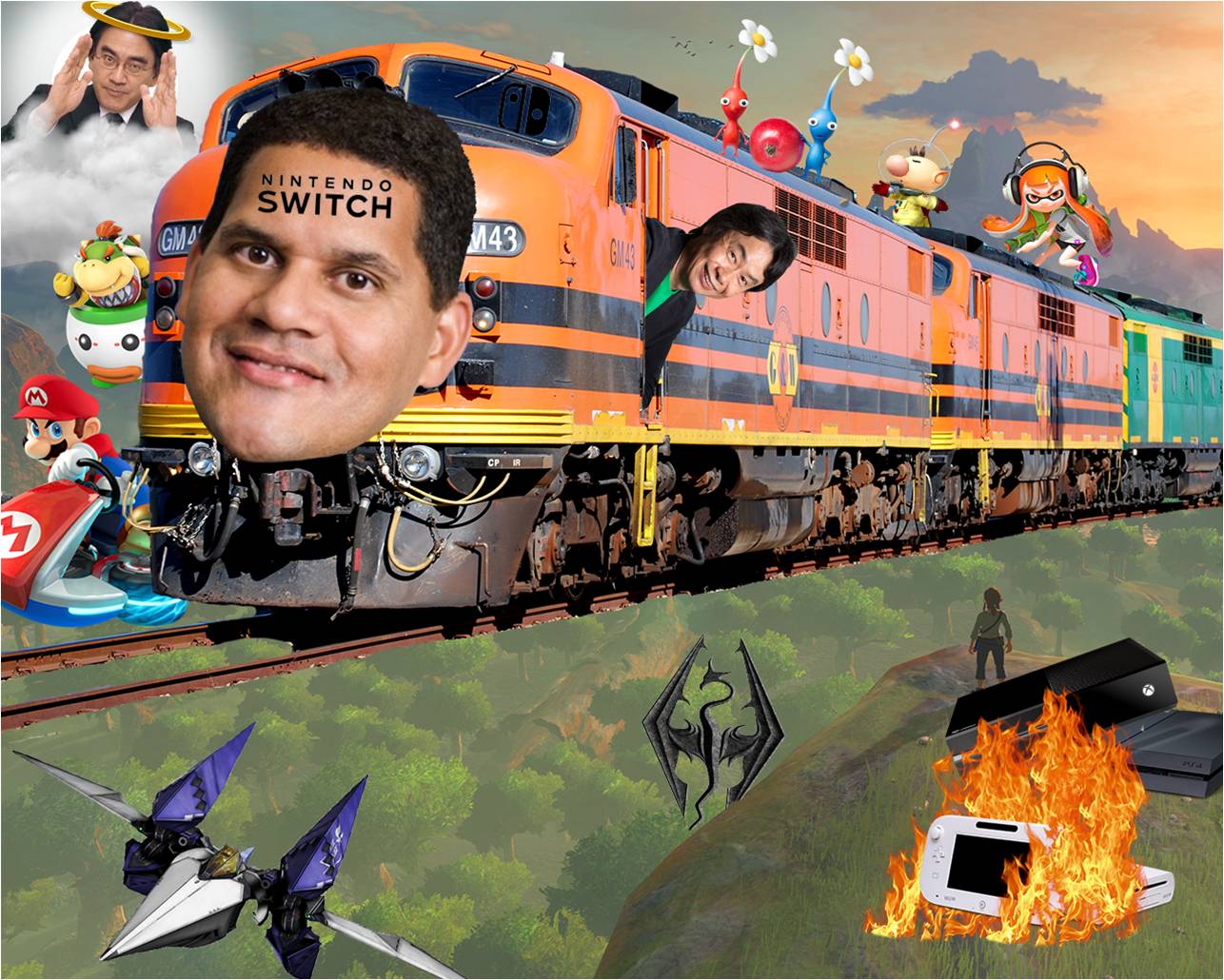