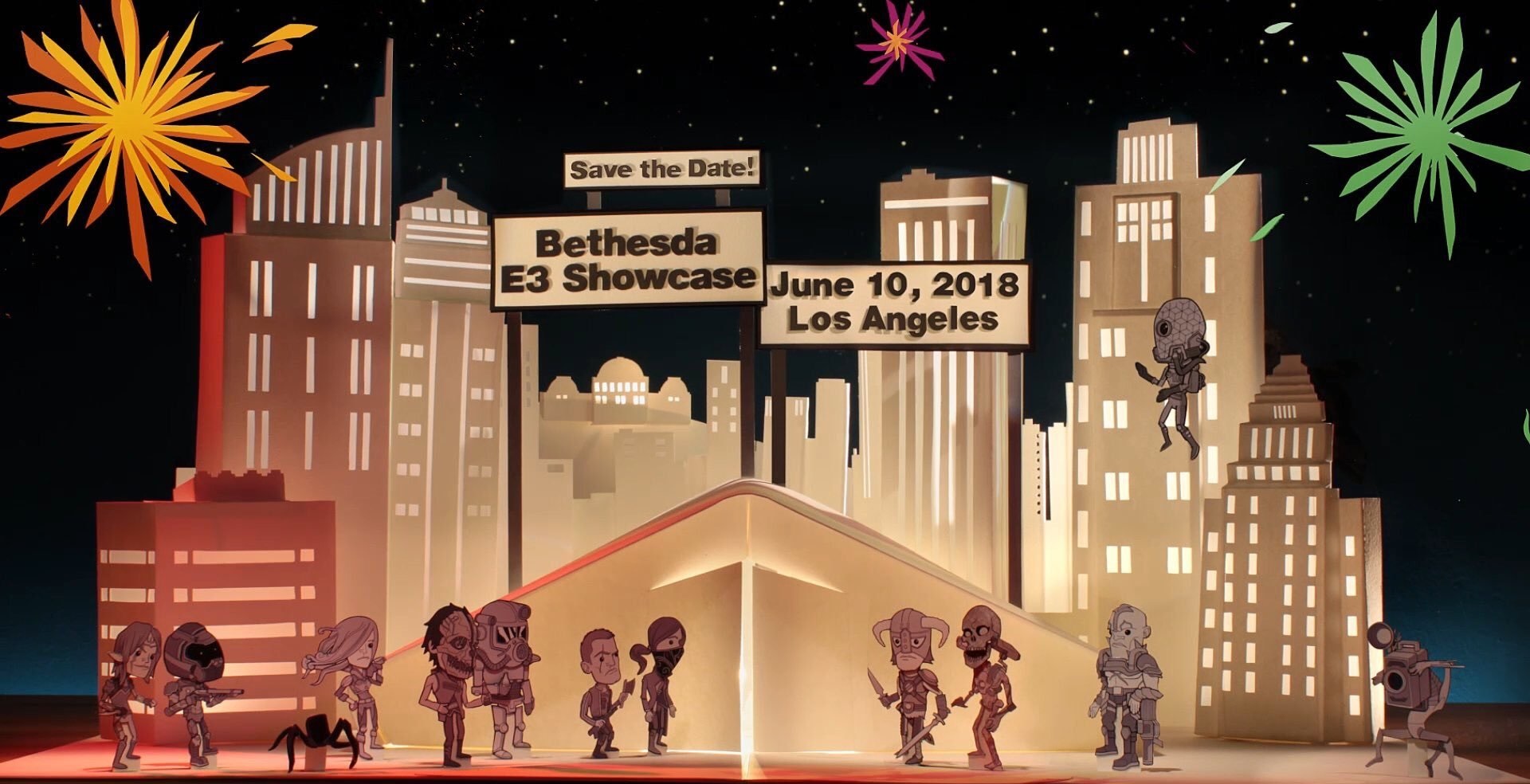 So much E3 already and it’s technically not E3 yet

Sunday’s soon coming to a close but not before Bethesda has its opportunity to drop some bombs. Will it be nuclear or a bunch of duds?

Bethesda hasn’t wasted any time this spring spoiling sections of its E3 line-up. Midway through May, a Walmart leak seemingly forced a Rage 2 reveal. Two weeks ago, a not-so-elaborate livestream event culminated in a Fallout 76 announcement. (Although Fallout 76 gets the coveted Hotel Figueroa advertising space, so this reveal absolutely had to come before E3 week.)

Apart from learning more about these games, Bethesda should have some tricks up its sleeve. One near certainty is an official announcement of the long-awaited Prey moon DLC. After that stuff, anything’s on the table. The Fallout Shelter surprise in 2015 was a massive success; it’s possible Bethesda will try something similar to recapture some of that red-hot attention.

Kick back with us and watch what Bethesda has to show. Make sure you’re still wearing your Sunday Best Commenting Clothes. We only want primo fire takes in the comments section.

(Also, here’s a link to the week’s press conference schedule so you always know which publisher is up next.)