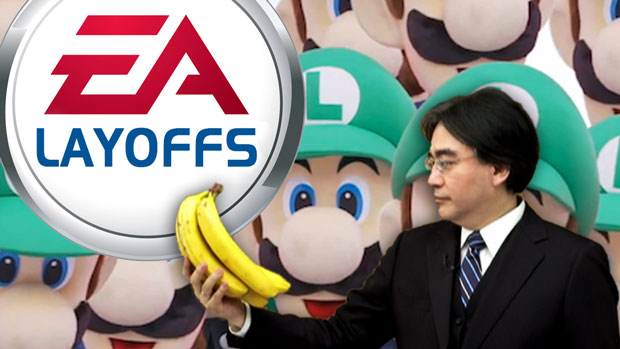 The Destructoid Show holds up a single banana

On today’s Destructoid Show, we did a whole bunch of extra-serious journalism about video games.

For starters, we have some facts and also some rumors about the upcoming reveal of the next Xbox. Boxart for Call Of Duty: Ghosts has surfaced, along with an entirely predictable release date. Because there weren’t enough bad things to say about them, EA has laid off an estimated 10% of its employees. Meanwhile, Nintendo has announced that it won’t be holding a press conference at E3 this year, and that Satoru Iwata has taken the position of CEO for Nintendo Of America. That long-in-development XCOM shooter-reboot has been officially renamed The Bureau: XCOM Declassified, and it’s coming out in August.