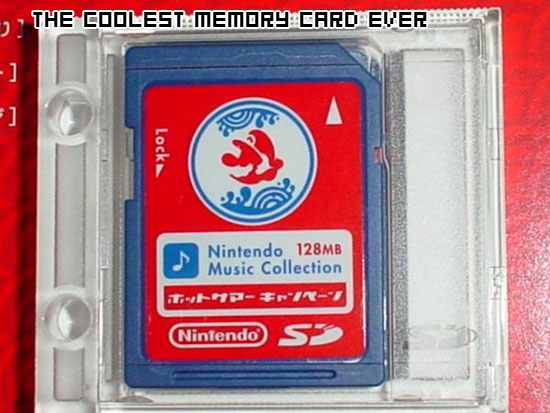 I never liked Star Trek, but I do remember seeing at least one Star Trek film awhile back. Near the end of that one, I remember seeing one character play some classic rock from some kind of miniature storage media. I also remember being totally amazed by the thought, hoping we’d see something like that in the future.

His forum post says that he needs a bit more Japanese training to read the card contents, so I’ll help him out. The card contains songs from:

Even though it’s been said a million times already, I really wish we had our own Club Nintendo. I’d kill for most of the stuff they get.