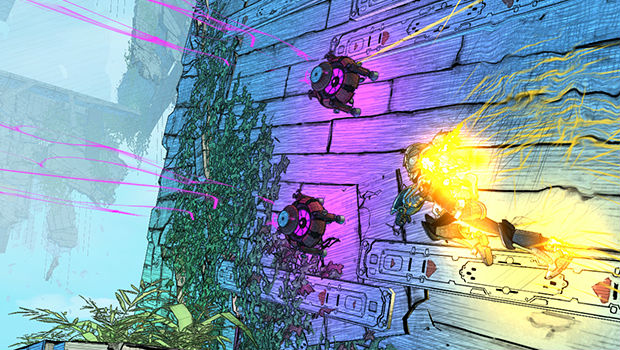 A while ago I brought a game called Cloudbuilt to your attention, and I called it a cross between Mega Man and Mirror’s Edge. It looks like it’s been gaining some steam, as Rising Star Games (who published No More Heroes in Europe)  has stepped in to help bring it to Steam this year.

The full game will feature 20 levels with “different routes” in each, four endings, branching level selection, and an “organic” learning curve. If you want to see how great Cloudbuilt really looks, check out the new screenshots in the gallery below!