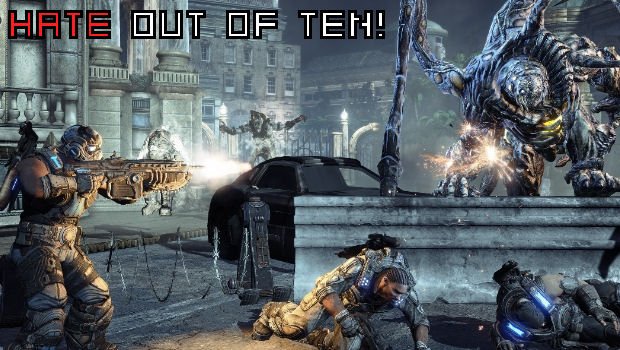 With any other videogame, scoring an 8/10 would be considered glowing praise. According to Epic Games’ Cliff Bleszinski, however, that couldn’t be further from the truth. In fact, according to him, anybody who dares give Gears of War 3 a score of eight clearly hates it.

“Doing great, apart from a couple of haters,” Cliffy told VG247, while talking about review scores. When asked to elaborate on the haters in question, he pointed to Eurogamer’s 8/10 review.

“You know, I didn’t quite gather it. I don’t want to come across as defensive,” he defensively said. “How do I phrase this properly? When people rated Gear 2 higher than Gears 3, it kind of upset me because I know Gears 3 is a better game on every level.”

An 8/10 review for any game should be considered a compliment, and for a developer to complain about that is to take somebody’s compliment and toss it back in their face. I find that unbelievably vulgar, and have to say that I am a little disappointed that a man who is currently swimming in perfect review scores is getting upset because he didn’t get just a handful more. The sheer spoiled greed of that attitude is staggering.

I just recently wrote an article about how certain games are assumed to have a divine right to certain scores, and I’m pretty sad that Bleszinski is actively encouraging such an insipid attitude. I wish I could understand how someone gets so overwhelmingly entitled.