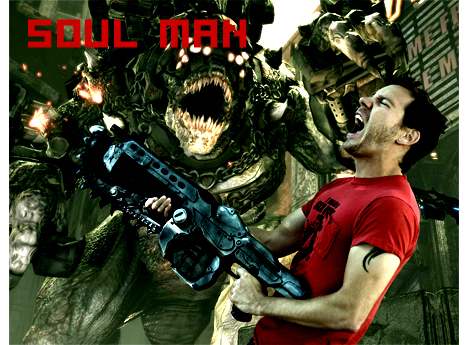 Cliff Bleszinski has no intention of farming out Gears of War. In an interview with Develop magazine at a recent press event, the designer spoke against the multi-developer approach to producing a series of games.

“…sometimes I feel a franchise loses something when it’s shifted off to another shop. You get the primary studio that really understands about the franchise, and sometimes the other studio that takes it over can do well, but there’s something lost in translation, like the game’s soul has gone.”

While I’ll certainly agree that you run the risk of damaging your property by farming it out to other teams, there’s an industry consideration at work here that I don’t think can be ignored. I like to complain about the Madden approach of releasing a new game every year that’s almost identical to the previous iteration, but that behavior is here to stay because people keep buying them and lots of money can be made from milking a popular franchise.

The approach of leapfrogging development cycles by using two seperate development houses could be helping to find a common ground between the consumer who desired quiality and the company that wants to cash in. It allows for satisfying the investor’s bottom line as well as the designer’s creative freedom by allowing a group to work a full two years on a title.

To use the Call of Duty example, Treyarch might make a sub-par game for the series in the interim period while Infinity Ward works on their next contribution. That’s absolutely possible. On the other hand, if Infinity Ward were expected to pump out a game every year, there’s a chance that all games in the series would quickly become derivative and mediocre.

Do you think that games like Call of Duty will suffer in the long-term from the design approach that Activision is taking, or will it help to ensure its longevity?