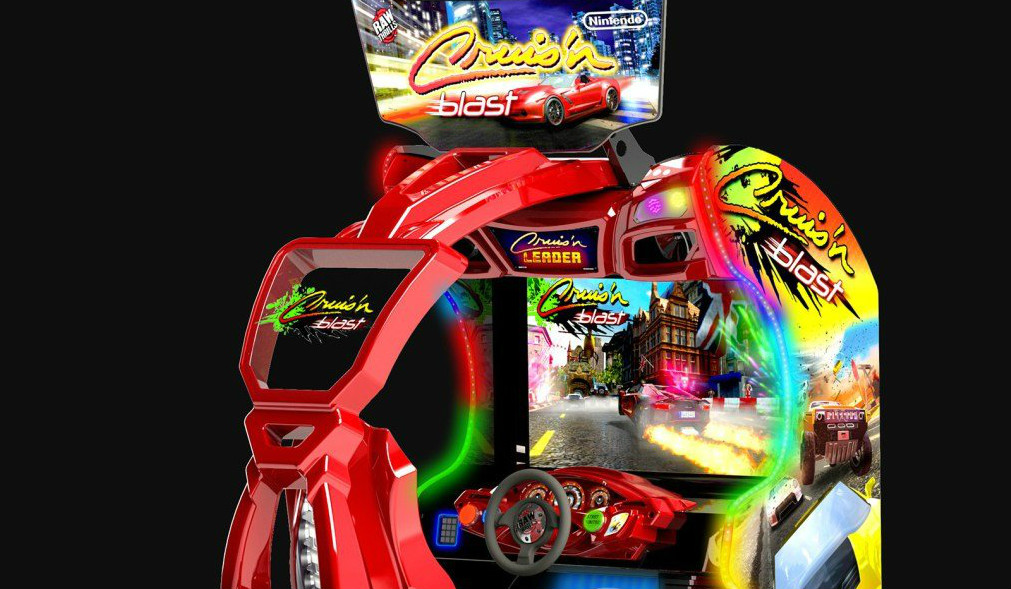 When I tell people I have a Cruis’n game collection, half the responses I get are “huh?”

It’s a relic of the past, something that went out during the decline of the arcade era — at least, that was the cast until recently. Raw Thrills (in conjunction with Nintendo, who owns the rights to the series now that Midway is kaput, has announced Cruisn’ Blast, and get this — Eugene Jarvis, the original creator of the franchise, is back as the head of Raw Thrills.

The follow-up is coming “exclusively to arcades” for now, with a 43″ 1080p screen, GTX 750 Ti Nvidia-powered visuals, and up to eight-player multiplayer. If this does well, and I hope it does, maybe we can get a console port on the NX?