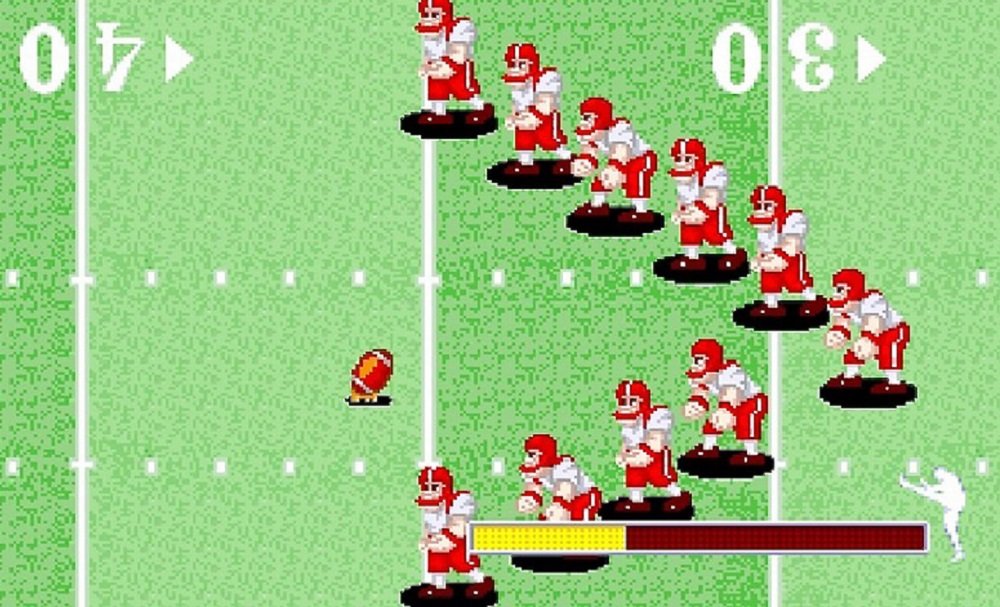 Just in time for this weekend’s Super Bowl, retro-publisher Hamster has re-released that ground-break football title Tecmo Bowl on PS4 and Nintendo Switch – though it should be noted that this is the original arcade version, and not the legendary NES port.

Originally released in 1987, where it blew arcade-goers away with its beefy dual-screen cabinet and four-player support, Tecmo Bowl was warmly received as a great digital adaptation of America’s Favourite Pastime… Or is that Baseball?.. Aah, who cares? Tecmo Bowl featuring two teams of nameless jabronis battling it out on the gridiron, where Offense and Defense must out-think their opponent’s play choices to score a Home Run. Whatever.

Here’s a video of Tecmo Bowl in action, from YouTuber Amyofauir.

The famous NES port, that came along in 1989, had downgraded visuals and less players on the field, but also struck a deal with the NFLPA, allowing for the appearance of real NFL teams and stars, such as Joe Montana, Bo Jackson, Lawrence Taylor, and Walter Payton. Again, this licence did not apply to the original arcade release, hence the fictitious “Bulldogs” and “Wildcats.” In fact, even the Switch port of Tecmo Bowl NES is missing these names, as the licence expired many years ago.

Tecmo Bowl is available to download on PS4 in Japan and Nintendo Switch worldwide, priced around $8.