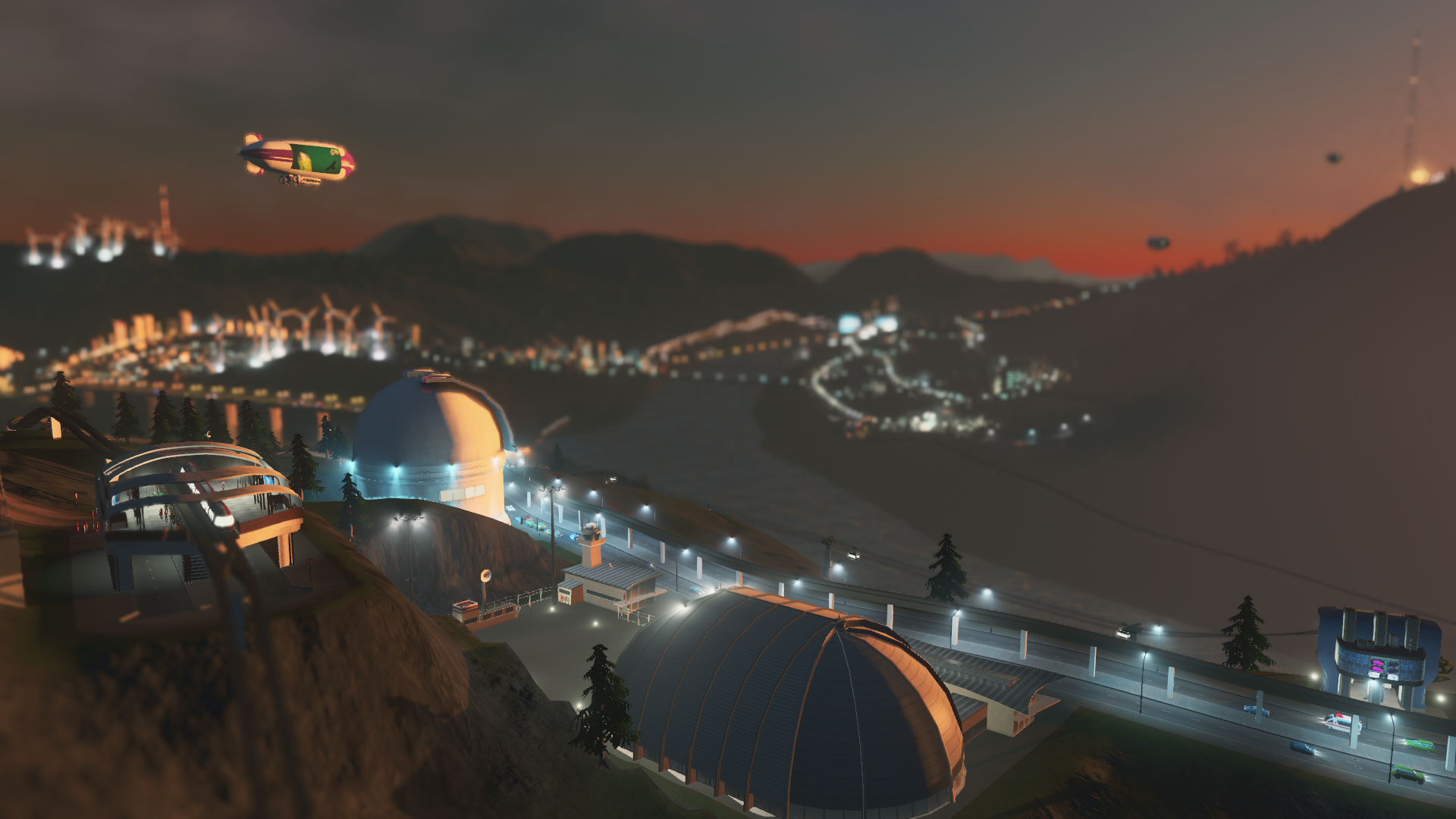 Also other transit options, I guess

I have been playing city-management sims throughout my life, and despite that fact, nothing I have created in them can be considered either efficient or beautiful. I shamelessly blame my inability to do so on growing up in a region that couldn’t plan its way out of an empty room. Whatever the cause, my cities are an endless sprawl of gridlocked roads and badly shoehorned rail lines.

Thankfully, the next expansion for Cities: Skylines focuses on, you guessed it, mass transit in all of its forms, determined to save me from myself, or, more likely, bury me alive in a mountain of transit options, never to be seen or heard from again.

Announced to be in the expansion are monorails, cable cars, ferries, and best of all, blimps. This will be on top of new variations of your boring-old roads and bridges, since I suppose you’ll still need those until you create a blimp-only society, free of the rigors of plebeian foot travel.

Linking these together are mass transit hubs, giant, sleek buildings that will let your tiny pseudo-people transfer between transit lines seamlessly – and since citizens in Cities: Skylines understand how to use roundabouts, clearly they already live in a more utopian society than we ourselves do.

Also included will be new scenarios that, “will test your traffic management skills and transit system vision”, as well as new hats for Chirper, because “no expansion is complete without some new hats for fictional birds!”

Cities: Skylines – Mass Transit will set you back $12.99, about $2 cheaper than the previous, more explodey Natural Disasters.