The spruced-up remaster lands in April

That Nvidia GeForce Now leak has panned out again! This time, it’s an HD remaster of Chrono Cross for consoles and PC, which got a nostalgia-inducing trailer today.

As confirmed during this afternoon’s Nintendo Direct showcase, the Switch is getting a touched-up version of Square’s cherished PlayStation role-playing game, further rounding out this platform’s wonderful RPG-loving status. Chrono Cross: The Radical Dreamers Edition is launching on April 7, 2022, and there’s a pleasant surprise included: a text-based adventure called Radical Dreamers, which dates back to the Satellaview. Other bonuses: enemy encounters can be disabled, and there’s an “enhanced” soundtrack.

A bunch of your faces lit up — well, virtually — when this Chrono Cross remaster surfaced on the stream. It’s a feel-good Nintendo Direct moment, for sure.

The Chrono Cross remaster has an auto-battle feature, pixel and HD fonts, a toggle for “original” and “reworked” graphics, “refined” background music from Yasunori Mitsuda, and “brand new artwork and character redesign” from Nobuteru Yuuki.

There’s some new artwork as well! But, at the moment, no sign of a physical edition. 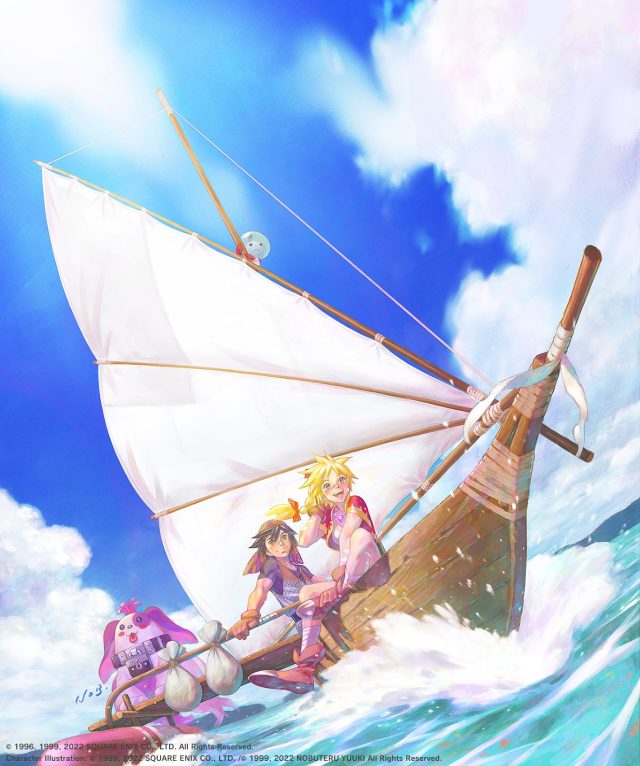