There was once a time when all I needed was a copy of Half-Life, access to FilePlanet, and an Internet connection to be happy. Action Half-Life, Front Line Force, Day of Defeat, The Opera, Counter-Strike, and the list goes on.

Teenagers barely older than me were coding my favorite games and letting me play for free. I never forgot how that felt and what it meant to me. Neither has Steve Piggot, President of Torn Banner and lead designer of Chivalry: Medieval Warfare.

From putting out one of the early mod hits of Steamworks to giving away 1.6GB of content for free in Chivalry, his first commercial release, Piggot continues to expand his fan base by paying respect to the one that once inspired him. 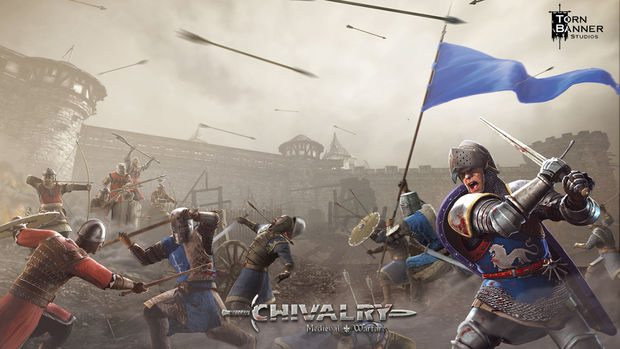 Chivalry is a game composed of the type of idiosyncrasies that get stomped out during the design process in mass-produced, big budget titles. Somewhere in a boardroom, a man in a suit may ask, “Why is there a button dedicated to senselessly shouting?” or “Why are there five different buttons for attacks?”

Before Piggot’s passion project drew comparisons to War of the Roses and Mount & Blade, Source mod Pirates, Vikings and Knights II was his fiercest competition. Piggot joined the team of a 2007 medieval-themed combat mod called Age of Chivalry — an idea uncommon at the time but still established through Pirates and other mods. Age of Chivalry was lost in a sea of other free offerings, but eventually found an audience when it was one of the first five mods brought to Steamworks by Valve.

Over the next couple of years, Piggot lead the team, as key members left, and Team Chivalry became Torn Banner. When Unreal Development Kit was released for free in 2009, Torn Banner adopted the new engine and continued to make a commercial sequel to Age of Chivalry. It’s a position that many modders have filled in recent years, but none has done it with the faith in community and, well, chivalry that Piggot has. 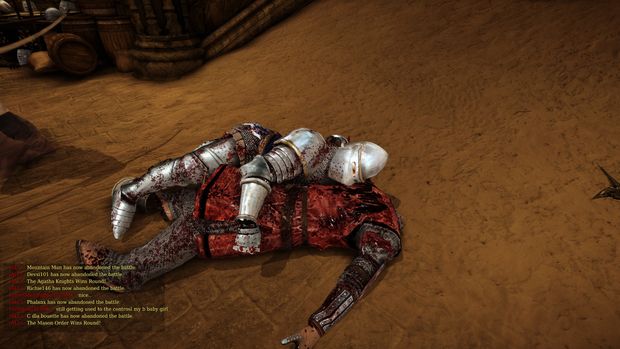 On making the difficult transformation from mod team to studio, one which many have failed (here’s looking at you Homefront):

“We’re doing pretty good. We were really up front about it. We weren’t pretending to do what we weren’t. We said, ‘This is what we are doing. Take it seriously.’ — and some chose not to; and that’s up to them. We had to pickup some more guys along the way that helped us finish. Any time in business where you can be honest with people … trust is everything. If you can say ‘this is what we are doing’ to your fans, consumers will become your fans.

“We were looking at pubs for a while; that was something we really were nervous about doing on our own. We thought we knew how to make an awesome medieval game. We don’t know how to do marketing, legal and all that. We shopped to pubs for a while and it didn’t work out; we had some small bites. It’s true that making a good game is enough and that really worked out well for us. That’s something I encourage any indie developer in the digital space to do. To do it yourself. It’s going to make your dream a business instead of keeping it a non-reality.

“We were forced to do it ourselves. We need it to work. We take it more seriously than someone that does it to make a little money. I think a lot of the times teams will break up because drama. Anything that takes away from making awesome games is what breaks teams up.” 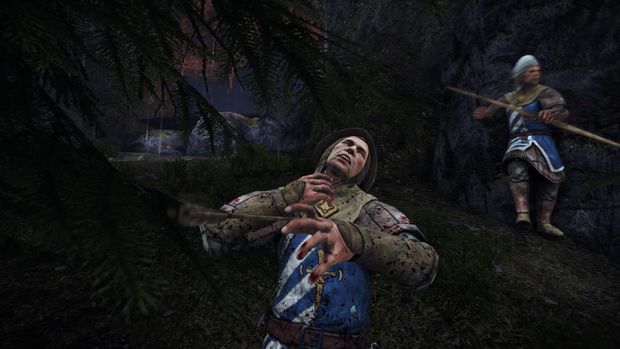 On War of the Roses, Mount & Blade, and players jumping ship for Chivalry:

“I don’t know exactly when, but War of the Roses was announced after a year of working on [Chivalry]. We figured they’d be a 2013 title. There was a lot of confusion between both of us. I don’t think we knew what was going to happen. We were just like, ‘Ok. Oh well. I guess we are going head-to-head. Did not expect that.’

“I don’t think anyone expected us to do as well as we did. That was pretty surprising for everyone, including us. We were friendly with these guys. We met at trade shows and talked through email. It was just very friendly.

“I definitely think we took on some of [War of the Rose‘s player base]. Mount & Blade is still massive and it has single-player too. It’s a similar genre but Chivalry has a new flavor, new twists, team objectives, and a faster pace. It’s a lot gorier than the other options; you can assassinate kings and other stuff. So it’s natural if you are interested in those games that you’ll be interested in this too.

“I think our strategy is marketing via gameplay. I don’t want to speak to their strategy, but it’s not that. I’d never say we have more awesome customization then them; it’s not true. We have awesome gameplay, and that’s why we have more players.” 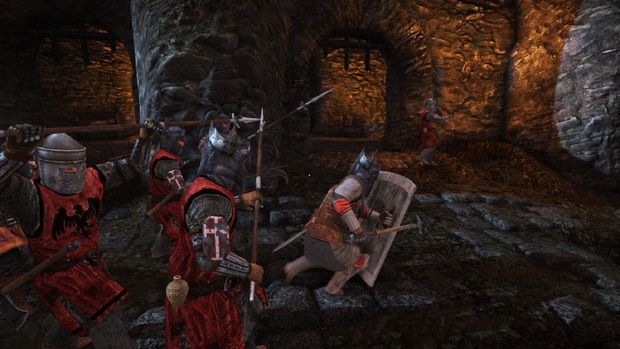 On free weekend play, a free expansion pack, and keeping the snowball of Steam sales rolling:

“I would not change our release date. You probably won’t hear many indies say that about the fall, but Steam is so snowball-ey; if you can get on the top and roll down the hill with sale events, you can hit at the right time.

“We kept that snowball rolling with our free weekend. The other thing too, is that people like our game by letting them play it. We didn’t over-hype or have CGI trailers. We said, ‘Here’s our game. Come play it!’ and people did. It’s all about keeping that snowball going. The only time you risk sales through a free weekend is if you aren’t confident about the product.

“For us, our primary goal — and I know people say this a lot but it’s actually true — it’s not to make money; it’s to make awesome games.

“We started making the mod because awesome games. So before we did this content update, we had a pretty good launch but [we asked], what can we do to build the rep of our company? We want people to know that we aren’t trying to milk them with map packs and stuff like that. It’s about building the company up and say this is the kind of company we want to be. We always want to give more than anyone reasonably expects from us.

“There are ways to run a business short term, but we are looking at the long term. We want to give them content that is going keep them playing. There are a million different ways you can use people and the first time they will fall for it, but if they fall in love with what you are doing long term then you are going to succeed. If you want a company that’s done that, it’s Valve. They are so far ahead because people love them more than any other at this point.” 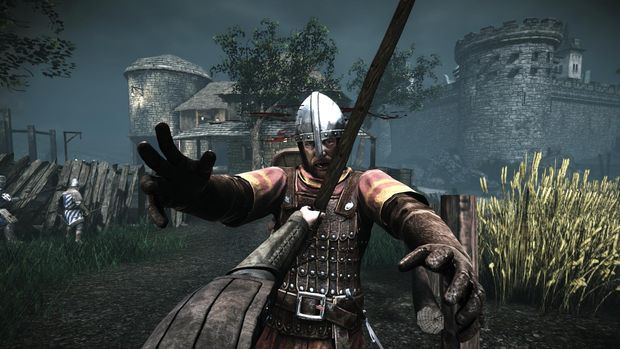 “You can choose the way you do that. Different groups are emerging right now. People love all this kind of nickle-and-dime DLC, and everyone finds something that works for their business — that’s fine. I just think for us it’s more important that people are happy than they are constantly paying for this subscription model. We are still planning to do expansion packs that cost money, but we’ll always have free stuff for the community. You need to balance that stuff out. If you day one DLC people, they feel lied to and mistreated. We want people to be pumped up … we worked four months to do [our free expansion], that would have made more money if we charged for it, but we are investing in the long term by investing in our fans.

“It really depends on the way it’s done but it often seems moneygrubbing because that’s what it is. They are headed by financial CEO wizards that are asking how to make money every day. I think people know which ones. But there are also companies that say, how do we make awesome games? It’s about how can I get the most people excited about this.

“We’ve been lucky with the success we had, but the success comes from getting to a point where we are so confident with how the game is that we can take those risks.” 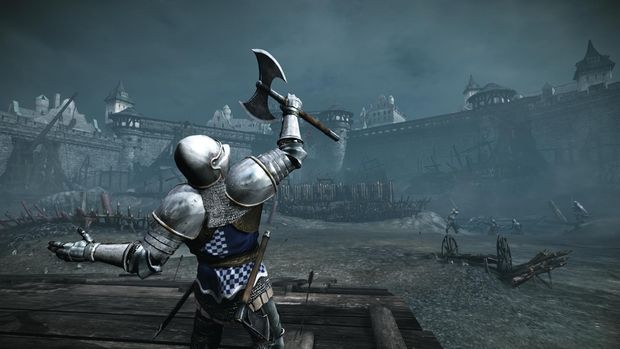 On the future of Chivalry and Torn Banner:

“I can’t make a solid commitment on the Mac version, but we are definitely doing the SDK. We are doing some polishing and stuff, but the SDK is definitely coming. I can’t say what our [250,000 and 500,000 Kickstarter stretch goals] were, because we might still do them. Our community patch and SDK is coming, then content update two. More free content and community content is coming, once we get the SDK tools out. We see a foundation. We have awesome gameplay, but we have so much we can do better and add on to the experience.

“There are quite a few community issues. Stuff like server browser, stuff that our community has been focused on. Half the people were upset at the recent content pack, others were just complaining. People already own the game but we want to make them happy. We are trying to make the game as best as we can.

“We’re kicking around future game prototypes with different titles. The future for us is exciting. We love to take genres that haven’t done well and do them well. That will remain our primary interest.”