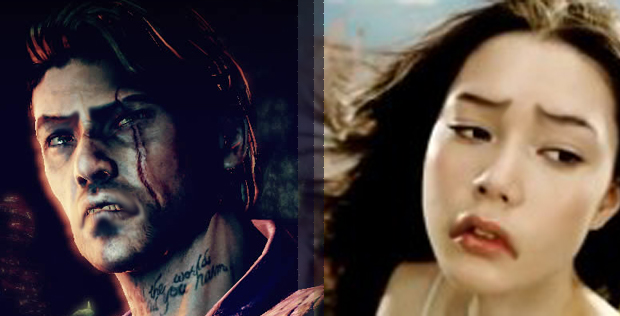 According to numbers procured by our friends at Joystiq, it looks like psychedelic onrails rhythm-action shooter Child of Eden (coming soon to the PS3) only sold 34,000 units in its first month of release in the United States. Considering the game has been hyped for two E3’s in a row as one of Kinect’s few killer apps, I think it’s safe to say that those numbers are disappointing.

Worse still are the reported sales of my favorite game of June 2011, and one of my favorite games of the year, the hilarious and horrific Shadows of the Damned. That game reportedly only sold 24,000, and that’s the PlayStation and the Xbox 360 versions combined. I really hope the game picks up steam over the coming months, but regardless of the game’s future, this is a discouraging start to say the least.

Mini-rant time: for years, people claimed that third-party games didn’t sell in big numbers because they were on the Wii. Ultra-violent new intellectual properties in the Japanese action/comedy genre like MadWorld and No More Heroes were often cited as proof of this theory, as were retail priced on-rails shooters like Dead Space: Extraction and Resident Evil: Darkside Chronicles. It was always my opinion that games in those genres would have trouble selling on any console, especially the PS3 and 360, where player expectation is generally more high maintenance than on the Wii. The sales of Shadows of the Damned and Child of Eden are a sad indicator that I may have been right.