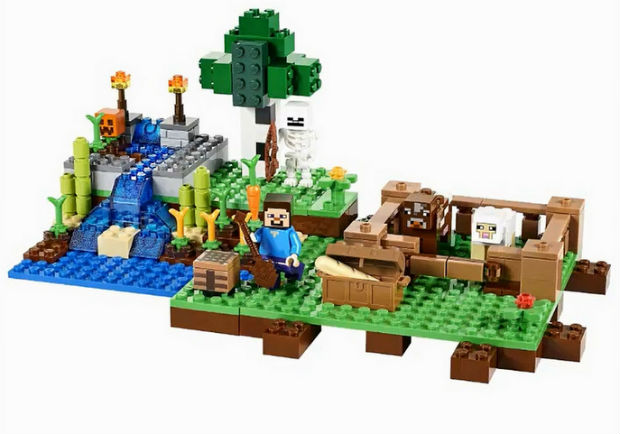 Information on two sets that are a part of LEGO’s new Minecraft minifigure scale sets have surfaced.

The Cave Set will feature a zombie and spider, a TNT crate, pickaxe, a chest of bread, and Steve. It will center around a cave.

The Farm set will feature a skeleton (with bow and arrow), a wooden shovel, a chest of bread, a cow, a sheep, and Steve.

Other sets in the series are titled, The First Night, Creative Box, The Ender Dragon, and The Mine. And they’re also probably the cutest things I’ve ever seen, even though I don’t play too much Minecraft anymore.

Kids are gonna absolutely eat these things up.