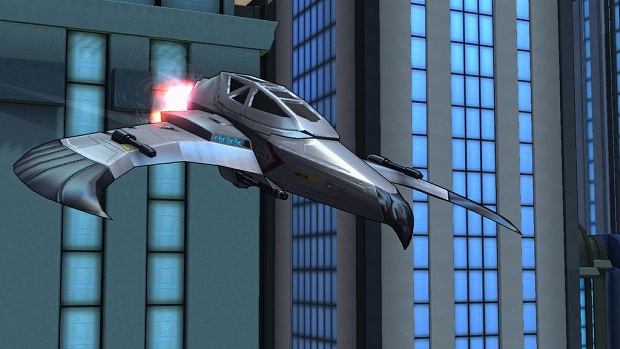 Take to the skies

Champions Online has gone through some rather big changes since its launch back in 2009, most notably the one in 2011 which saw the MMO go free-to-play. Now there’s another rather large update to the game, with the long-awaited vehicle update finally being pushed out by Cryptic Studios in the form of Champions Online: Reloaded.

Vehicles can be obtained in several different ways, including the C-Store, Lock Boxes and in the Drifter Store. Champions Online was praised for its outstanding character customization options, and Cryptic has done the same with its vehicles; everything from design, defences, utilities and weapons can be modified. A vehicle tutorial has been made available, simply seek out Max Plank in Ren Cen.

Anyone still playing Champions Online? To be very honest I had almost completely forgotten about the game until I saw this.