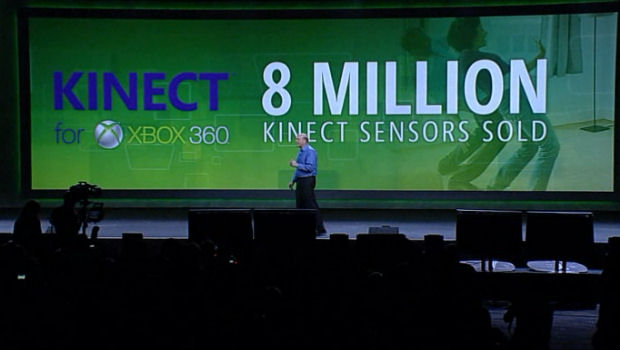 It wouldn’t be a press conference without some sales boasting, and Microsoft’s Steve Ballmer was on hand to tell us that the Xbox 360 has sold over 50 million units worldwide. Not only that, but the monstrous executive also boasted that it has been the top selling US console for the past six months.

Xbox Live had its own milestone to beam about, with 30 million memberships now confirmed. According to The ‘Soft, a new member joins Xbox Live every two seconds.

Naturally, however, Microsoft was most proud of Kinect’s success. In addition to saying “You are the controller” every five seconds, Ballmer announced that the motion-sensing peripheral has sold over 8 million units in its first sixty days.

So yeah … Microsoft’s making some bank. More than you.