It is coming whether you want it or not, just like 3D did. (Well, that’s a bad example.) This time it’s 4K television, and it’s the biggest thing at CES this year. Pushing the resolution up to double (or more) over your current and already outdated sets is the main focus here this year, with manufacturers like Sony, Samsung, Sharp, LG, and just about everyone else announcing shiny new panels at eye-popping prices.

So what’s the big deal with 4K? A new display standard called Ultra HD was recently established and now television makers want to get the jump on it at the 2013 Consumer Electronics Show, being first to market with their sets. The hopes are that you might think of them when you finally do decide to upgrade.

But do you need to upgrade? Maybe not yet, but you need to know that your current HD television sucks now. 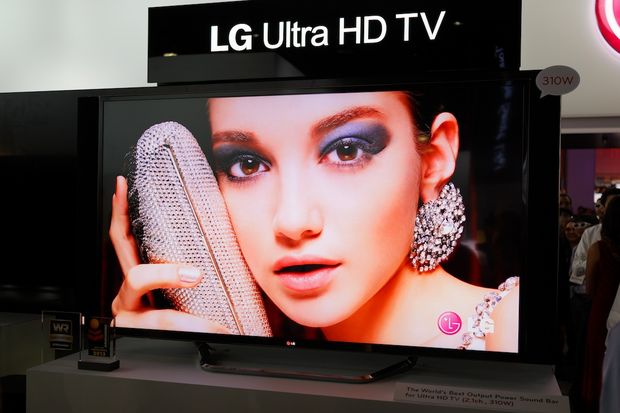 So, do you need to upgrade to a 4K television now? As a gamer, no. Not yet. With these sets having four times the pixels of a 1080p set, they still have to figure out content delivery and storage. We’ve got some time to think things over still. While a PC gamer could connect a rig to a 4k set to take advantage of the huge bump in resolution, typical configurations won’t get great framerates at 3840 × 2160. Worse, none of the current consoles are able to take advantage of 4K’s display spec. Right now, the majority of games we see are still running at 720p.

Outside of gaming, 4K content is lacking. There’s less than a dozen Ultra HD movies ready right now. And while more are coming down the line, only one Asian television station is broadcasting 4K. Just like with the beginning of HD, there’s not much in the way of compelling content yet; the nature footage and food close-ups will only entertain you for so long. Things will definitely improve soon, though. 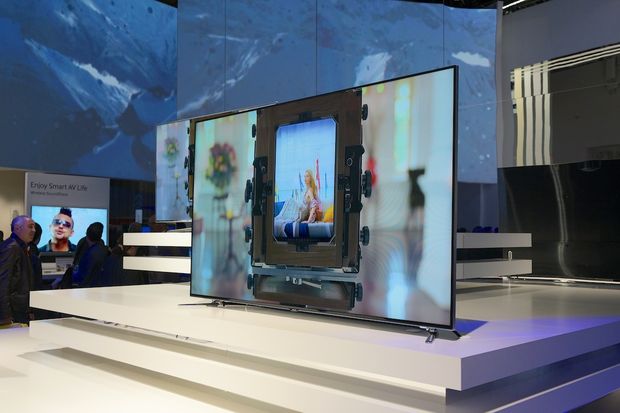 So why are we even talking about 4K yet? Well, it’s amazing. Ridiculous. Worthy of all the buzz. You hear this a lot, but it really is like looking into a glass pane at another world. The 8-megapixel video coming across demo sets here at CES pushed every tech desire button inside me. Watching some of the colorful, ultra detailed, almost unreal showcase content at CES had me wondering what I could sell to get one of these sets. 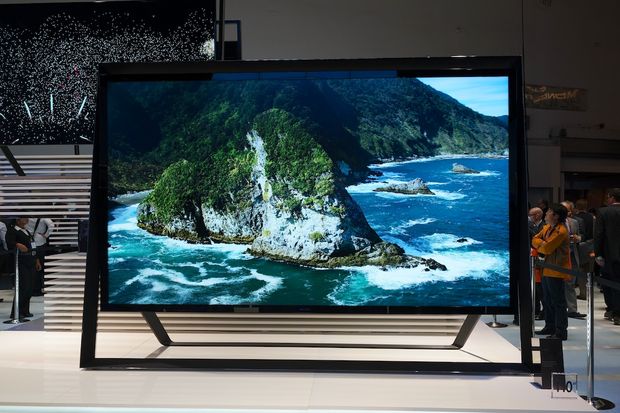 The booths here at CES have 4K televisions in the most prominent locations of their setups, with the standard HD sets tucked away in the back. Just about every booth has that separation except Samsung, which has new HD models just behind glorious, eye-searing 90″ and 110″(shown above) monsters. Just about everyone that watched the 4K sets for a bit and then turned around to see the HD ones behind them had something to say about how bad they looked in comparison. And they do. There’s so much more of a difference that I would have ever imagined.

I’d wager that critics of 4K haven’t seen a set running proper 4K content yet. And if they have, I’d bet they haven’t compared them to a HD set side by side. Don’t get me started on the 8K set that had droves of gape-mouthed onlookers standing less than a foot away from the set to appreciate the fine detail captured by the only single camera in existence capable of recording footage of that resolution (shown below). 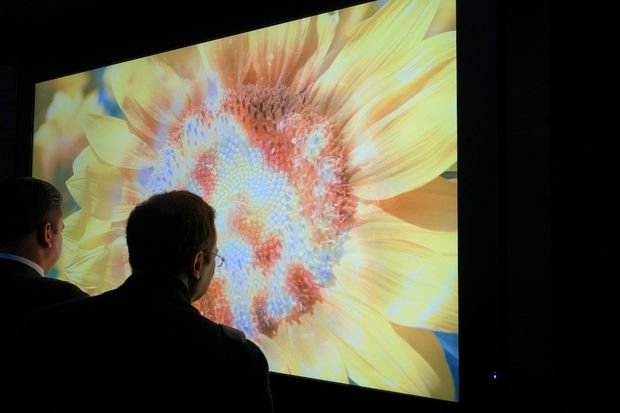 One point the critics may have against 4K is the viewing-distance effect. Just about all of the manufacturers are showing showcase sets at 84 or 85 inches in diagonal, which are plenty big enough to appreciate the increased detail that they offer. But stand back a bit and some of the wow factor dims. If you have great eyesight, you can still see the increased fine detail from 10 feet back, but the other CES hot TV tech, OLED, is almost just as impressive with its colors, dynamic range, and clean images. Even that mind-blowing 8K television merely looked ‘pretty’ at a distance. Granted, not all living rooms are big enough to have viewers sitting 10 feet or more back, but consider the 4K television you’ll eventually buy will probably be much smaller than these 85-inch sets. 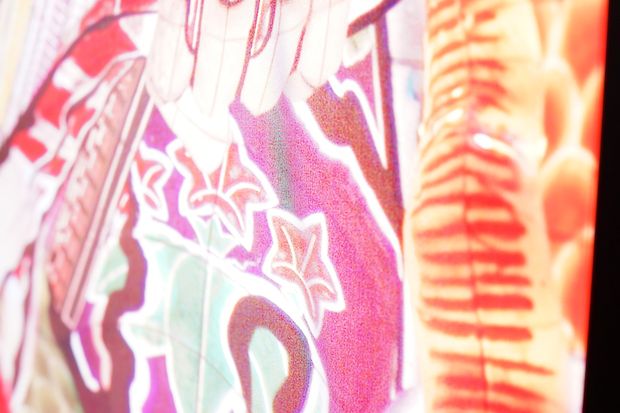 Well, it doesn’t matter. 4K is the new standard, and as scary as the prices sound now, and as unneeded as the technology seems now, these sets will be in our homes in due time. The question now is what will push 4K into relevance? Will it be movies? Streaming? The new generation of gaming consoles? The fabled Steam Box?

I think gaming could really help get 4K going. While we still have no idea how we’ll get our Ultra HD movies or television, playing PC games at such high resolutions is doable now. Some gamers are currently using 4K monitors to play really detailed, low framerate versions of their favorite games already. Nothing has to change in the way of content distribution either. While it’s scary to think that we might one day have to wait for games with 4K assets to download to home consoles, it seems inevitable.

With the high prices and uncertainty over content, only one thing is clear right now: your HDTV looks like shit. Sorry.