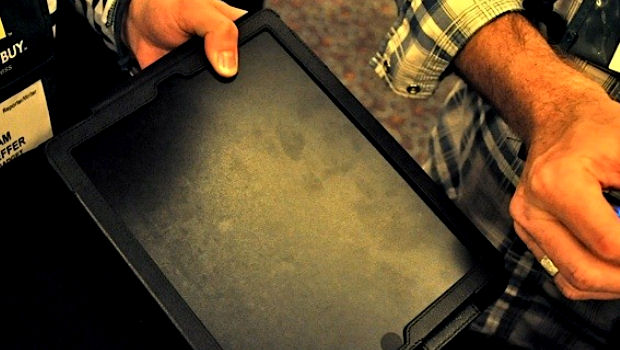 Engadget has spotted an iPad 2 case in the wild, with enough clues to provide us with a mental picture of the sleeker, slimmer version of everybody’s favorite rectangle.

A company called Dexim is showing off a protective iPad case on the Consumer Electronic Show this week, except regular iPads can’t fit into it. According to Dexim, that’s because it’s been designed for the next line of iPads, which are rumored to be announced in February.

The edges of the case are tapered, which seems to indicate more of an iPod Touch shape, with a home button located toward the bottom edge.

Engadget notes that this isn’t the first iPad 2 case it’s seen, and they all show the same “tell-tale signs.” While it is entirely possible that these case manufacturers are guessing, it seems a bit silly to make a product based on a hunch, and a bit of a coincidence that they all seem to share similar traits.