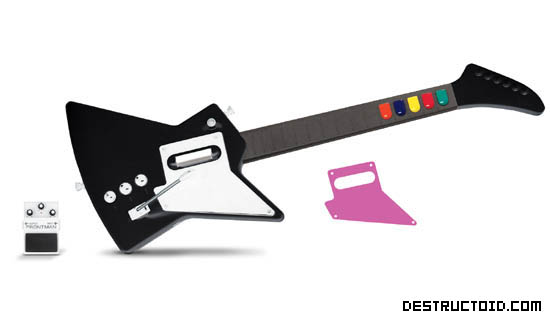 If you’re a PS3-owning guitar game fan, then you probably know about the drama between the makers of Rock Band and Guitar Hero. Cross compatibility still needs to be sorted out, but you can avoid all of that with Nyko’s Front Man Wireless Guitar for the PS3.

Nyko invited me out to see a prototype of this wireless controller that utilizes a switch (in the form of an effects stomp box) to jump between Rock Band and Guitar Hero compatibility modes. The unit sports 80 hours of play time from three AA batteries, and there’s also removable pick guards for customization.

The controller seemed pretty solid to me, though I’ll need more game time to give any real impressions. These are expected to release in early 2008 for about $60.

Hit the jump to see images of the guitar straps that will also be available soon. 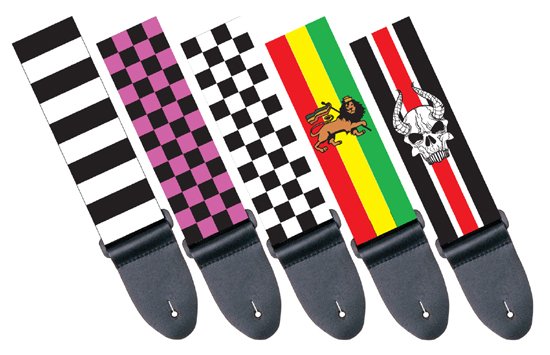