In video games, not all characters are created equal. Many exist for the primary purpose of serving as generic obstacles, fodder that any half-decent player will overcome by the dozen. It’s a sad truth in digital worlds ruled by static variables and conditional statements that some entities are objectively better at doing things than others. Thus the public consensus assumes that such creatures are nothing more than nobodies that will never accomplish anything. And yet, we sometimes grow attached to them regardless, sympathizing with them as the underdogs that never give up, no matter how unrealistic their goals are.

And then sometimes, somehow, the underdog rises. Throughout the course of gaming history, we’ve seen critters and characters we assumed to be powerless fodder elevated to a higher status. What were once stepping stones on our playthroughs became formidable foes or even allies on par with our heroes themselves. I’m here today to give those creatures the honor they deserve for proving how little our preconceptions of them truly mean. 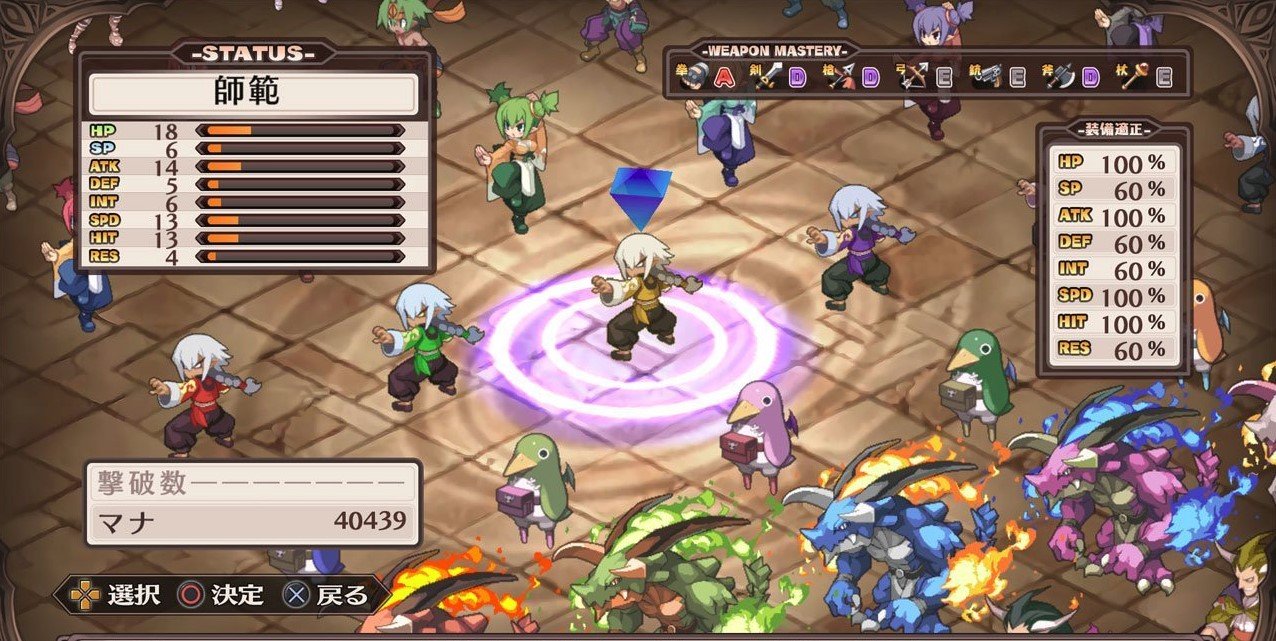 It’s somewhat of an inevitability for Disgaea’s generic enemies to rise through the ranks. Disgaea is a class-based strategy RPG that lauds itself for its grindiness and extraneous power creep. With so few unique enemies and allies, generic units need to constantly rise in level and stats to keep up with the difficulty curve. They still frequently serve as EXP fodder no matter how many digits their HP bars have, again as a consequence of grind-induced power creep. Yet the original Disgaea also contains a scene that uses generic classes to emphasize how much more powerful anyone can become than even an Overlord.

This moment stuck out to me for many reasons, but to avoid any (slight) spoilers since an HD remake is coming, it told me that heritage and innate ability don’t actually mean that much in this bizarre universe. They mean enough to give someone a unique identity and to give them a head start (even if a big one), but not enough to stop one from accomplishing great things. Disgaea celebrates the grind, and by using a set piece that puts overwhelmingly powerful generics in the spotlight, it demonstrates how much more varied your army can become with enough well-trained generics and enough grinding. Like any self-respecting shonen anime, time and effort spent training can accomplish a lot in the Netherworld no matter who you are.

Throughout the first few generations of Mario’s career, everyone was used to seeing Goombas, Koopas, and the like as nothing more than foot soldiers in Bowser’s army. Even Super Mario RPG relegated them to such roles, for the most part. So in giving such creatures their own identities and even status as playable party members in Paper Mario and The Thousand-Year Door, Nintendo challenged us to rethink what and who they are.

Partners can do things even the super Mario can’t and vice versa, thus they develop a mutual respect for each other. Partners display personalities and motivations that liven up the series’s written dialogue. Partners create interesting gameplay dynamics in battle. To think that most of them are typical Mario enemies who decided to work hard at their goals rather than fall in line with Bowser changes how fans view the plumber’s entire world. They are no longer nameless monsters, but sympathetic individuals, and a similar sentiment can be said for the dozens of colorful and varied NPCs throughout every town. It’s little wonder this was the biggest sticking point most vocal players had against Sticker Star and Color Splash. 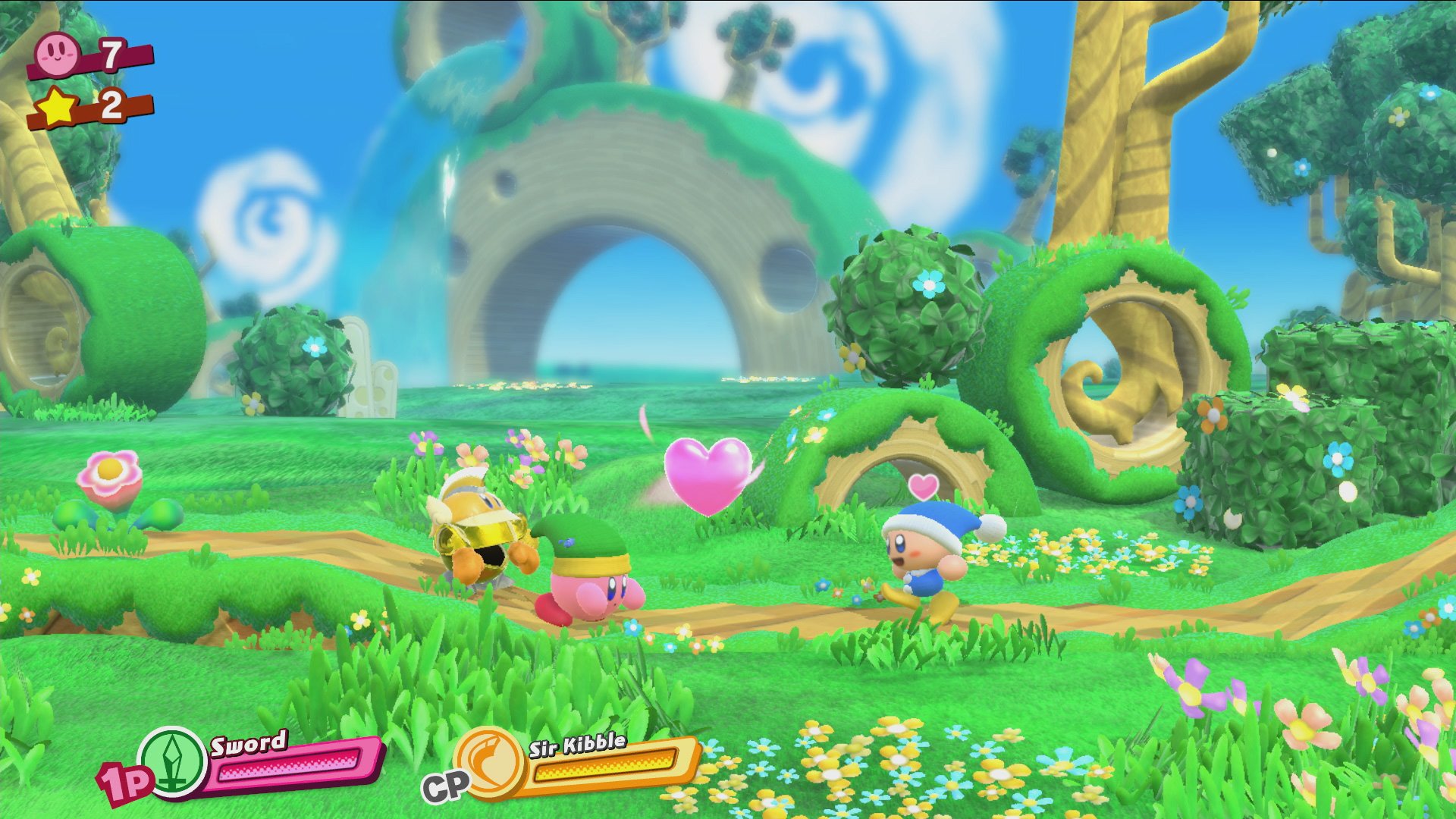 Some say that Kirby sees the hordes of enemies he copies abilities from as nothing more than appetizers, but his behavior outside of gameplay says otherwise. I also doubt copying abilities truly digests enemies because Kirby can safely copy the abilities of his multiplayer partners in Return to Dreamland (that’s still gross), but I’m digressing. Whenever Kirby has the chance to actually befriend his foes such as in Star Allies, the result is equal parts adorable and potent.

Compared to their fragile and simple hostile counterparts, Kirby’s monstrous friends are much healthier and have lists of moves at their commands. Of course, this is to accommodate them for co-op play, but there’s no explicit in-universe explanation for this power-up. The power of friendship might be a tiresome trope, but mostly because it’s a very real power many of us neglect in life’s balancing acts. Perhaps all some of us need to become stronger is a friend willing to take a chance on us.

Also, Bandana Waddle Dee deserves to be in Smash more than Waluigi or Ephraim. I’ll wait patiently for him to appear and prove you wrong.

Few series enforce the idea that the player is the sole capable character as much as Dynasty Warriors. It’s a natural consequence of designing a strategy game in which the player only has control over one or a few characters. Making the ally AI too powerful risks automating success, and that’s a quick way to make an action game boring. The only way a foot soldier in Dynasty Warriors could ever get his day is if the player somehow played as him… which is exactly what DW5XL enabled. Or her, because of character customization!

This Destiny Mode confines players to limitations like that of the foot soldiers they are used to mowing down. A Private has only a two-hit combo and cannot rack up nearly the same KO counts as normal warriors. Thus, these Privates don’t play like normal warriors. Instead, they pursue designated objectives to improve their skills and employ tactics similar to those used by enemy captains. Their priorities are less to win battles and are more to accomplish their individual missions, earning promotions and respect from the kingdom’s leaders by making ripples in battle rather than being a tsunami of destruction.

Destiny Mode doesn’t make these soldiers equivalent to the series’s heroes, but it doesn’t need to. By putting the player directly into their shoes, it casts them in a more respectful light while demonstrating how meaningful their off-screen struggles are. 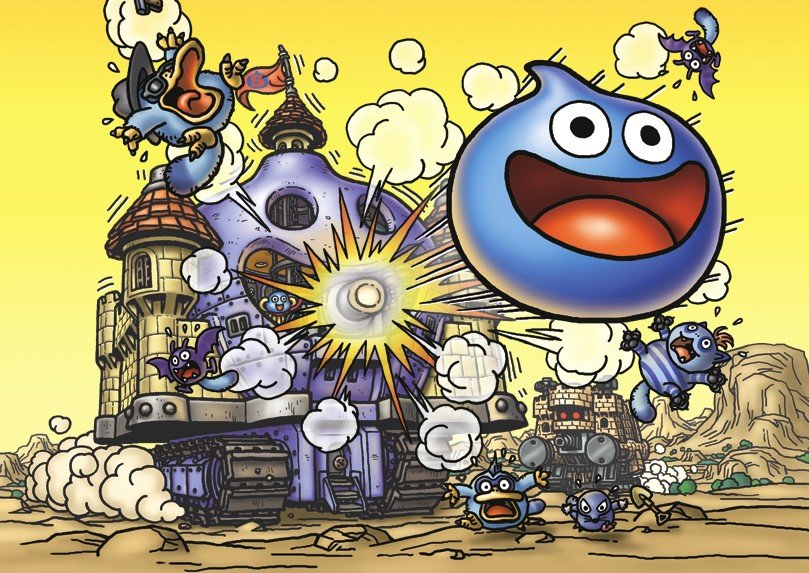 To be honest this premise is mostly mascot mooks fighting other mascot mooks and that doesn’t add anything unique from any other example here where mooks are playable. I just wanted to share this happy boy and tell you all to play Rocket Slime if you can find it for a reasonable price. It’s really good and it literally stretches the flexibility of a slime-based protagonist to the limit.

Most monster-collecting RPGs can cover the same point I want to make with this example, but for the sake of having a more widely known frame of reference, I’m highlighting a game that already has more money that it could ever need. Even with Pokémon based around the premise that any monster can become an ally, the community has long accepted that not all Pokémon are created equal. Some treat weaker Pokémon as nothing more than Pokédex filler or level-grinding punching bags. Many players have relegated many early-route mons to mooks and HM slaves.

Except when they don’t. Through random circumstances such as Nuzlocke challenges, rebellion against the status quo, or other reasons, some Trainers go out of their way to show love on Pokémon publicly considered to be not worth the time and effort. Do you remember the World Championships in 2014 that was won by a Pachirisu, a low-stat single-evolution mon? Do you remember the first time you learned that the hundreds of Magikarps you threw out from your fishing line evolved into Gyarados? Do you remember the thrill of your first victory over your rival, even though he picked a Pokémon with a type advantage against yours?

Defying preconceived notions of weakness through dedication and care is an important theme in the Pokémon universe, both to game mechanics and characters. I’ve bonded with a handful of early-game catches much like my starter Pokémon, and they tend to become the beloved underdogs of my playthroughs. I’ll never forget the Beedrill I stubbornly kept in my party through the Kalos League, despite his struggling performance, and subsequently swept the Champion with. 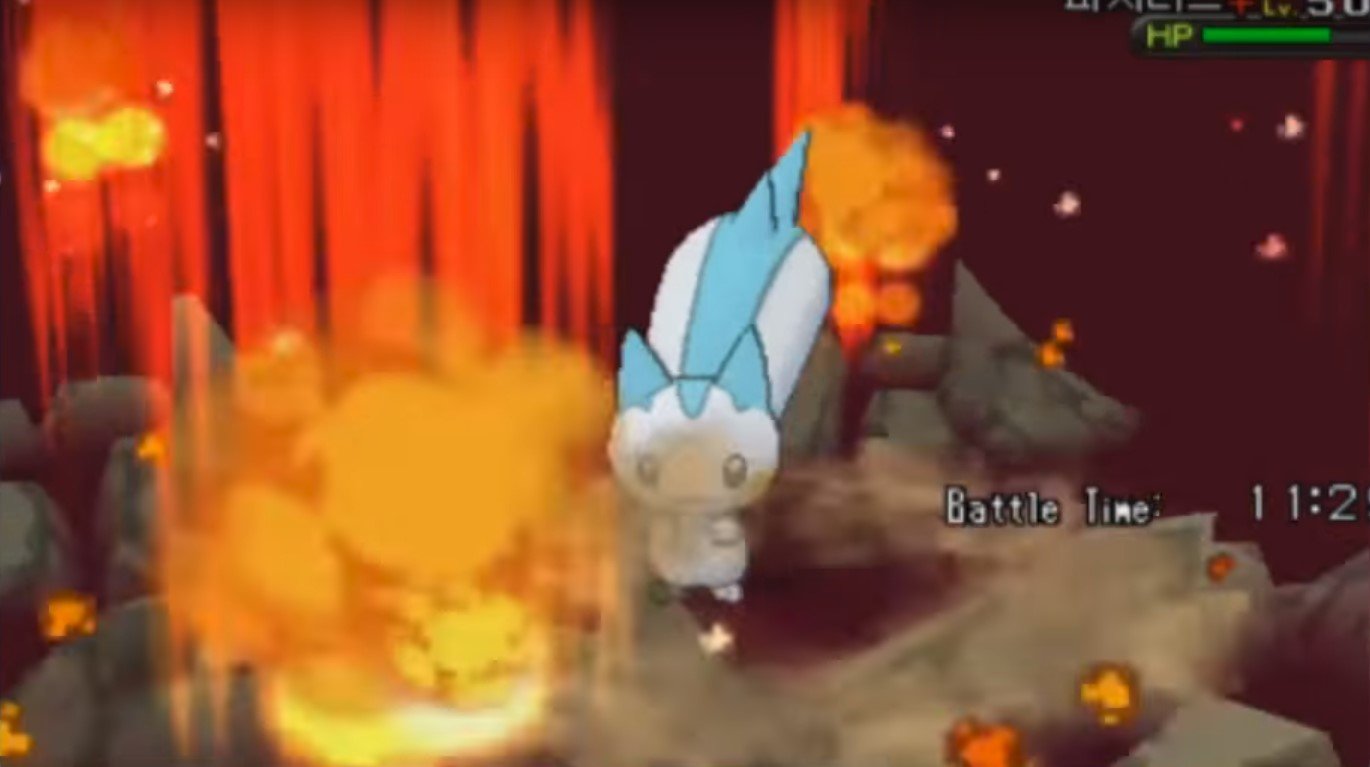 It’s true that much like the conditions that confined them to mook status in the first place, these creatures only overcame these odds because their developers deemed it so. The same can be said for the heroes themselves, but we usually don’t think about that when we’re immersed in a game’s world. At the same time, we are often too occupied interacting with game mechanics to imagine what these worlds are like outside of what’s presented to us. Should a game throw scores of similar, disposable enemies at us, we don’t think of them as anything more than generic disposable enemies, whether that is intentional or not.

That’s why I find it fascinating when games defy that preconception. Seeing an entity originally designed to serve as low-rank fodder surpass expectations is inspiring. If an enemy we’ve slain hundreds of times can stand against their greatest foe and succeed, why shouldn’t you be capable of finishing that dream project? It may require a lot of level grinding and training, and it may require finding a helping hand, but it’s possible to defy the odds. Seeing lovable and iconic characters get recognition is always exciting, but I’m just as thrilled to see less iconic faces earn their right to the spotlight.