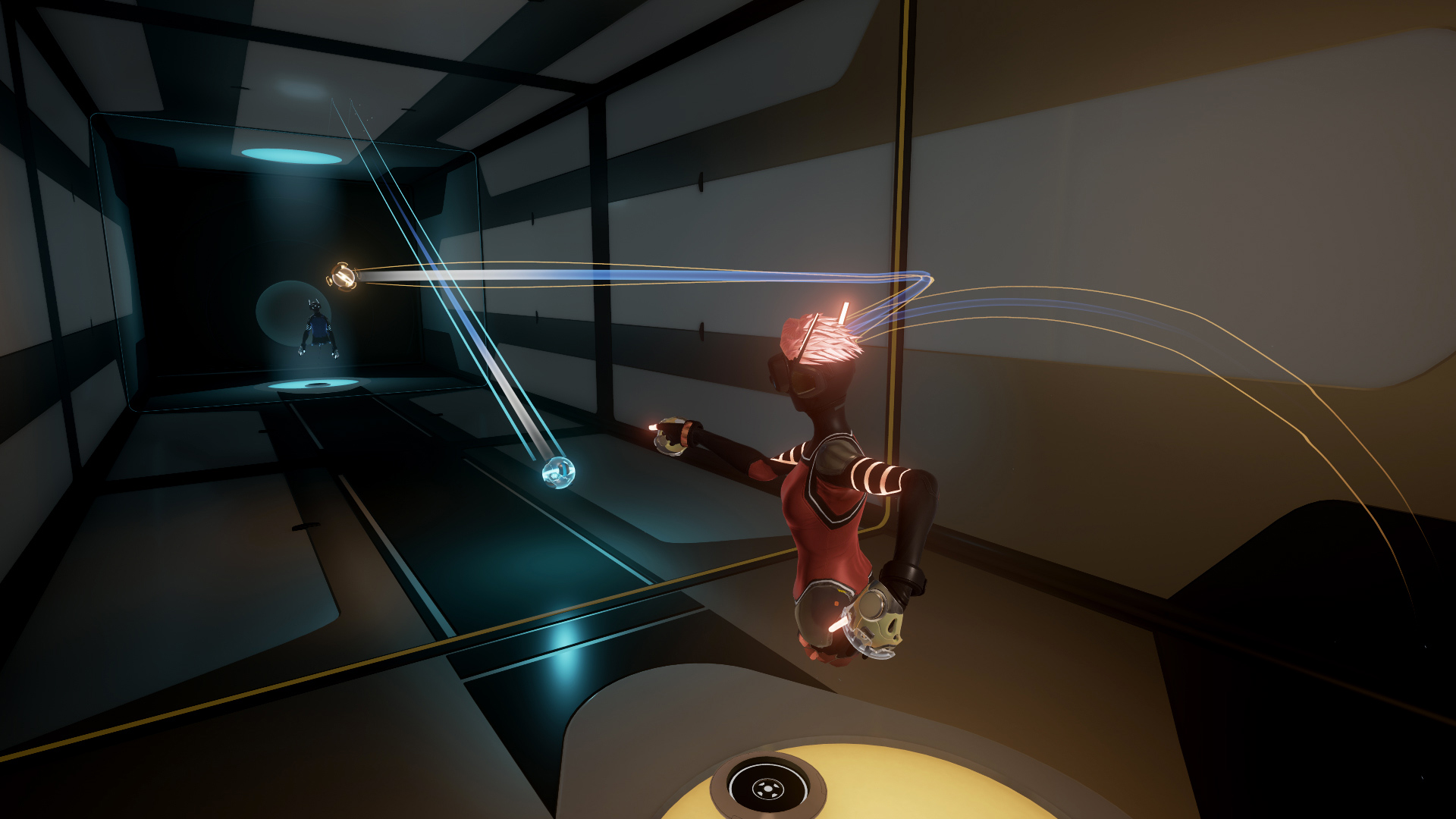 Coming to PC and PS4 this year

CCP Games is taking a break from the EVE universe with Sparc, its upcoming full-body virtual sport game created for Oculus Rift, PlayStation VR, and HTC Vive that’s set outside the long-running property.

The trailer is cheesy in the way that a lot of VR game trailers tend to be, but I think Sparc could be cooler than it might initially look here. You’re hurtling projectiles at another player while blocking or bouncing back the stuff they’re flinging at you, and you can pretend you’re in Tron, if you’d like.

“Players can watch matches in-person and queue for the next match in VR through Courtside, a freeform social area for spectating in VR or on screen,” says CCP. “Sparc includes multiple two-player game modes as well as single-player challenges and training modes, plus a range of customization and personalization options for competitors.”

This might sound familiar if you’ve kept up with Brett’s Fanfest shenanigans in recent years. He once played a prototype VR game in which players threw and bounced discs at each other with a shield in hand. Same thing, it turns out. “When you score a point, it feels like an actual accomplishment,” he said at the time. “It’s just great.” Then he bragged about winning because of course he did.