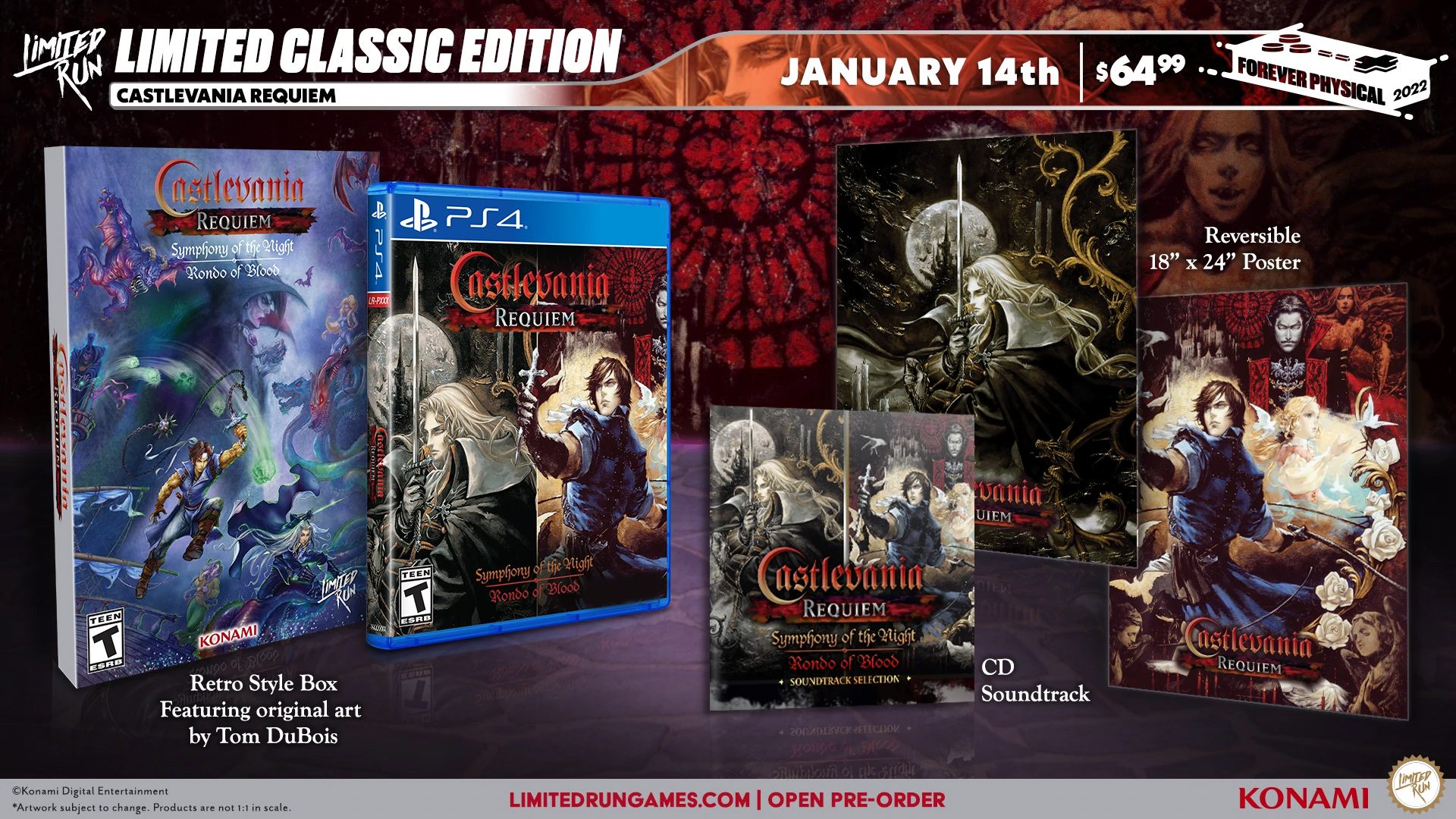 The standard copy is $35, while the Classic Edition with retro-style artwork jumps up to $65

All things considered with the series’ current output, Castlevania Requiem was a feel-good moment. While I would’ve liked to see it become available on more platforms, I cherished the chance to revisit Symphony of the Night and Rondo of Blood again on my PS4, and I’m sure many of you also look fondly upon these games. If you were holding out for a physical version — or you went digital but aren’t against double-dipping — then pop over to Limited Run Games today, as pre-orders have opened for Castlevania Requiem.

As expected with Limited Run, there are a couple of affordable options as well as jam-packed, top-of-the-line bundles for the absolute die-hard Castlevania folks.

If you’re simply looking to have a boxed PS4 copy of Castlevania Requiem, that’ll be $35. You get a poster, too! There’s also a fancier (and admittedly very tempting) Classic Edition, priced at $65, with the soundtrack and a sweet “retro-style box” design from famed Konami cover art illustrator Tom duBois. Both of these seem entirely sensible. 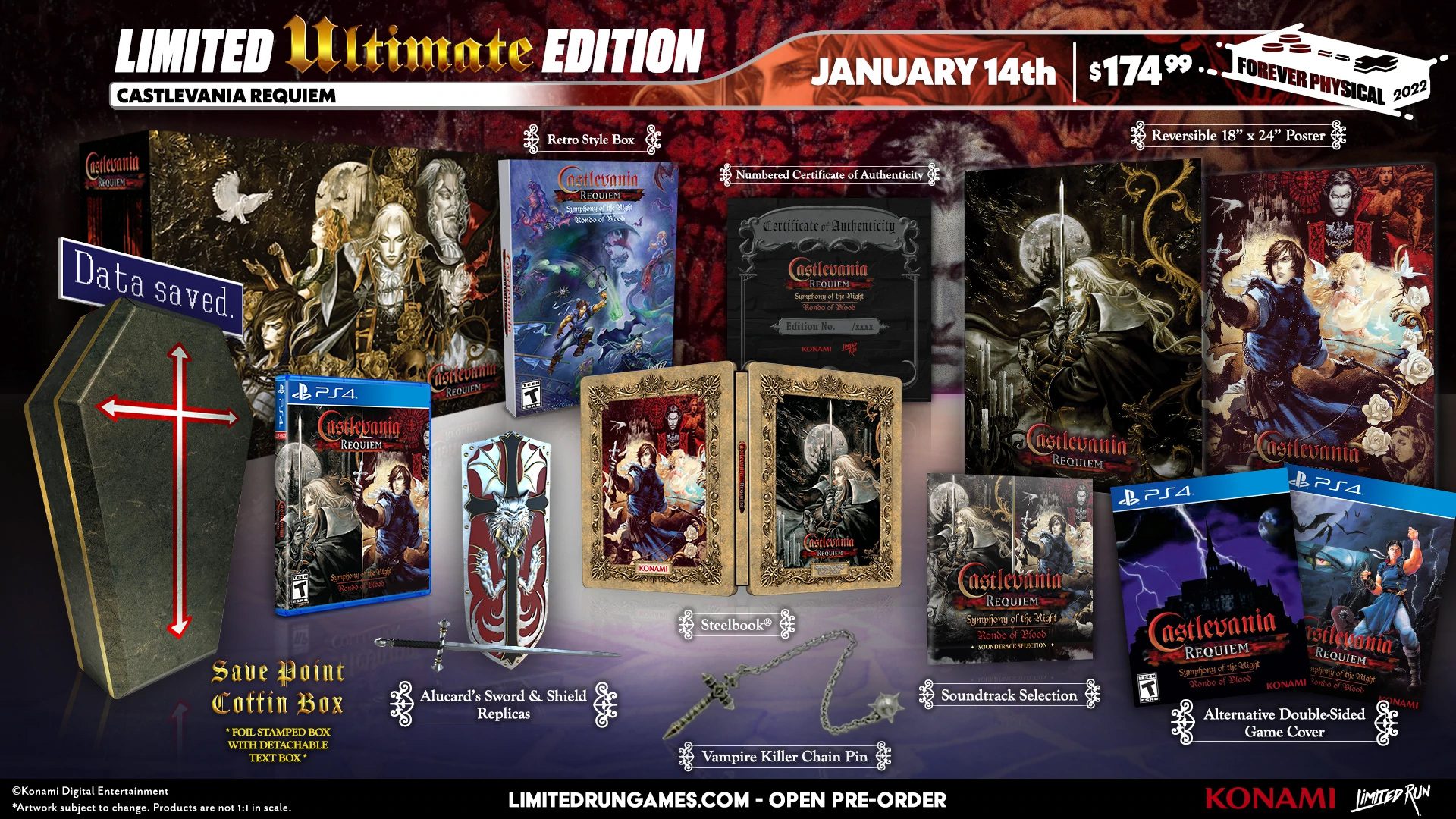 The Symphony of the Night save coffin even has a “detachable text box.”

Things go off the rails with Ultimate Edition of Castlevania Requiem — it’s got physical trinkets like Alucard’s sword and shield, the Vampire Killer, a Steelbook case, and the coffin that’s used to save your progress in Symphony of the Night. It’s ridiculous, but awesome. That’s also reflected in the price tag, which is enough to make my wallet scream: $175.

It can be dangerous to browse around without a specific goal in mind, but Limited Run Games also has pins, keychains, and a Castlevania-themed Nintendo Switch carrying case, if you’re all set on the Reqiuem front but still want to add to your Castlevania collection.

Did you notice that I’m in a Castlevania mood lately? What gave it away?!