When Castlevania: Lords of Shadow was originally announced, I wasn’t sure what to expect. The Nintendo 64 and last-gen versions of Castlevania games were a giant burn to the franchise, so it was hard to swallow another 3D attempt at such a classic series.

However, during Konami’s Gamer Night yesterday, my tune completely changed. We were sadly only shown a ten-minute-long video presentation of the MercurySteam and Kojima Productions joint venture, but those ten minutes were enough to sell me on this new entry to the series.

Read on after the break to get a very early taste of what’s to come with Castlevania: Lords of Shadow. 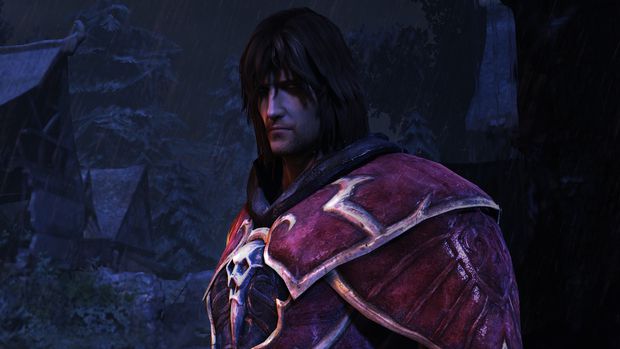 Lords of Shadow is a third-person action adventure game that follows Gabriel Belmont on a quest to save his wife Marie, and stop the Lords of Shadow. The Lords of Shadow have created a powerful enchantment, preventing the souls of the deceased from crossing over, thus leaving them in limbo. An army of monsters and demons are also released, killing any human they can find, including Marie.

During his quest, Gabriel comes to learn of a holy relic guarded by the Lords of Shadow. The relic has the power to bring the dead back to life, and Gabriel wants nothing more than to bring back his wife back from death.

The video presentation was filled with gameplay, and Lords of Shadow definitely has a Devil May Cry/God of War feel to it. Gabriel’s main weapon is the Combat Cross, a versatile weapon which also acts as a whip. Along with hurting enemies, players can use the whip to swing across gaps and repel down steep surfaces. The Combat Cross can also be used defensively to block attacks. 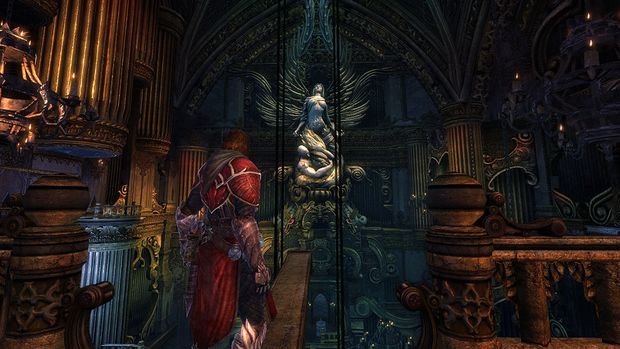 Along with the Combat Cross, Gabriel will make use of a light and dark magic system, plus some minor ranged attacks. You’ll be unlocking different combos and getting upgrades for your attacks as you progress through the game.

With the wide assortment of enemies that we saw, Lords of Shadow will feature huge Titan battles. The Titans are very reminiscent of the Shadow of the Colossus battles, as you’ll be scaling the huge bodies of the Titans attacking key points. The Titans won’t just let you climb all over them, and will do everything to try to knock you off.

Puzzles are also a part of the Lords of Shadow package, and there will be various challenges that players must overcome in order to progress. In the video presentation we saw Gabriel turning a set of mirrors in order to make a light beam hit a certain object, for instance. 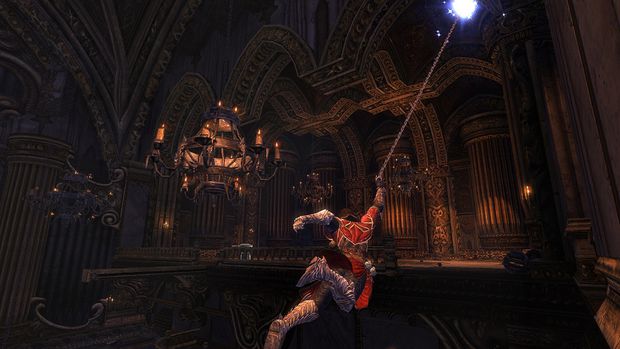 Castlevania: Lords of Shadow is promising to be an epic adventure. The producer, Dave Cox, states that the game will be an “extraordinary memorable experience” with a very “shocking conclusion.” We’ll finally be getting a proper look at Castlevania at this year’s E3, but until then, this will just have to hold us over. Visually, the game was looking pretty solid, with varied environments shown throughout the video. Dave went on to say that this “is a love letter to the classic Castlevania games we grew up with,” and I was definitely getting that vibe from the presentation.

I should also note that the video presentation ended on a pretty funny note. Gabriel is seen turning a giant wheel. As he’s turning it, an enemy slowly approaches from behind. Gabriel senses that something is behind him, and as he turns to face the enemy, the Metal Gear Solid exclamation sound effect and mark appear. It was a nice nod to how Kojima Productions is aiding MercurySteam on the project.