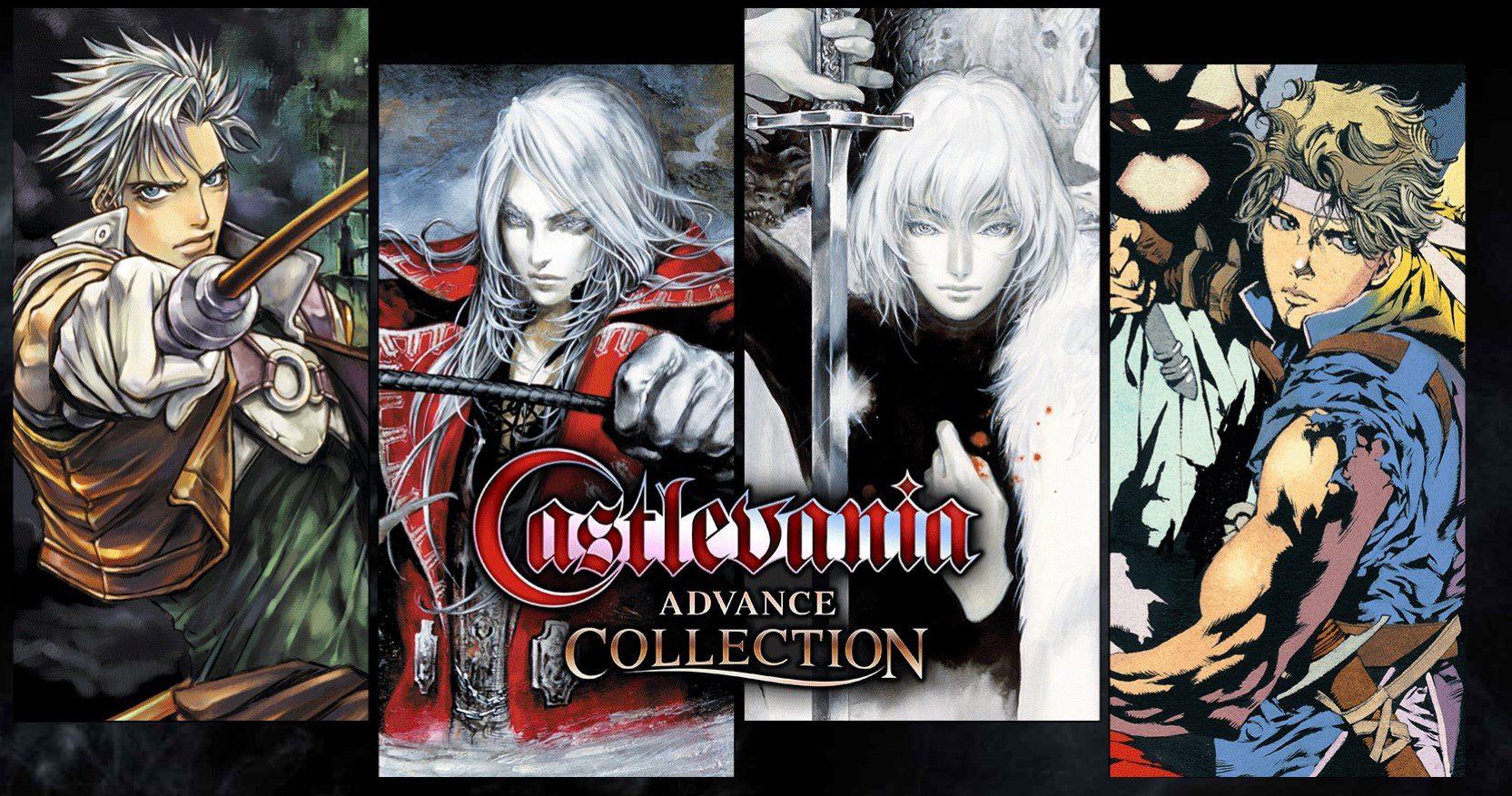 [Update: Castlevania Advance Collection was shown at today’s Nintendo Direct and then not-so-stealthily released on the eShop. It’s out now for $19.99, and the compilation includes three GBA games and a bonus title, as rumored: Circle of the Moon, Harmony of Dissonance, Aria of Sorrow, and Dracula X (a peculiar SNES release). This collection has regional variants (Japanese, American, European), an encyclopedia, a music player, and the ability to quick-save, quick-load, and rewind time “for a few seconds for a second chance.”]

More fuel has been added to the ongoing fire that is the Castlevania Advance Collection — a compendium of classic adventures that raises its head time and again despite having yet to be officially confirmed by publisher Konami.

While multiple video game ratings websites have seemingly confirmed the title’s existence, a recent update added to the Taiwan Digital Game Rating Committee‘s own listing has added a fourth game to the previously noted three. As spotted by users over at ResetEra, joining 2001’s Castlevania: Circle of the Moon, 2002’s Castlevania: Harmony of Dissonance, and 2003’s Castlevania: Aria of Sorrow will be Castlevania: Dracula X, the 1995 SNES rework of 1993 PC Engine classic Rondo of Blood.

Despite Konami’s ongoing tight-lipped stance on the situation, it is believed that Castlevania Advance Collection will launch on PS4, PC, Xbox One, and Nintendo Switch. Some time has passed since the collection originally appeared on game rating sites, so hopefully, an official word will be forthcoming soon…

…I mean, there is a Nintendo Direct taking place tonight.