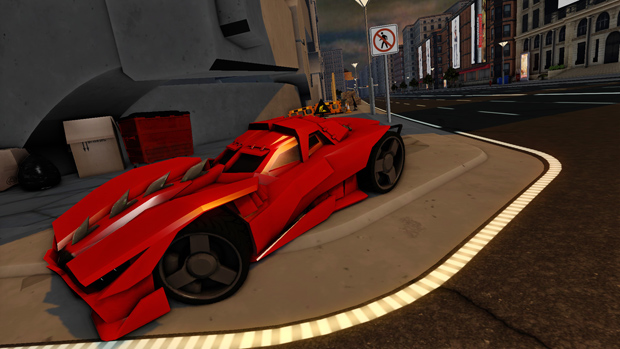 Stainless Games has settled on a release date for Carmageddon: Reincarnation and after 17 years, what’s another month? The vehicular combat game will arrive on Steam Early Access on March 27, 2014 with Kickstarter backers receiving access a full two weeks in advance.

Outside of the box art, I can’t say I was a huge fan of the original Carmageddon way back when, however the obligatory quote from co-founder and CEO Patrick Buckland has won me over:

“This time we could finally do the stuff that we wanted to do 17 years ago,” he said. “More blood was the main thing. Rivers of livers — that’s what we wanted. Being publisher as well as developer means we get to be stupid. Properly, professionally stupid. And this game is stupider than Jupiter. I mean really silly — but in a good way.” They know Carmageddon, clearly.