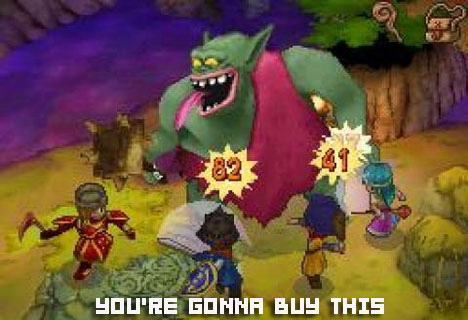 In a brilliant flash of almost Nostradamus-like insight, Famitsu Editor-in-Chief Hirokazu Hamamura has come out and announced that he believes that the upcoming Dragon Quest IX will sell faster than copies of Twilight (yes, it’s sickening, but someone is buying that book). More from his comments:

“March [DQIX‘s launch month] will be bigger than the year-end sales war. Even side-stories (such as Dragon Quest Monsters) have sold a million copies, and the previous title in the series (DQVIII) sold 3 million plus. It [DQIX] should be expected to sell from 4 million to 5 million copies.”

I appreciate mr. Hamamura’s expertise, I do, but saying that Dragon Quest is going to sell in Japan is kind of like saying Monster Hunter is going to sell in Japan — it’s kind of obvious, isn’t it? At any rate, I’m looking very forward to Dragon Quest IX personally. Perhaps their new IPs are nothing to write home about, but I feel I can still expect an ass-kicking good time from Square’s hardcore franchises.