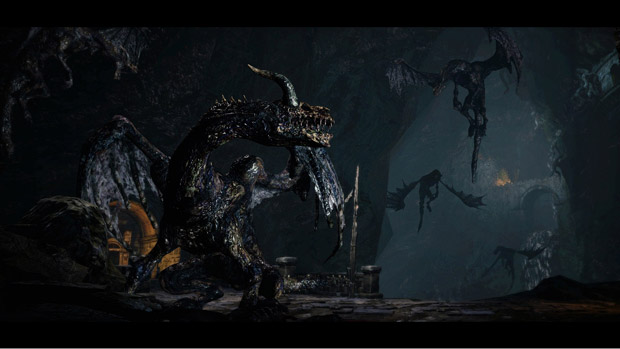 Capcom has released a few screenshots and a short video for an upcoming expansion to Dragon’s Dogma titled Dark Arisen. As expected, we don’t know a whole lot about this content yet, but the company specifically calls it a “full-blown major expansion” due out sometime in 2013.

While that’s getting built, Capcom plans to put out two free Dragon’s Dogma updates this year. One adds Speedrun mode, while the other introduces Hard mode. These will offer equipment as rewards for clearing time objectives and not getting your ass kicked by tougher enemies, respectively.

Despite thoroughly enjoying the demo, I never got around to picking the game up. Time to get on that.