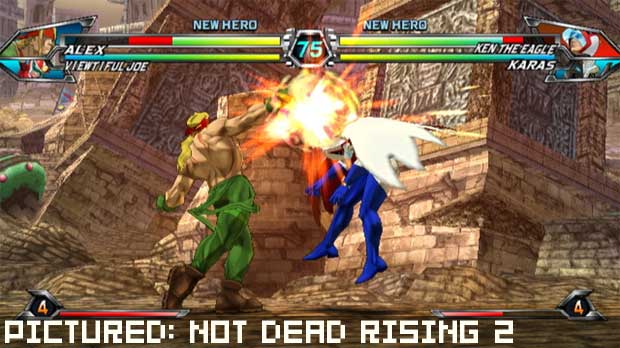 Capcom has announced its line-up for GamesCom, which takes place in Cologne next week. On hand will be Dark Void, Monster Hunter Tri for the Wii, Moto GP 09/10, Tatsunoko vs. Capcom: Ultimate All Stars, Lost Planet 2, Spyborgs , and Resident Evil 5 PC.

Also along for the ride, so to speak, will be the Dark Void Body Flying Machine. Here’s what that is: a machine that will blast off guests in a vertical oriented airstream at 180km/h. Then, they can hop in one of 200 Dark Void-branded taxi cabs that will be zooming around Cologne.

Absent is Dead Rising 2, which was announced before E3 but decided to not make an appearance at the event when it took place in Los Angeles. Capcom, we’re digging your line-up, but there’s only one game that features zombies, a casino, and some sort of moose helmet, and that’s Dead Rising 2. Show us the goods already; we’re getting antsy.