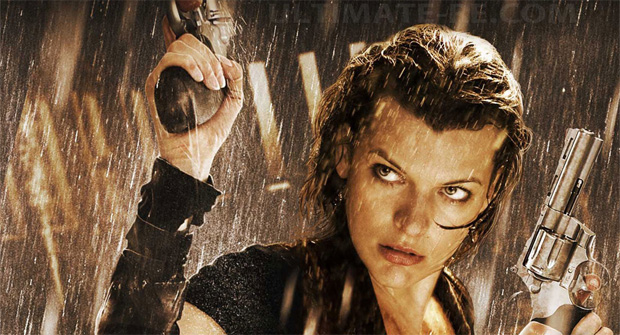 Capcom CEO Haruhiro Tsujimoto, being the boss, is obligated to talk about and promote everything his company is involved in when doing a high-profile interview. He was the most recent guest in Nikkei BP’s “Keyman” game industry interview series.

After Tsujimoto made his way through all the game titles he brought up the upcoming Resident Evil movie, the 3D title Resident Evil IV Afterlife. Coming September 10th, it stars Mila Jovovich.

When speaking of the title, Tsujimoto said, “Timed with the movie’s release, we’d like to do something to heat up the game series.”

How do you “heat up” a game series? Maybe with a new game? New DLC? Oh, I hope it isn’t DLC. I’d rather have something new. Maybe a Street Fighter: The Movie style game where they use rough cutouts of Jovovich and Ali Larter in a fighting title?