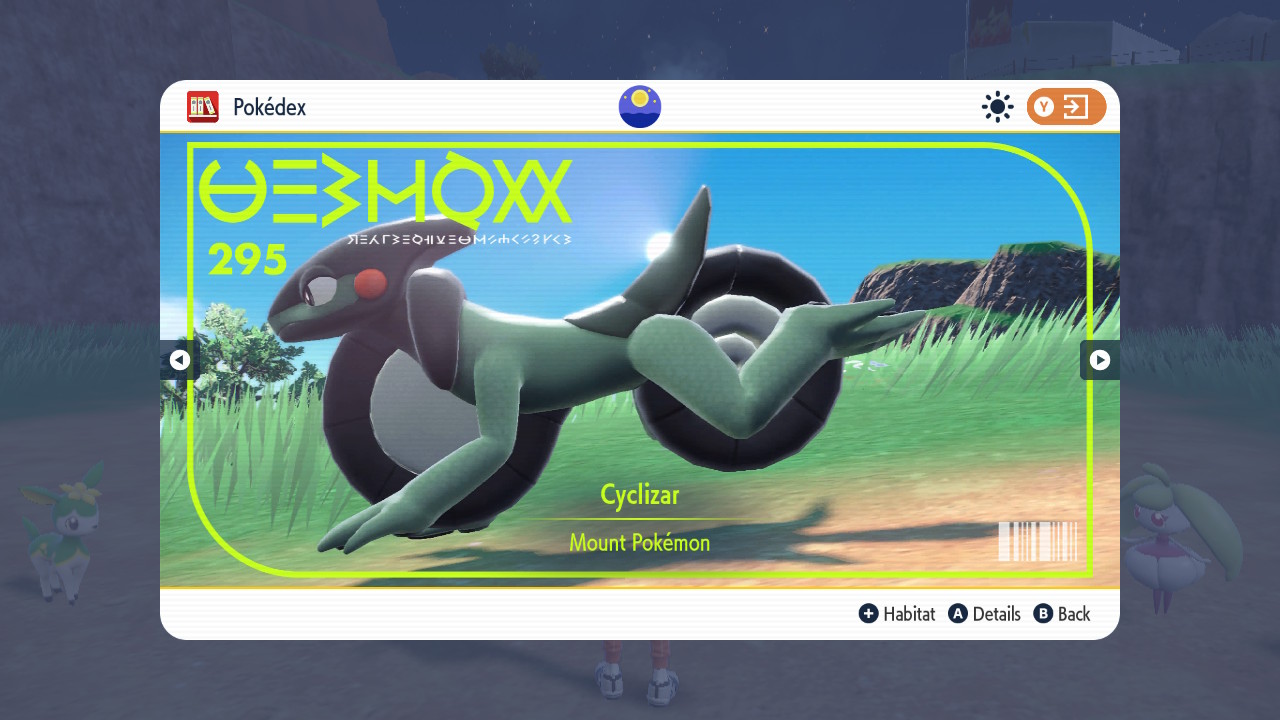 But, they all have wheels…

As soon as I saw Cyclizar in the pre-release promo footage for Pokemon Scarlet and Violet, I kind of assumed there was something up there. Given how closely related it seems to Koraidon & Miraidon (you know, mount-based motorcycle dragons): the connection was sound!

But as of Pokemon Scarlet and Violet‘s 1.0 launch, there’s nothing to figure out. Yep, there is no Cyclizar evolution. 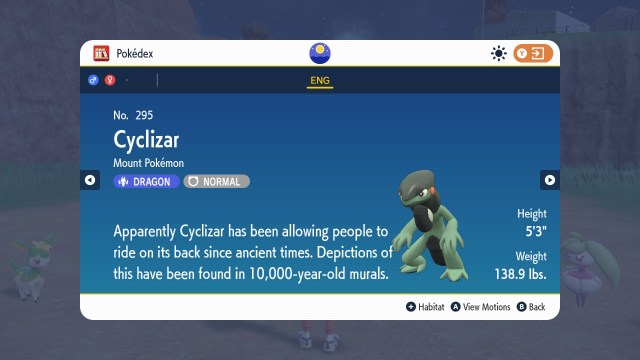 So far, this is all we really have on Cyclizar, lore-wise:

“Apparently Cyclizar has been allowing people to ride on its back since ancient times. Depictions of this have been found in 10,000 year-old murals.”

There could come a point in the future where it gets a special promotional event, or we could see more lore building in the upcoming inevitable anime series arc. But for now, you’ll have to deal with the individual Koraidon and Miraidon legendary storylines, which let you take control of them early on in the game as mounts, before eventually coming into their own.

It’s kind of a shame this is up in the air; because Cyclizar is a cute little lizard thing on its own: but not having a clear mechanical path to become a legendary makes perfect sense.