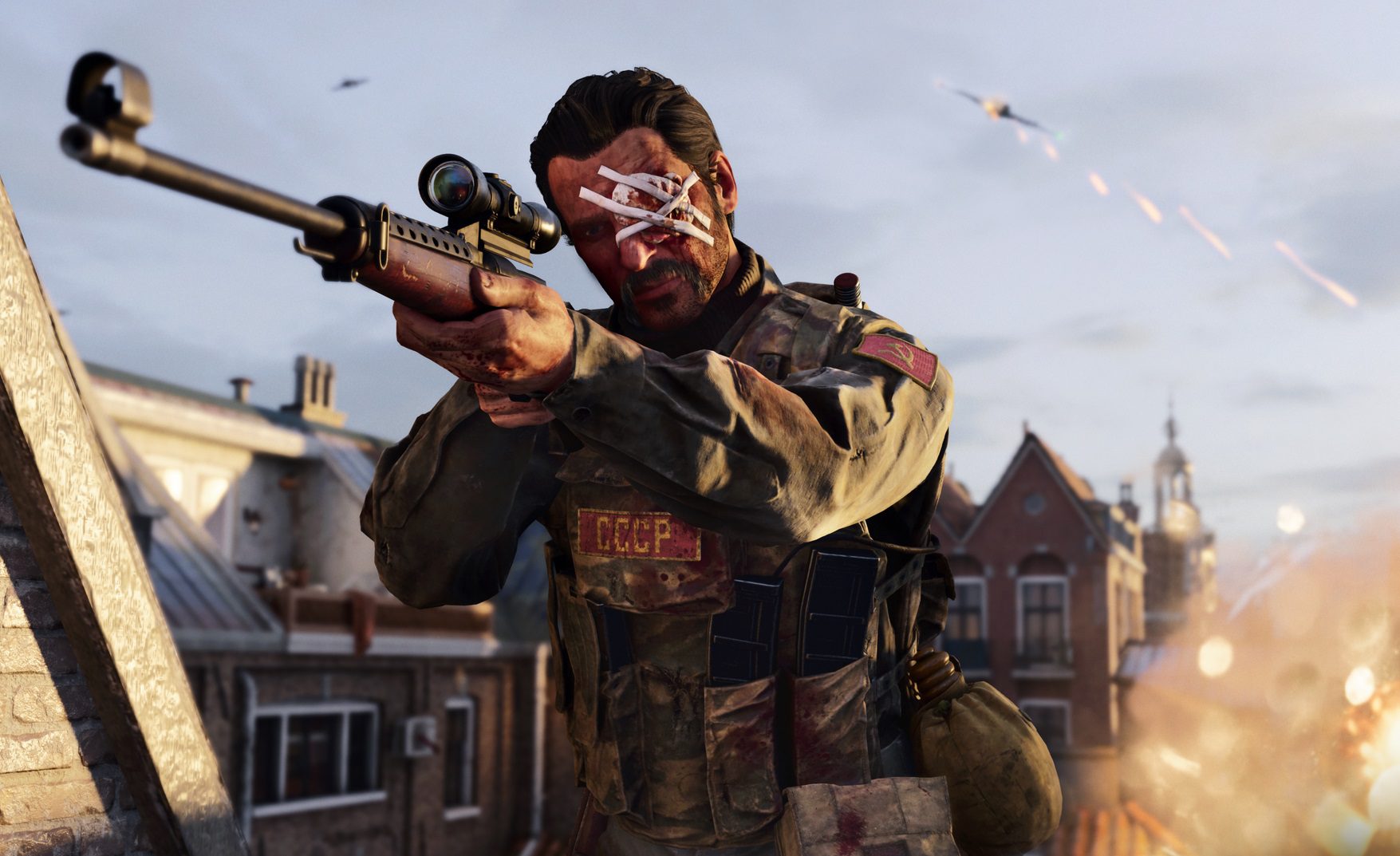 Weaver’s keeping an eye out for you

Activision has revealed the full contents for this week’s Call of Duty: Black Ops Cold War & Warzone Season 4 Reloaded update, bringing a ton of new and returning content to the multiplayer shooter and its battle royale brethren. Among the goodies on offer are a brand new Zombies experience, a new multiplayer map, Warzone objectives, new weapons, and much more.

The carnage kicks off on July 15, with the arrival of the previously reported “Mauer der Toten” event. This new mode for zombies will see the lesser-of-evils merc squad, Requiem, forced to work alongside nemesis Gen. Kravchenko in order to stop a Russian turncoat who has swarmed a segment of her homeland with a legion of the undead. Under pain of death, our “heroes” must work alongside Kravchenko to clear the area, eliminate the traitor, and hopefully escape with all of their body parts — particularly their eyeballs — intact. It looks to be an exciting chapter in the neat “Dark Aether” storyline.

Speaking of ocular engagement, a brand new operator is on the way in the form of Requiem C.O. and Black Ops veteran Grigori Weaver. The intelligent but highly ruthless operative will return to the field in Black Ops Cold War and Warzone, bringing another familiar face to the huge roster of available characters. Weaver arrives alongside two new death-dealing weapons: The rapid-firing OTS 9 SMG and a Mace melee tool. I’m gonna be macing people good like Homer Simpson.

Returning to Multiplayer is classic Black Ops II map Rush. This small-scale paintball arena is straight chaos, and actually one of my least favorite maps in Call of Duty history. But if you like your action hot and heavy, with lead raining in from all sides at all times, then you’ll want to jump into Rush as soon as possible. Oh, and unsurprisingly, nobody is actually using paintball guns, so you’ll end up in a far worse condition than even PJ in Byker Grove… That reference is for NOBODY. 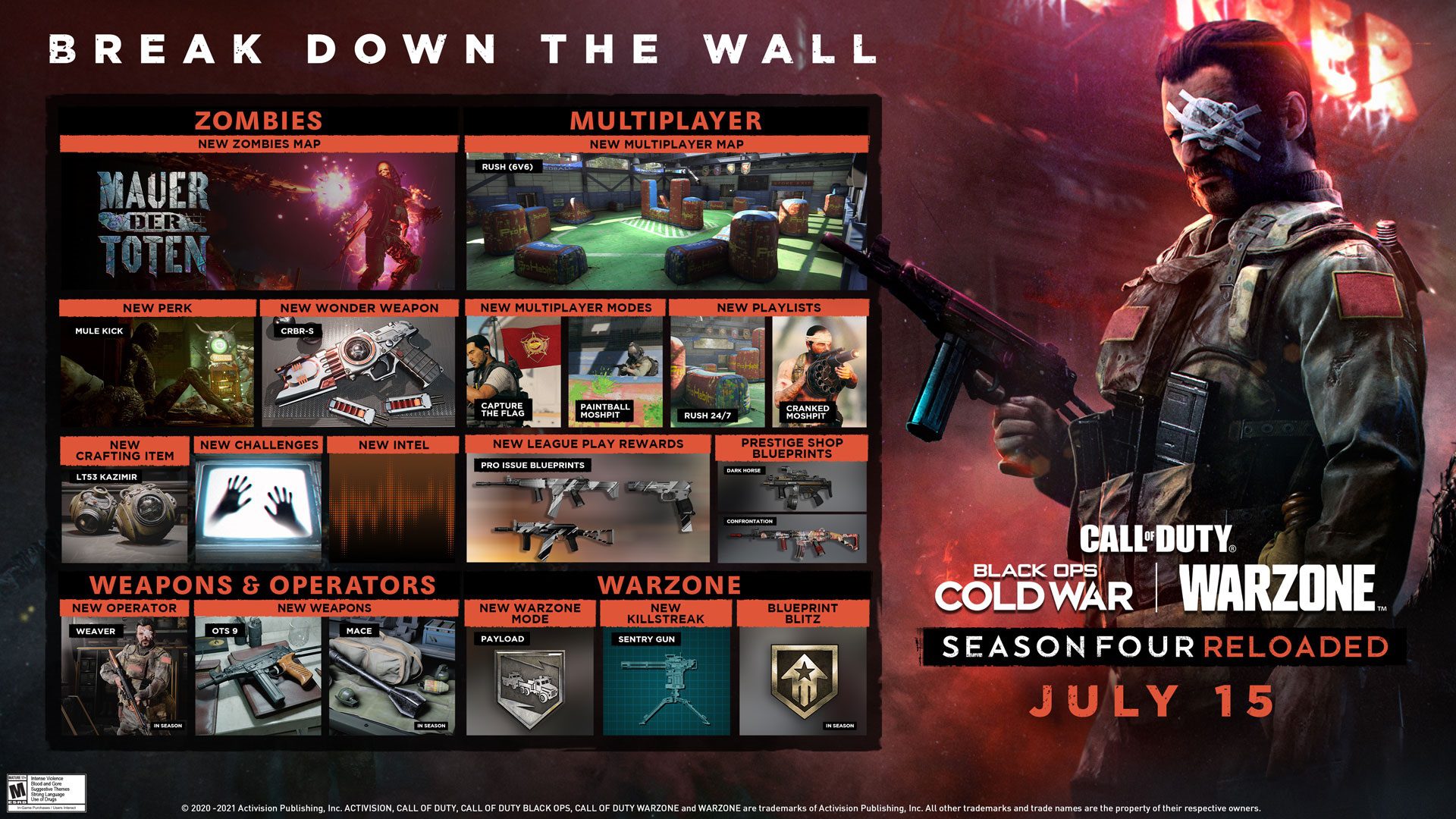 In the epic world of Warzone, it’s only a minor update this time around. A new mode is incoming in the form of Payload, while the Sentry Gun is joining the Killstreak options. Hmm… That’s a pretty powerful tool and I can imagine that it will get frustrating quickly. I doubt it can finish off a DBNO player, (at least I hope not), so at least it won’t be a case of plant and forget. A Blueprint Blitz event will also arrive in the coming weeks, and the mysterious Red Doors will… erm… “become more mysterious”.

That’s a lot of content to keep Call of Duty fans engaged through the back half of Season 4. I’m still finding the time to play Black Ops Cold War every week and, despite reports to the contrary, am finding all of the lobbies packed with players all day, every day. I’ve also been enjoying picking my way through the growing selection of Zombies modes, usually while listening to podcasts. It’s a fine way to round out the day, I’ve found. More undead action is extremely welcome. Brrap.

Call of Duty Season 4 Reloaded kicks off on all platforms July 15. Check out the official blog for full details.