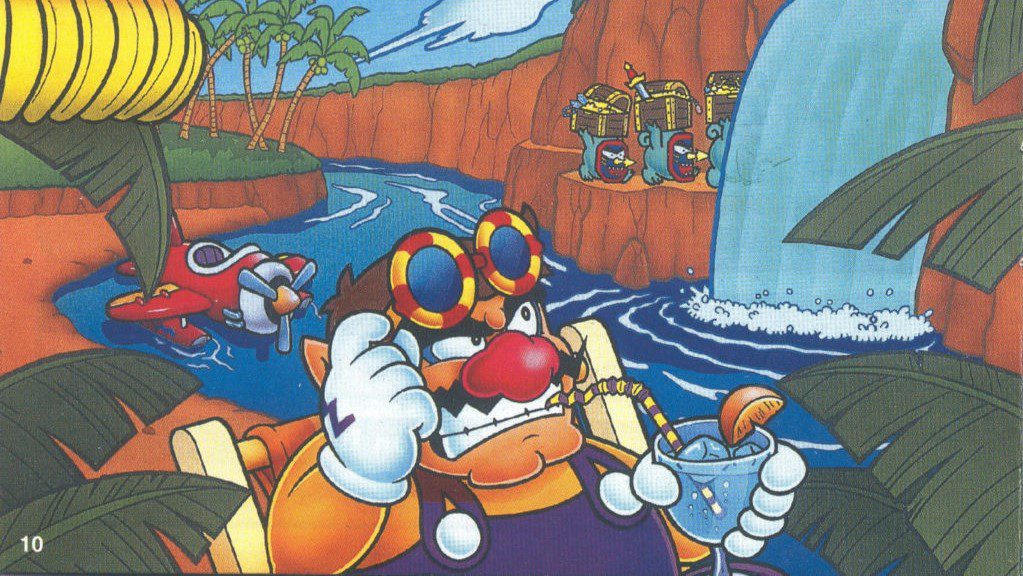 Stick your face into adventure

I’m kind of a fan of the Virtual Boy, but in the way you might be a fan of a timeshare sales pitch. You’re not actually enjoying yourself, but you can’t escape and you’re in awe of how it’s progressively getting more intolerable. You wonder how much patience you have left, and whether or not the free tickets to Disneyland are actually worth it. You wonder if it’s ever going to end and if you actually survived that car crash or if you’re actually in hell and this is your punishment for a life of cutting in line.

I own the full North American line of Virtual Boy games. In my defense, it was cheaper when I started collecting. For the most part, it’s a set of games that feel more like tech demos. Few of them feel like complete experiences. Teleroboxer comes to mind when thinking of games that actually tried, but the one that stands out the most is Virtual Boy Wario Land. It stands out because it feels like a game that everyone should play, but few people are able to. 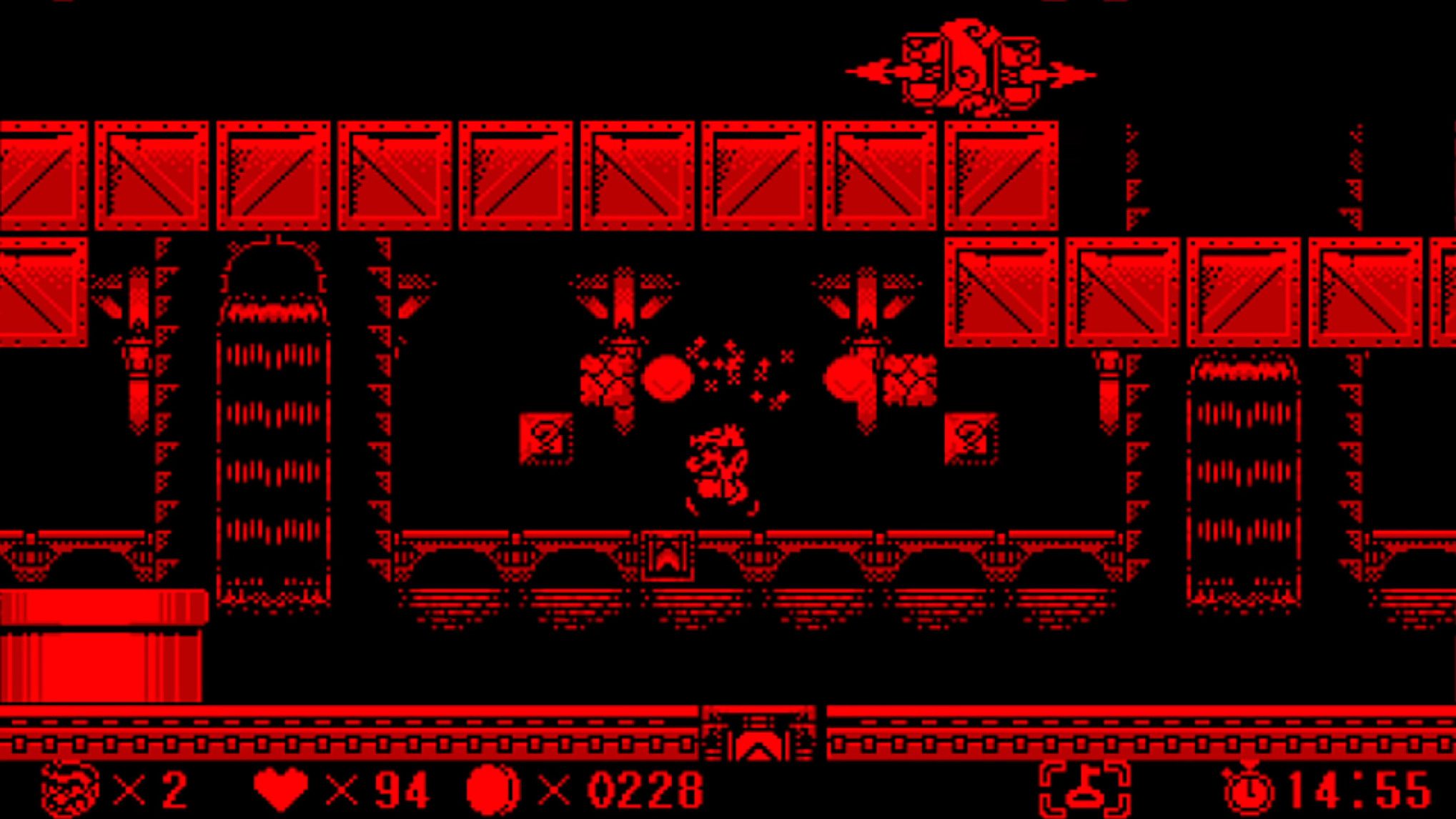 One major difference is that Virtual Boy Wario Land eschews the world map of previous games. Don’t let that lead you to believe that the game is linear. It is on a level-to-level basis, but each stage requires a bit of exploration.

The goal is to gather as much treasure as you can on the way to the game’s end. Each level hides one key required to exit and one treasure that helps you on your way to the best ending. Otherwise, the coins and treasure serve as a scoring system, which helps give an incentive to replay the game, which it badly needs. 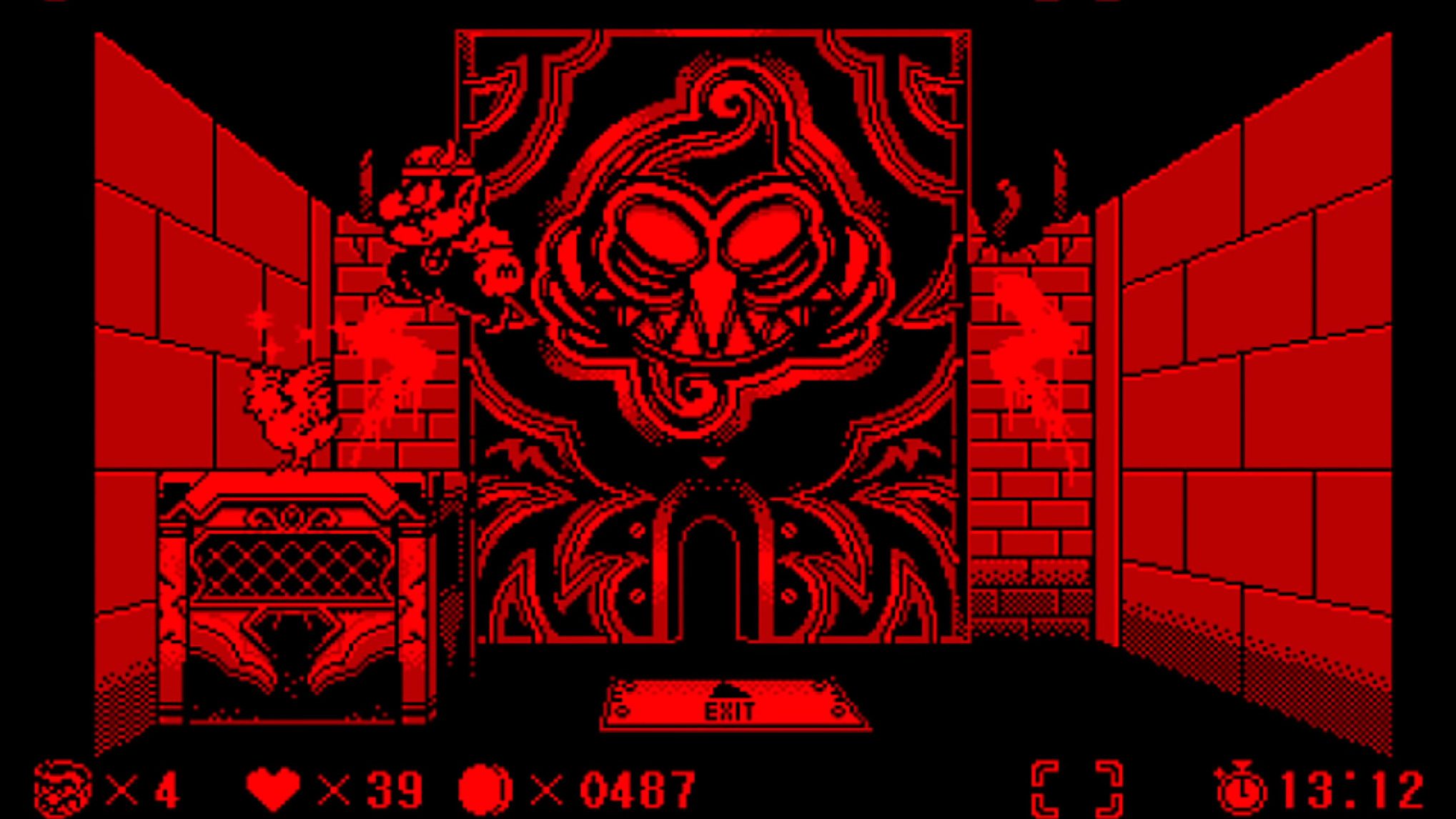 That’s because it’s about two hours long, even if you go out of your way to scour for coins and treasure. It’s helped by the fact that the best ending rewards you with a tougher second quest, but it still feels insubstantial. Also, to be fair, that’s about how long you’d spend with a Sonic the Hedgehog game. It’s not an outlandish runtime for a side-scroller, but you’ll have to forgive me for craving more.

On the other hand, I’m not sure what your experience is with the Virtual Boy. A lot of people complain about eye strain when using it, but I think they just need tougher eyes. The real problem is ergonomics. The thing seems designed so you’ll set it at a table and sit in front of it, leaning in. That’s a nightmarish proposal. I prefer to sit reclined and have it lean against my face, but it’s definitely not the most comfortable experience. Two hours might be the maximum amount of time you can stand to stay with your face stuck in a torture machine. 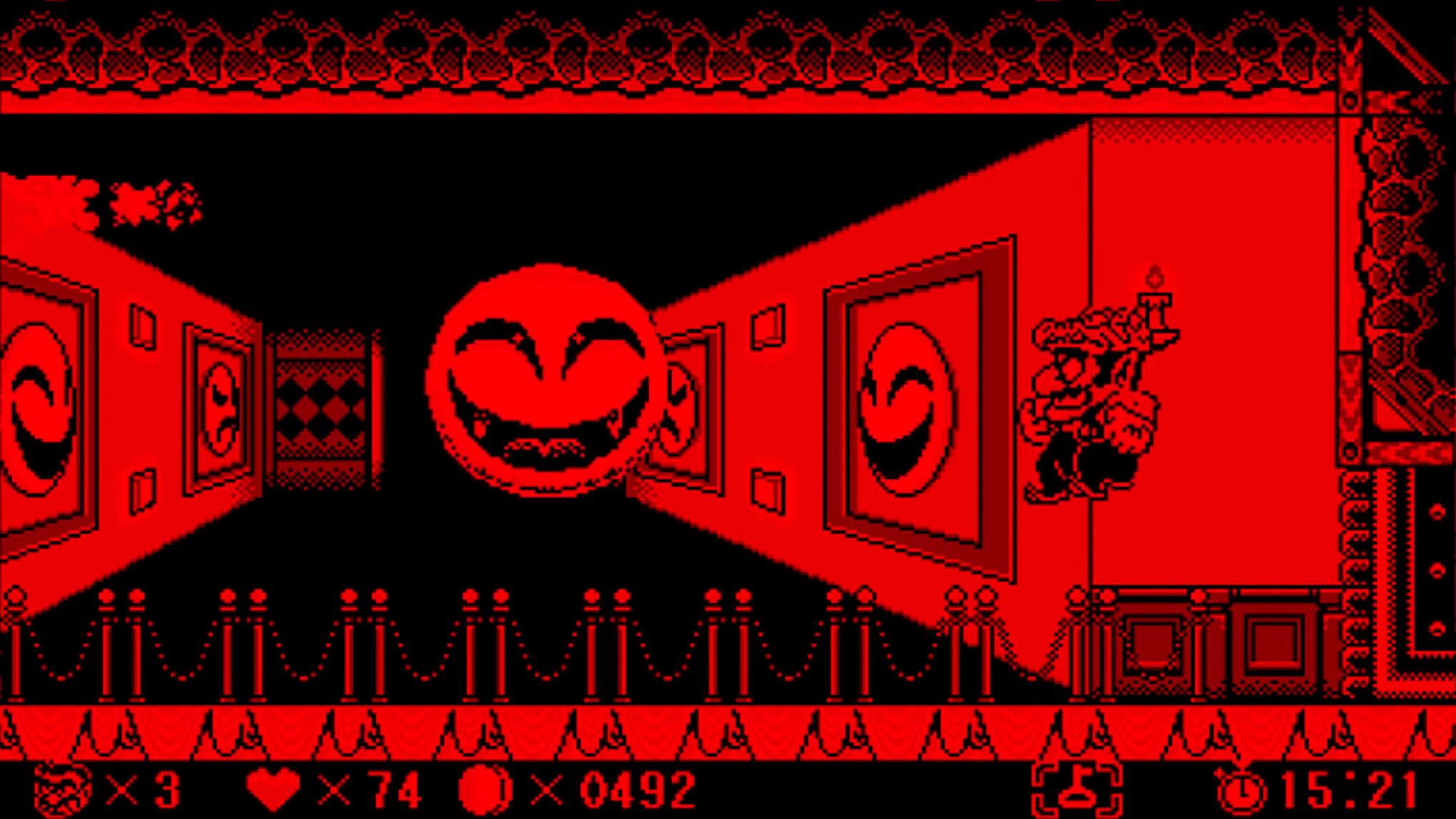 I wouldn’t say it’s not worth it, though. Virtual Boy Wario Land is one of the tightest platformers I’ve ever played. Although it’s a side-scroller, the developers did a great job making use of the system’s ability for 3D. Things swing back and forth, giving you a nice sensation of depth. When you jump into background layers, the sound effects get a distant echo. Whether or not the console deserved it, the people who worked on it gave it some love.

The sprites are big and detailed, the animations are well done, and don’t skip the opening sequence. There’s a level of personality here that is almost completely absent from any other game on the system. Except maybe Teleroboxer.

It may not be the most inventive hop-and-bop, but there’s a lot to be said for the Wario Land series. The fact that you’re playing as a protagonist driven entirely by greed and nothing else is pretty refreshing. It’s easily understood. When you’re just chasing a princess, you ask yourself, “Is she a good conversationalist? Does she volunteer? Is she a freak in bed?” But when it’s just riches that they’re after, you can kind of get behind that. Constantly plundering for shiny gewgaws is essentially the entire history of humanity. If anything, Wario is the real everyman hero we can relate to. 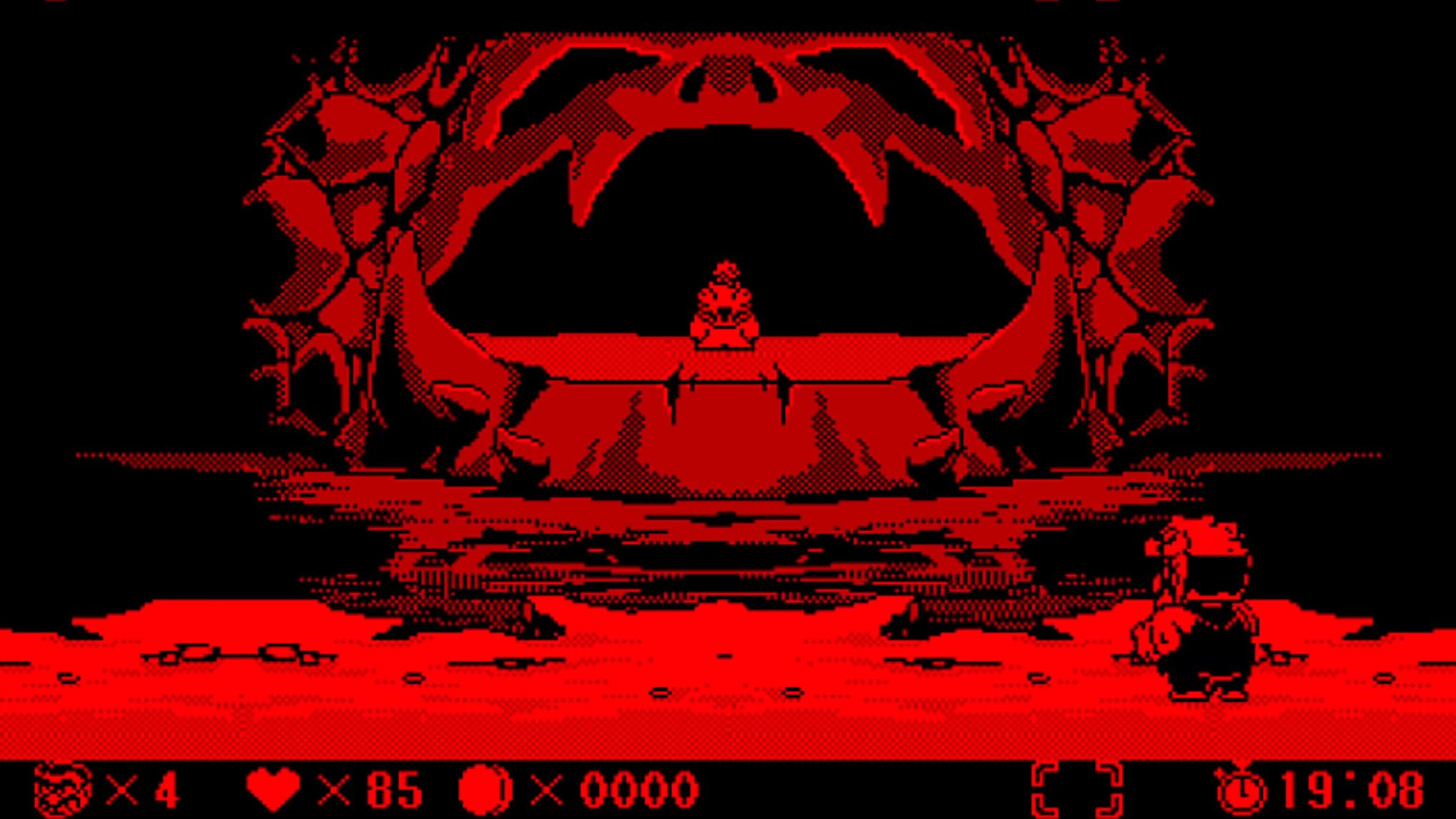 I got off track, but what I want to get across is that, if you discard the console it’s played on, Virtual Boy Wario Land is top shelf. It’s maybe not the series at its most creative, but I’d argue that it’s up there as the most satisfying. No one told the developers that they were on a sinking ship, so they arranged those deck chairs in the most awe-inspiring fashion. It’s just too bad that they wound up as detritus on the ocean floor.

And really, why haven’t we seen any sort of re-release of this game? The 3DS was the prime spot for it, and it got snubbed. The 3D isn’t even critical to the gameplay. Mutant Mudds pulled the same foreground-background malarky, and it has been released on systems incapable of depth ever since.

I’m not even asking them to splash some color onto it. Red-and-black is fine. I just think more people need to play Virtual Boy Wario Land, and they shouldn’t have to hurt their face to do it.