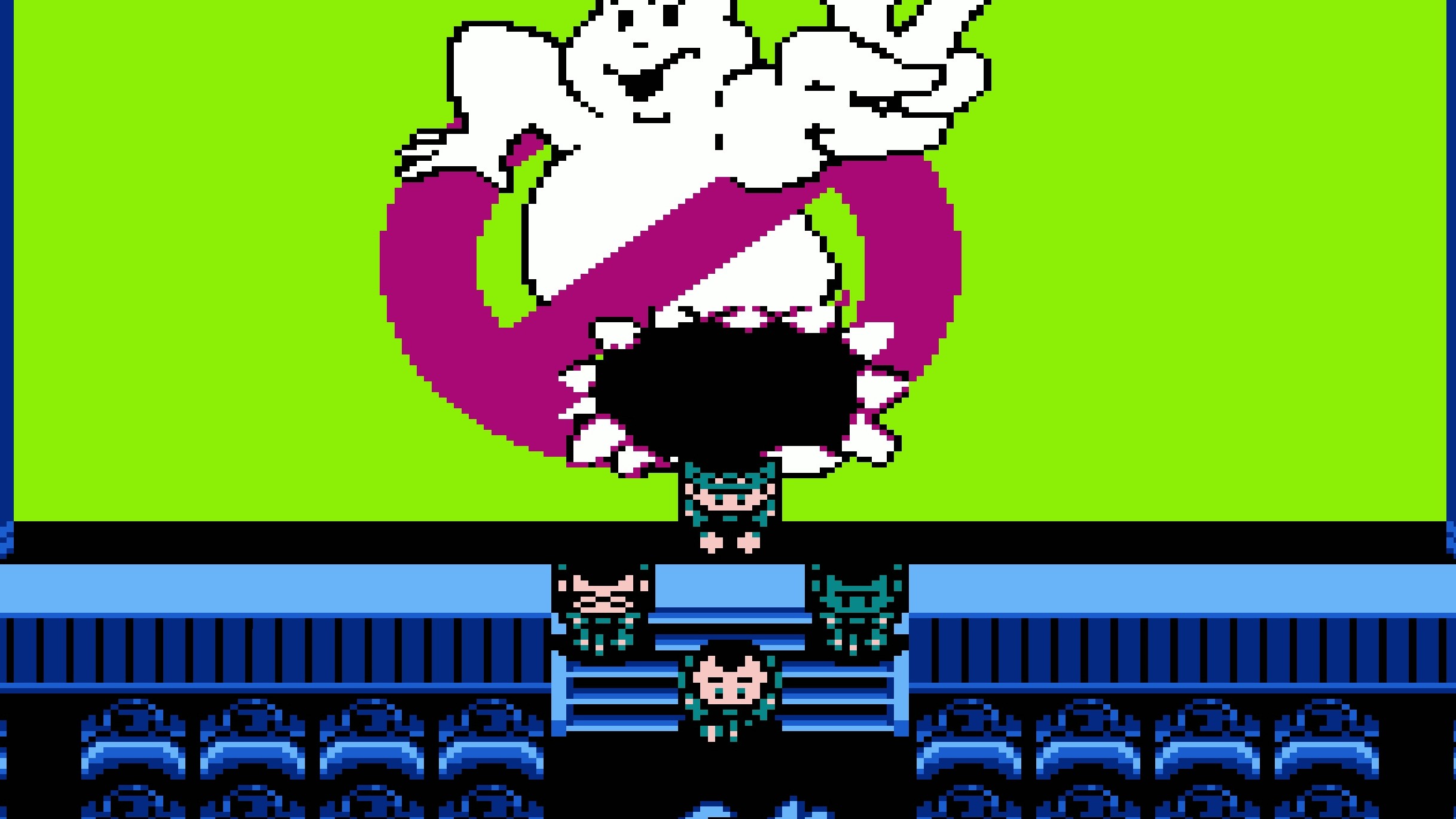 Lemme tell you something

I often opine that video games have not been very good to Ghostbusters. I would think that the entrepreneurial attitude of the original movie depicting a very chaotic and game-like profession would be ripe for translation, but most titles that approach the subject matter fumble it. Sometimes they fumble it catastrophically. Ghostbusters on the NES is among the worst games I’ve ever played.

The go-to answer for a Ghostbusters game done right is Ghostbusters: The Video Game, and it’s absolutely a decent effort. However, despite getting together the original cast and sticking pretty faithfully to the license, the narrative felt tonally off, and the gameplay was merely middling.

If you want the game that really deserves to be considered the best title wearing the tan flightsuit, it’s New Ghostbusters II on the NES. You may have played Ghostbusters II back in the day and thought it was kind of butt, but I’m talking New Ghostbusters II. It was HAL Laboratories’ crack at the license, and they definitely nailed it. 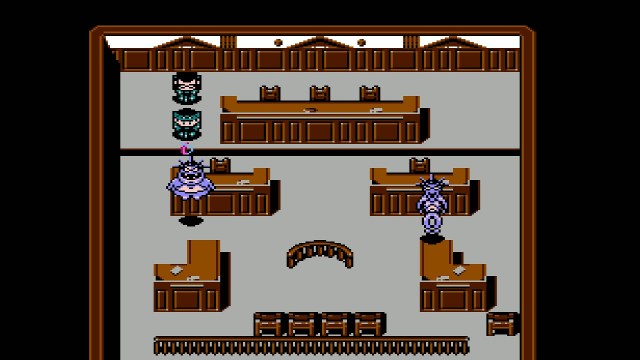 It’s a river of slime

If you need a reminder, Ghostbusters II was the movie where they wore the sequel’s logo on their uniform. It wasn’t the masterpiece that the original film was, being a bit more dopey, commercial, and family-friendly (even though a couple of scenes traumatized me as a child). However, it still had a fun pace, good humor, and the same great cast. It’s definitely still worth watching, but being compared to the original Ghostbusters film is never going to end well for anybody.

While Activision had the rights to cash in on the film’s image in North America, HAL Laboratories got it for Japan, and the very next year in the United Kingdom. This meant that their version never landed on this side of the pond, but a similar game by them, Ghostbusters II on the Game Boy did while being published by Activision. 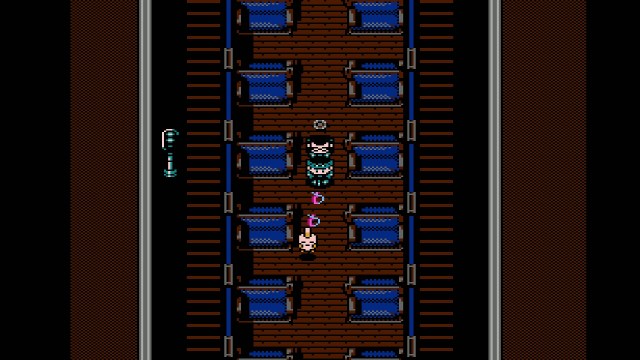 Hot and ready to pop

While Activision’s efforts are the kind of quality you’d typically expect from a licensed NES game, New Ghostbusters II is a joyful representation of the film. The whole experience is represented as a chibi-styled, top-down affair. You choose two of your favorite busters from a selection of five. Rick Moranis’ character, accountant Louis Tully, is also available. There’s no difference between any of them, so it’s all a matter of preference.

One of your chosen characters takes the lead with the proton pack, ensnaring ghosts and holding them into place. The other follows behind with the trap, throwing it out and capturing the entities. It’s all rather quick and snappy. It follows the concepts laid out in the film but manages to avoid making them a chore. It also boils down the gameplay to two buttons. Everything is done with the trap and proton pack. Nothing new is added throughout the game, but it gets a lot of mileage out of the basic mechanic.

The one downside this has is that your partner is AI controlled. They don’t exactly match your footsteps, instead wandering slightly. While this is definitely a more dynamic way to play the game, it does allow for rare instances where your trapper gets stuck somewhere. There was one boss encounter in particular where I snared my prey, only to notice that Egon wasn’t even on screen. I died as a result, and when I respawned, he was still AWOL. I had to search for him, discovering that he was stuck in the bathroom. Happens to the best of us. 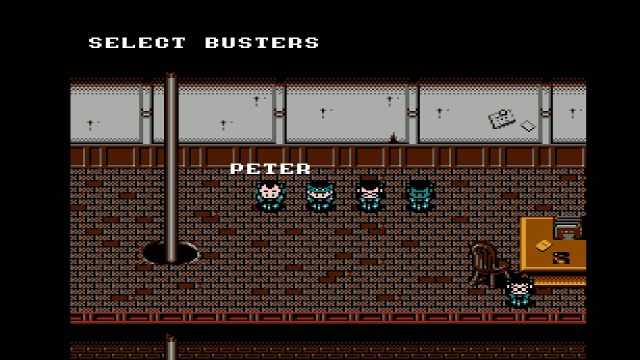 The levels roughly follow the flow of the film. There are no cutscenes, so it’s up to you to remember how it all goes together. The whole game can be completed in under 45 minutes, but there are limited continues that threaten to push you back to the start. It’s not the hardest game, but it isn’t the easiest by a longshot. The third level in the apartments, for example, is a lot longer than the other stages and can be a test of endurance. New Ghostbusters II also has a habit of trying to surprise you, and since one hit can cost you a life, it’s easy to start shedding your extra busters.

While 45 minutes may sound rather brief – and it is – it means that the gameplay doesn’t have a chance to go stale. As much as the core concept is well-executed, not a lot is done with it. There are no power-ups, no alternate weapons like the slime blower, and no mechanics beyond enemy disposal that make use of it.

That’s unfortunate because a lot could be done with it. Not just through the implementation of proton-powered door locks, but through a wider foundation. Once again, I’m wishing for some sort of managerial meta for a Ghostbusters game. It’s too bad that New Ghostbusters II wasn’t some resounding success that begged the development of New Ghostbusters II 2. The core mechanics are great. Someone just needed to take them and run. 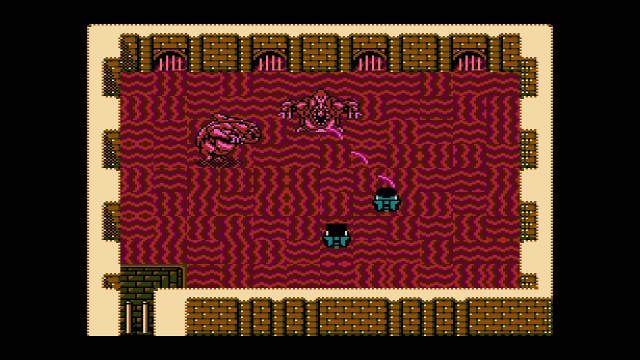 Did you catch the number of that train?

What’s there is a tonne of fun, though. While games like Ghostbusters on the Sega Genesis feel like they try twist the core concepts of ghostbusting to fit into a pre-existing formula, New Ghostbusters II is more like asking how the movie can be made interactive. The biggest issue here isn’t a shortage of execution, it’s a lack of ambition.

Yet, I still recommend New Ghostbusters II to any fan of the films. From the soundtrack to the core gameplay, there’s a lot of love in the final product. Considering some of the bombs that have been thrown to fans throughout the franchise’s entire lifespan, a competent game from the past is a breath of fresh air.

I mentioned that there was another HAL Laboratories creation released around the same time, Ghostbusters II on the Game Boy. While a lot of the concepts cross over to the platform, it’s not the same game. It’s significantly scaled down. Maybe still worth a look, but not as impressive as its NES equivalent.