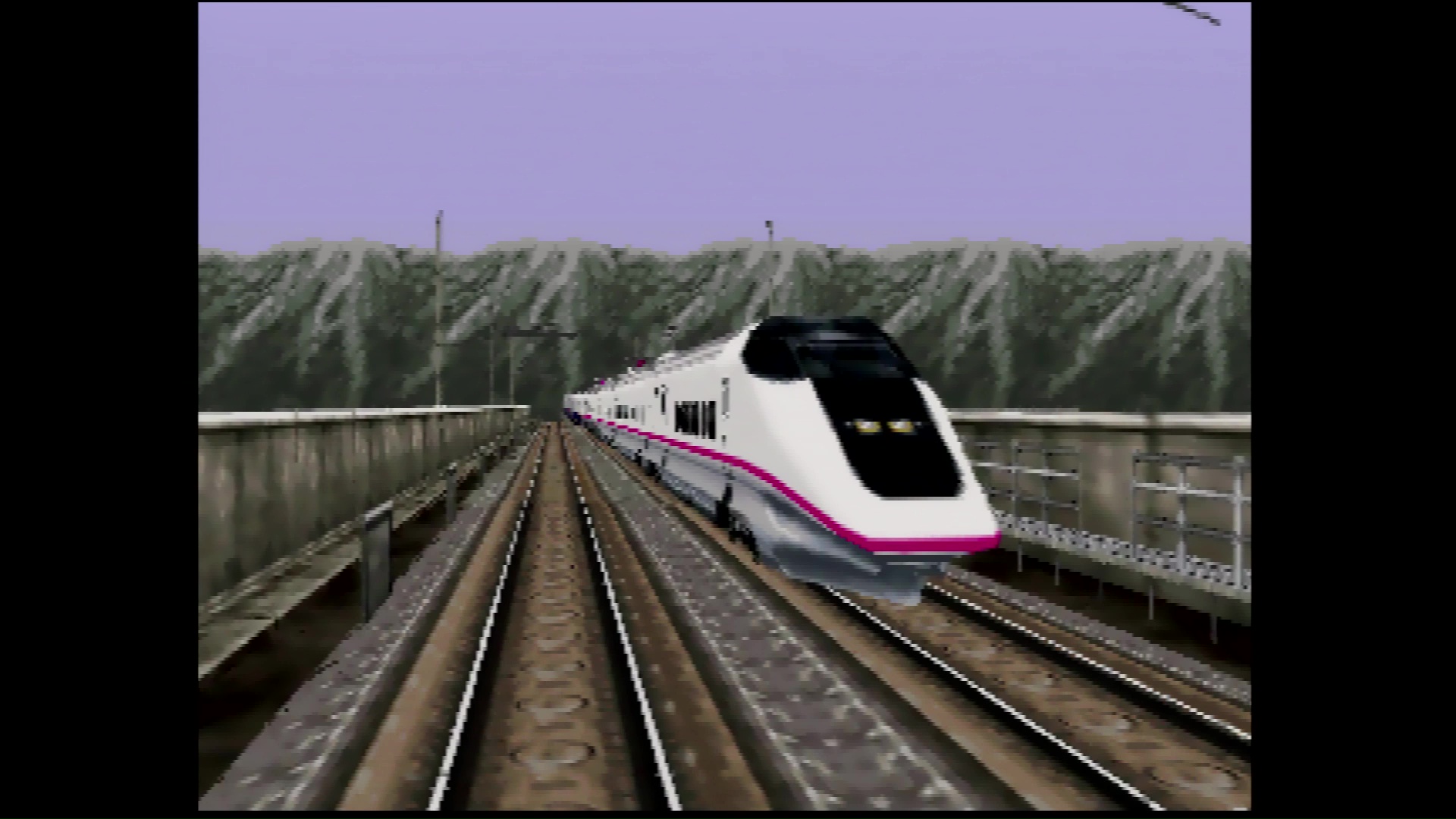 I don’t tend to play games for escapism. The whole “escape from the world’s problems by going to a fantasy world” doesn’t work for my brain. Finding a game that actually gets me to relax is difficult. Even some games that are intended to be relaxing seem to have the opposite effect on me. What I’ve found that works are games that don’t allow me to think about anything else, such as Doom Eternal, management games, and simulators like Densha De Go 64.

I actually picked up Densha De Go 64 because I love the N64 and saw the game’s special controller. I knew I needed it. What I didn’t realize at the time was that the sound of the rail joints and the shouts of oncoming signals were the perfect mix to get me to vegetate on the couch.

Densha De Go started in arcades in 1996. The games are simulators of real Japanese rail routes. If your first thought is of the strict rules and timetables that conductors must adhere to in the real world, they’re replicated here. You not only need to obey rail signs and arrive as close to the scheduled time as possible, but you’re also expected to come to a complete stop at the appropriate spot on the station platform. Don’t worry. There is some space for error as screwing up merely takes from an allotted number of points you start with.

The rules are numerous and complicated. Sometimes there’s a speed limit, while other times if you’ve been going too fast, it will abruptly ask you to cut your speed, so you don’t hit the train in front of you. Every so often, you have to toot your horn to let bridges know you’re going under them and tunnels know you’re sliding in. It’s quite a lot when you start out, and it’s maybe a good idea to have a reference nearby, especially if you’re not fluent in Japanese.

The goal is to make it to the end of each route with some of your points intact. You lose points for being late, overshooting your stopping point, or not tooting when you’re supposed to. You gain points for doing all that really well, including tooting. If you manage to make it to the end with points remaining, you get a star on that route. Good job! If you lose all your points, you either start the leg of the route you failed over or get bumped ahead to the next station.

It’s challenging for more reasons than one. If Densha De Go 64 tells you that you need to slow down, it usually means do it right now. If you were speeding, you rarely have enough time to cut the throttle and throw the brakes. Pushing the brakes into the emergency settings generally has the same penalty as failing to slow down entirely, so it’s better to be careful.

Scratch that; it’s better to know what’s coming up. Densha De Go is obviously designed to have you perfect routes. You’re not likely going to make it to the end of one flawlessly on your first try. Instead, you need to learn the ins and outs of that route, where it’s safe to cut loose, and when you need to keep careful control of your speed. It’s also going to take a lot of practice before you’ll be stopping in the correct spots. Braking is fundamental but definitely not easy.

You also have a number of different routes to choose from that often have their own unique train to try out from all over Japan. They range from rural routes to jammed Tokyo commutes, but you never have to worry about what your passengers are doing, just getting to where you need to go on time.

It may seem like having alarms go off every time you threaten to ram an oncoming train wouldn’t be all that relaxing, but that sort of thing isn’t terribly frequent if you just drive carefully. There’s a zen-like appeal to getting a route down; a perfect dance performance of manipulating the brake and the throttle. It’s also not all that cruel about failure, either, alarm bells aside.

The N64 isn’t the only place you can go for trains; the series was released everywhere from the PlayStation 1 to the Wonderswan. Most consoles have their own version of the controller as well, which features a throttle and brake, both of which click satisfyingly. The N64 version is technically Densha De Go 64 with an expanded Toukaidou Line and voice support. Yeah, voice, using the Hey You! Pikachu! microphone. I didn’t try out that feature due to my overwhelming fear of microphones and Pokemon-related PTSD.

The series has continued long past this particular installment, though, with the most recent addition, Densha De Go Hashirou Yamanote-sen, being released on Switch and PS4 in 2020. And yeah, you can get a special controller for those versions too (please, Destructoid?).

Nowadays, there are a lot of options if you want a train simulator. If you’re just looking to get behind the levers and buttons of a powerful iron steed, you have choices beyond the arcade-influenced Densha De Go series. Maybe you’d even prefer to lay your own track. Maybe you prefer trains made out of wood. It’s a well-tread genre.

But for me, the N64 is already my comfort console. It’s an old, reliable friend when I need one. Sprawled out on the couch with a clicky train controller on my lap for an hour or so before I pass out for a nap is a great way to end a morning full of stressful consciousness. If only I could get braking down. Or if people would just get used to walking a few meters to the door, that would be nice.