[Update #2: Nintendo has once again restocked the Metroid Dread poster as of the evening of November 10.]

[Update: The My Nintendo Metroid Dread poster just got a restock on October 19! This thing has been going for $50 or more on eBay as a set (or $25 individually), so maybe consider getting in on it.]

Welcome back to the ’90s, where everything is holographic. Nintendo is celebrating the launch of Metroid Dread with a new My Nintendo reward, which has become the new norm for first-party games. Given how popular they are on the shop, it’s no surprise that it’s a Metroid Dread poster set.

As a two-pack for a whopping 1000 Platinum Points (plus shipping), you can get two holographic foil Metroid Dread poster rewards. Both feature art from the game, including Samus squaring off against two of the main enemies from the game: the mysterious Chozo remnants and the E.M.M.I. robots. The posters are sized at 11.75″ x 18″, and Nintendo also has a few digital wallpapers on the same reward site.

As a reminder, you can find our full Platinum Point guide here: bookmark it for when you need quick points for a reward, like the Metroid Dread poster two-pack here. A handful of points is incredibly easy to get, as that’s basically just 15 minutes with Super Mario Run, or a quick sign-on to the 3DS or Wii U 3Shop. Also remember that any shipments are bundled together, so you can pay a flat rate for multiple items instead of paying it each time. 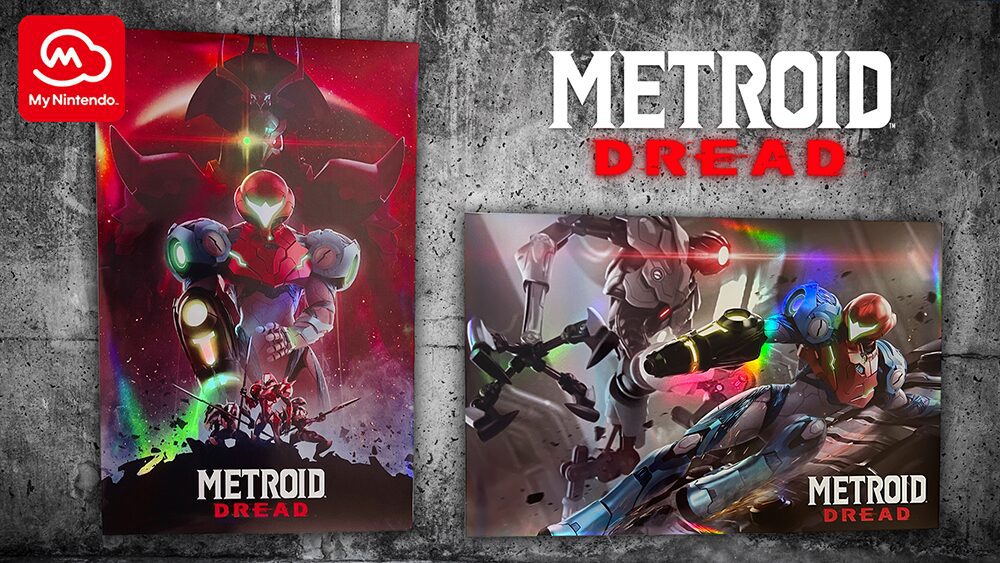