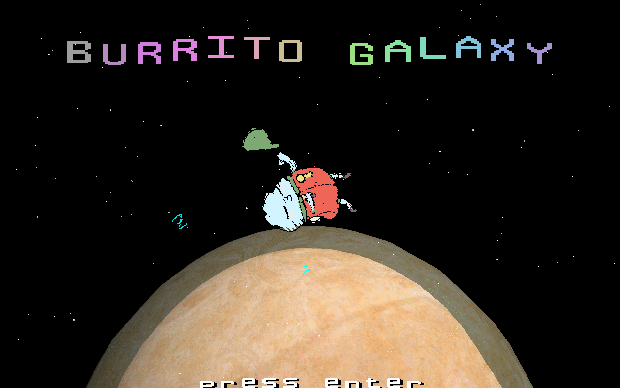 ‘What? What IS this?’- Barry Butron

Burrito Galaxy 65: Cellular Destinies (Based on a true manga) THIS GAME IS GARBAGE EDITION, the adventure formerly known as Burrito Galaxy 64: Mega-Tortilla Bean Saga 30X6 – Planetoid SAL-5A XIV Director’s Cut: Extreme Edition, is still on its way, and we still don’t know what the heck it is. The only thing we know for sure is that it’ll be on Steam, as the game has officially, formally, completely, and fully made it through the Greenlight process.

On top of that, the game’s YouTube page and this post on GoNintendo, Burrito Galaxy 65 will “prolly” make it “PlayStation and Wii U … later because we [the developers] would probably add more content to take advantage of the GamePad. “

Sometimes the less you know about the game, the more you want to play it. There is a certain air of confidence in barely marketing your game, changing its name for no apparent reason, and then announcing it for release on consoles without seeming to give actual f*cks.