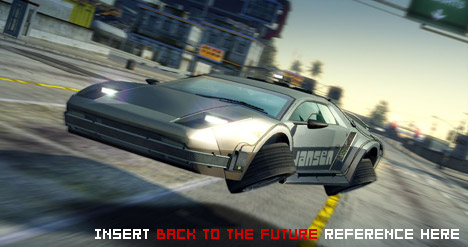 I have heard many of you mention that you plan to support Criterion by purchasing premium downloadable content as a way of repaying the company for rocking on the free DLC front. But will you make good on that promise?

Thankfully, the “Legendary Car Pack,” which will be released this Thursday for Xbox 360 and PlayStation 3, looks unbelievably cool.

The pack’s February 19 release date comes to us via Matt Webster’s Twitter, where he also mentions there will be the option to buy the four cars separately. No word on pricing as of this time, but Criterion should be getting that info out soon.

The question is, who here is getting this DLC? I fully expect to see nothing but the Jansen 88 Special on the streets of Paradise City by Friday.