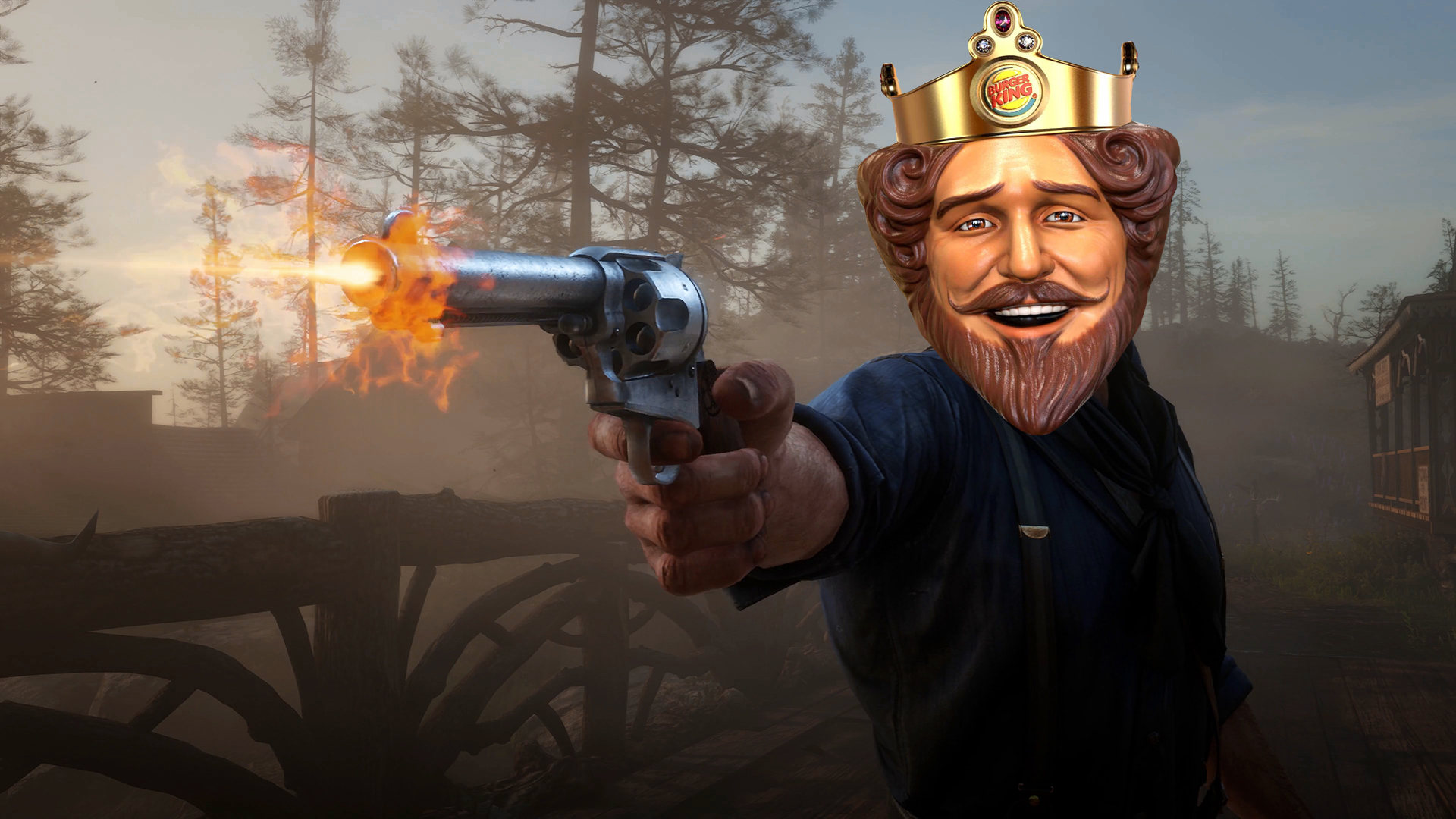 Not to be outdone by and Wendy’s and KFC’s recent announcements about breaking into the games industry, long-time monarch of asinine fast-food promotions in video games Burger King is back at it, this time “adding” the feature of creating a Whopper to Red Dead Redemption 2.

In a promotion put on by Burger King Sweden, players must slaughter a cow and a pig and collect a cheese wedge and bread roll and scan their inventory on the hilariously on-brand website, craftawhopper.com. From there, the site will verify your hard work and reward you with a coupon for a free Western Whopper. There’s a trailer for this.

In a press release put out by BK Sweden CEO Iwo Zakowski, the company boasts that:

“This is a game that has almost everything. But still, you don’t have the ability to craft a flame-grilled Whopper. All the necessary ingredients are in the game, so we felt it’s something we wanted to add.

We’re basically adding a feature from outside the game.”

Is this the corporate, dystopian future we’ve earned as a planet of rabid and impatient consumers unwilling to slaughter, prepare, and flame-grill their own foods in favor of pulling their car around a sad and decrepit building wasting both fossil fuels and money in a futile effort to save a bit of time by having someone who makes barely enough to afford their own Whoppers hastily craft them for us in the ill-spirit of fast food culture? Or am I reading too much into this and BK is really trying to get a bit of easy press by latching onto one of the biggest entertainment releases in the history of mankind?

Residents of Sweden can enjoy a free flame-grilled Western Whopper by crafting their own in Red Dead Redemption 2 through December 5.