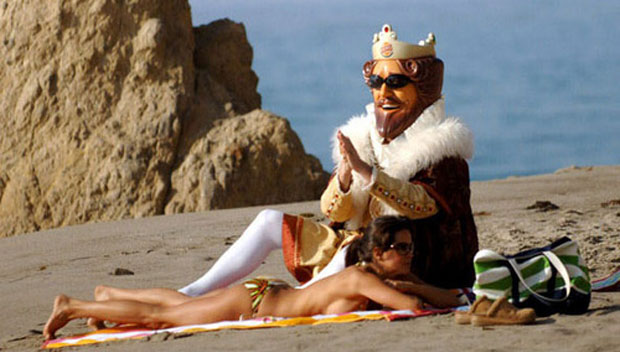 I’ve still got my collection of promotional Burger King Xbox 360 games sitting proudly on my shelf. So you can bet that when the fast food royalty announced that it would be working with Microsoft and Kinect, I started to feel warm fuzzies inside of my stomach. (No, I’m pretty sure it’s not the double Whopper with cheese I had for breakfast.)

Now online game-swapping site Goozex (as spotted by Joystiq) has seemingly outed the upcoming game, which it’s listing as Burger King Kinect: The First-of-its-Kind Entertainment Experience So You Can Have It Your Way. According to Goozex, its game database is provided by Rovi, which lists the Burger King Kinect title for a late 2010 release.

Following up on the groundbreaking promotional lollapastravaganzas Microsoft and Burger King launched in 2006 with the legendary collectible burger-based game triology (which included Big Bumpin’, Pocketbike Racer, and Sneak King) this next endeavor of human triumph now uses the revolutionary powers of the Kinect motion sensor to give YOU, the player, the power to experience virtual burger consumption satisfaction like no planet of the solar system has in all of history!!

NOTE: This promotion has not been officially announced to be an actual videogame. Please check back later for official info, maybe eat a chicken sandwich or something while you wait to find out…

Burger King Kinect listing pops up, may not be for ‘an actual videogame’ [Joystiq]