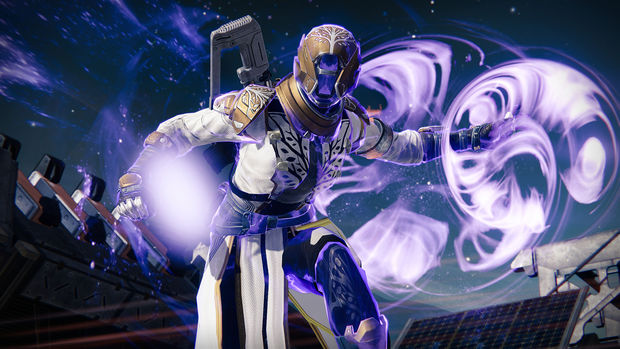 I really hope those expansions are good

As you may have heard, Destiny just dropped a rather big patch recently. It increases the quality of loot in general for a Strike playlist, and allows players to earn better gear from random “engram” drops.

Before the change, the system was utterly terrible. I have no idea how the prior loot system got through quality assurance team, but it was there, and it was eventually fixed. It’s just one wave among a sea of problems, but it’s definitely appreciated.

Destiny needs to follow the golden rule of well designed MMOs — everything needs to be viable in terms of progression, or at least seem that way, no matter how small the gesture. While the clear-cut best way inch closer to level 30 is to acquire full raid gear (and/or one exotic piece), players should always feel like they’re working towards something. Many MMOs do this by way of a token system, which Destiny has.

But said tokens can only get you so far, and require the completion of specific activities (if you don’t like PVP, you’re losing out on 50% of the token system). The main problem is that a whole handful of content in the base game did absolutely nothing in terms of actually giving you a sense of progress. Purple would frequently turn into blues (what is the logic?), and blues rarely, if ever, turned into purples. Players were left hovering around level 25 with no clear loot in sight, and just gave up entirely. If there was some semblance of hope, they would at least see the light at the end of the tunnel while playing the game the way they want to play it.

What the newest patch has done is made the Strike playlist viable again, which is great news for players who have been grinding Patrol missions or PVP while waiting for their raid lockout to reset. As it stands, high-level players stuck in a rut generally logged in to do their weekly raid once, the Nightfall weekly once, and their weekly heroic strike once. Those activities are currently the best three ways to earn gear and materials to upgrade said gear — the main problem is that all of them do not support matchmaking. But patch 1.0.2 has given new life to an entire facet of the game that was completely neglected before — the Tiger Strike playlist.

Now, players can just jump on using the matchmaking system, complete a level with other players, and actually earn gear that doesn’t completely suck. Not only are engrams guaranteed to give you an item of equal or higher quality, but the actual drop rate has been increased. People who aren’t keen on using third party tools to create groups now have a viable option for gear, which is a great thing. It’s a basic thing that should have been there at launch.

Destiny still has a long way to go, of course. A lot of different things need to be addressed, like the lack of content for people who were lucky enough to earn the raid gear to get to 30 (that raid that took 12 hours at launch? It took my group a little under an hour to do it this week). The base story sans expansions is also terrible and cannot possibly be salvaged. But if more quality of life updates continue to drop and the first expansion is truly worthwhile, Destiny could at least deliver on some of the promises it made over the course of the last few years.