For the past few months, Bungie has been telling people that Destiny 2‘s Trials of Osiris would be getting a new coat of paint so that it could return with dignity. After trying and trying again to make Trials of Osiris happen in Destiny 2 it just wasn’t sticking. But this recent effort for the Trials of Osiris revamp might actually stick.

In a new update, after “eagerly waiting to see the reaction” following the changes, things seem positive. Bungie says that 750,000 people played Trials, with is “more than they’ve seen since the early days of Destiny 2.” 120,000 were first-timers, and 470,000 haven’t played “recently.” 237,000 went flawless (the overall goal for Trials), with 105,000 players going flawless for the first time. Most importantly, 30% of all active Destiny 2 players tried it after the grand Trials of Osiris revamp. Bungie says that “no day prior had ever gone above 21%.”

Bungie says it’s not resting on its laurels though (as they tend to do), and will continue to monitor and make improvements. Matchmaking is getting revamped actually, and the reasoning is best explained by Bungie itself:

“We aren’t satisfied with the matchmaking experience for players after seven wins. That area of matchmaking has a significantly higher rate of 5-0 games than we would like, so we are enabling a ‘flawless matchmaking’ pool. However, we want to make sure that there are enough flawless players to maintain good matchmaking times – so we are waiting until Friday afternoon to turn this on, and we will be watching player reactions and matchmaking analytics all weekend to make sure it is behaving properly.”

They’re essentially trying to combat the negative player experience (NPE) of joining Trials, feeling like there’s no hope, and abandoning it forever. It is a competitive game type, but matchmaking can definitely use some improvements to the point where you aren’t joining a match with leavers against a fully-fledged stomp team. There will be “harsher plans” for leavers to that end. 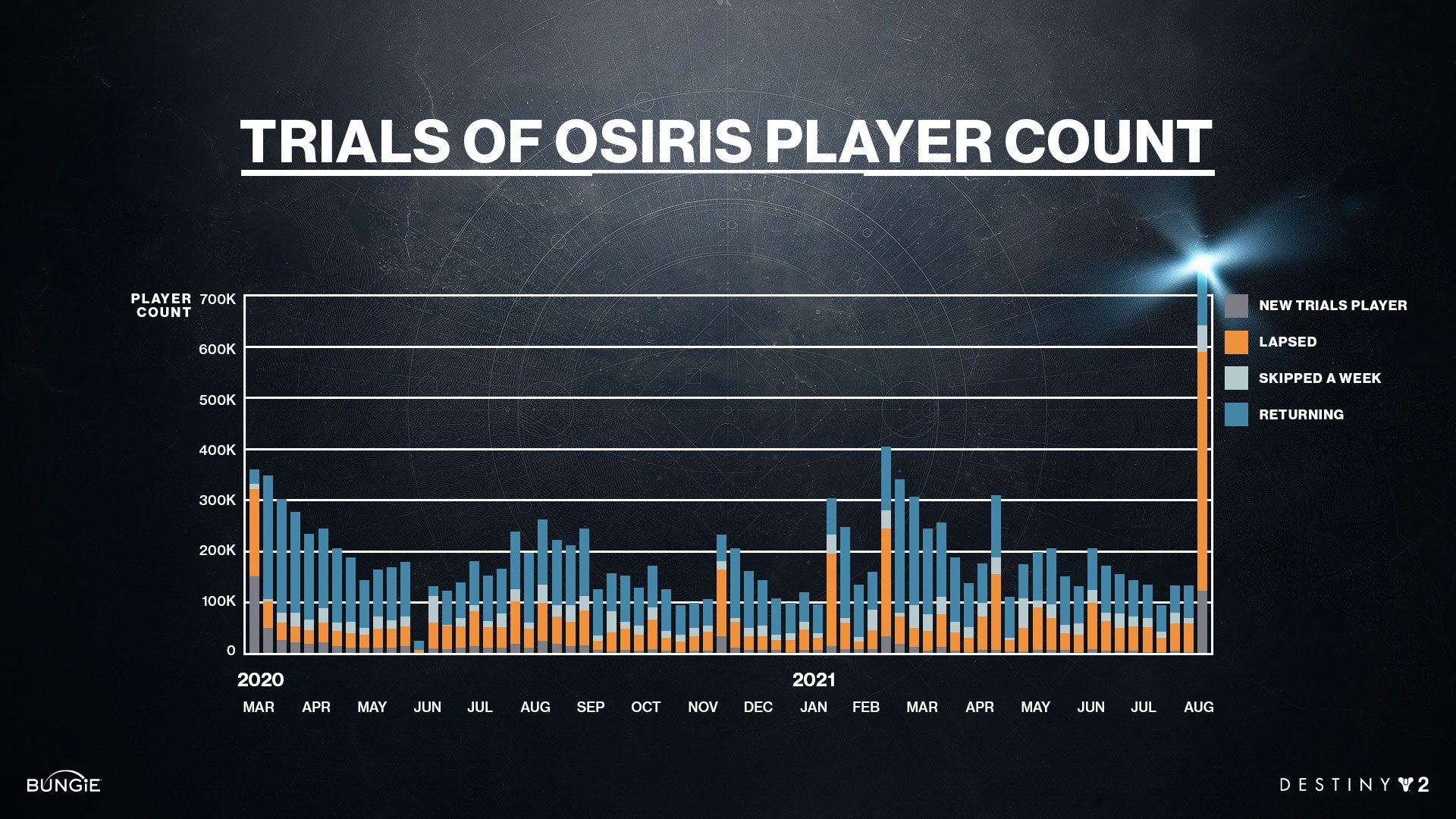