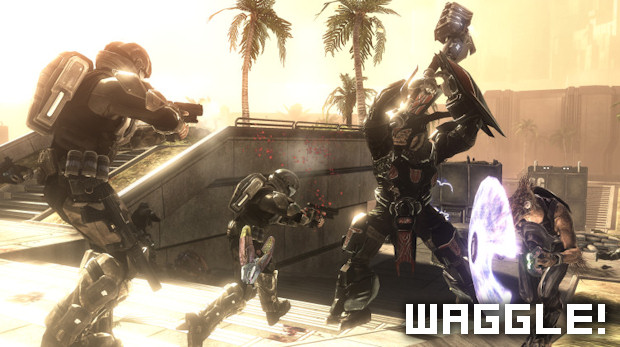 So far, Microsoft’s precious Project Natal has been associated with waving your arms and feet around like an idiot, and … well … not a lot else, actually. It certainly hasn’t been associated with Halo, and franchise creator Bungie reckons that it just wouldn’t work, at least with a proper Halo.

“I think that Natal has some really cool technology,” says senior designer Lars Brakken. “Obviously it doesn’t make sense to use Natal for a full Halo control scheme. At least in my brain I can’t think of a way for that to work right now. That doesn’t mean that it can’t work in the future but I think Natal could enhance things. It’s so far off it’s hard to think about how it could work in a Halo game.”

Hopefully, Microsoft will keep its original franchises as they are, and keep Natal for a bunch of gimmicky, “casual” crap in yet another failed bid to ensnare the soccer moms and grannies that Nintendo has under their thumb. That said, I wouldn’t be surprised to see Master Chief’s Crossbow Training appear at some point in the future.