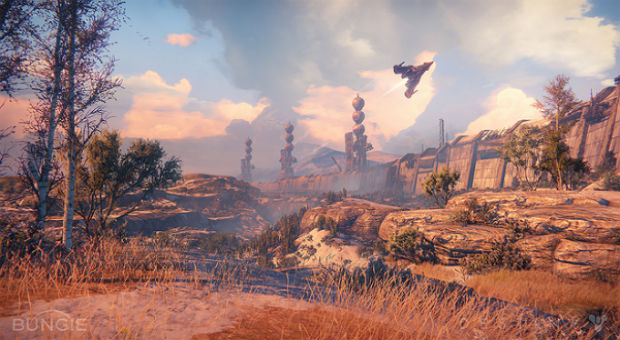 But you probably will be

For fans concerned that the amount of areas available to players in Destiny, Bungie has spoken out in a bid to reassure the masses. And their idea of reassuring those who participated in the Destiny beta is to basically pop off with some doublespeak PR talk that doesn’t specifically address player concerns and instead shifts focus to all of the cool things that “will happen in the future.” At least, that’s what I got from it.

Fans were upset at the fact that the large map Old Russia would be the only area accessible on Earth, which was confirmed by Bungie via Twitch stream:

“Yeah, we’re calling them destinations,” said community manager David “DeeJ” Dague. “You go to Mars, you go to the Moon, you’ve got Venus, and you’ve got Earth.”

Eric “Urk” Osborne chimed in as well: “Destiny’s pretty big. It’s the biggest game we’ve ever made, by far, and we’re sort of known for making games you can play for months, years, and even decades if you’re a little bit… dedicated.”

“With Destiny, we’re looking to exceed what we’ve done before, not just in terms of scale – the Moon is our smallest destination – but in terms of scope and breadth of activities. That’s true for day one, as you expect, but it also means we want Destiny to have super long legs.”

But what of Old Chicago and Europa? What happened to the other areas that were initially on tap? It’s always possible that they simply haven’t been revealed yet, but it’s also disheartening to hear that there’s a bit less content than we might have initially expected. What do you think of these developments?