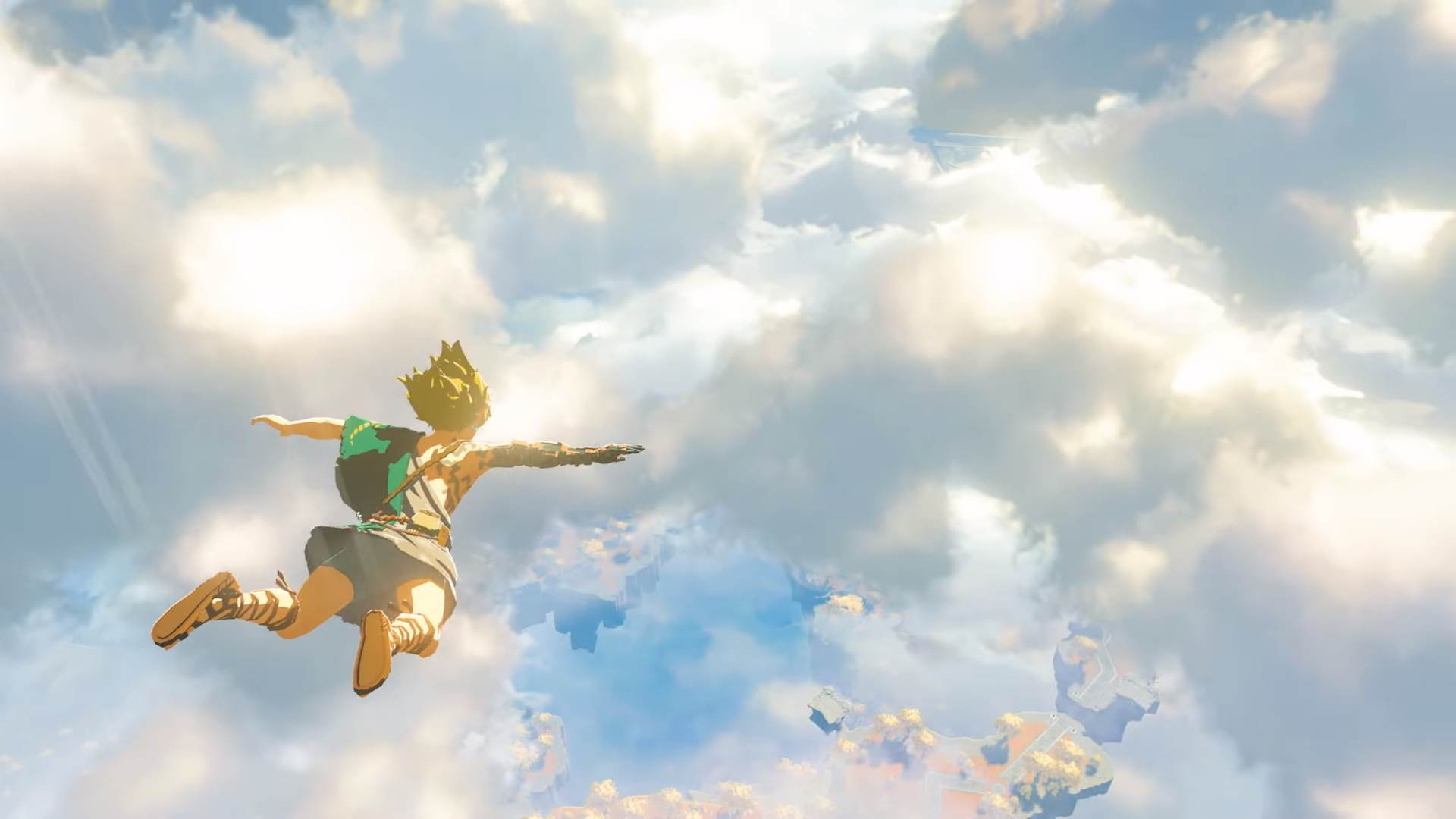 Long-hair Link is causing some speculation

We are now several hours removed from the E3 2021 Nintendo Direct, where we got some new gameplay and a new release window for the sequel to The Legend of Zelda: Breath of the Wild. Suffice it to say, the fan theories are already crackling away.

The cryptic nature of Breath of the Wild 2‘s reveals thus far, combined with the massive thirst for anything related to this new game, are coalescing in a lot of watching, analyzing, and theorizing over the new trailer. By the Nintendo YouTube’s own count, it sits at 1 minute, 38 seconds long, and yet it has a lot of fodder for speculation over what Link and Zelda’s new journey in a post-post-Calamity Hyrule might entail.

Of particular note is the appearance of Link, as he plummets down through the clouds a la Skyward Sword. He’s got a new look: a new tunic, long and luscious locks, and a seemingly cursed arm that gives me serious Prince Ashitaka from Princess Mononoke vibes. As pointed out on Twitter too, it’s also reminiscent of some concept art for the first Breath of the Wild.

It’s a really good look! The long hair makes a lot of sense for a more airborne Link, as it’s really fun to see it flutter in the wind as he plummets towards the ground, or the little hair flip he does when doing that weird portal-through-the-rock thing. And—hey wait, is that different hair in another scene? 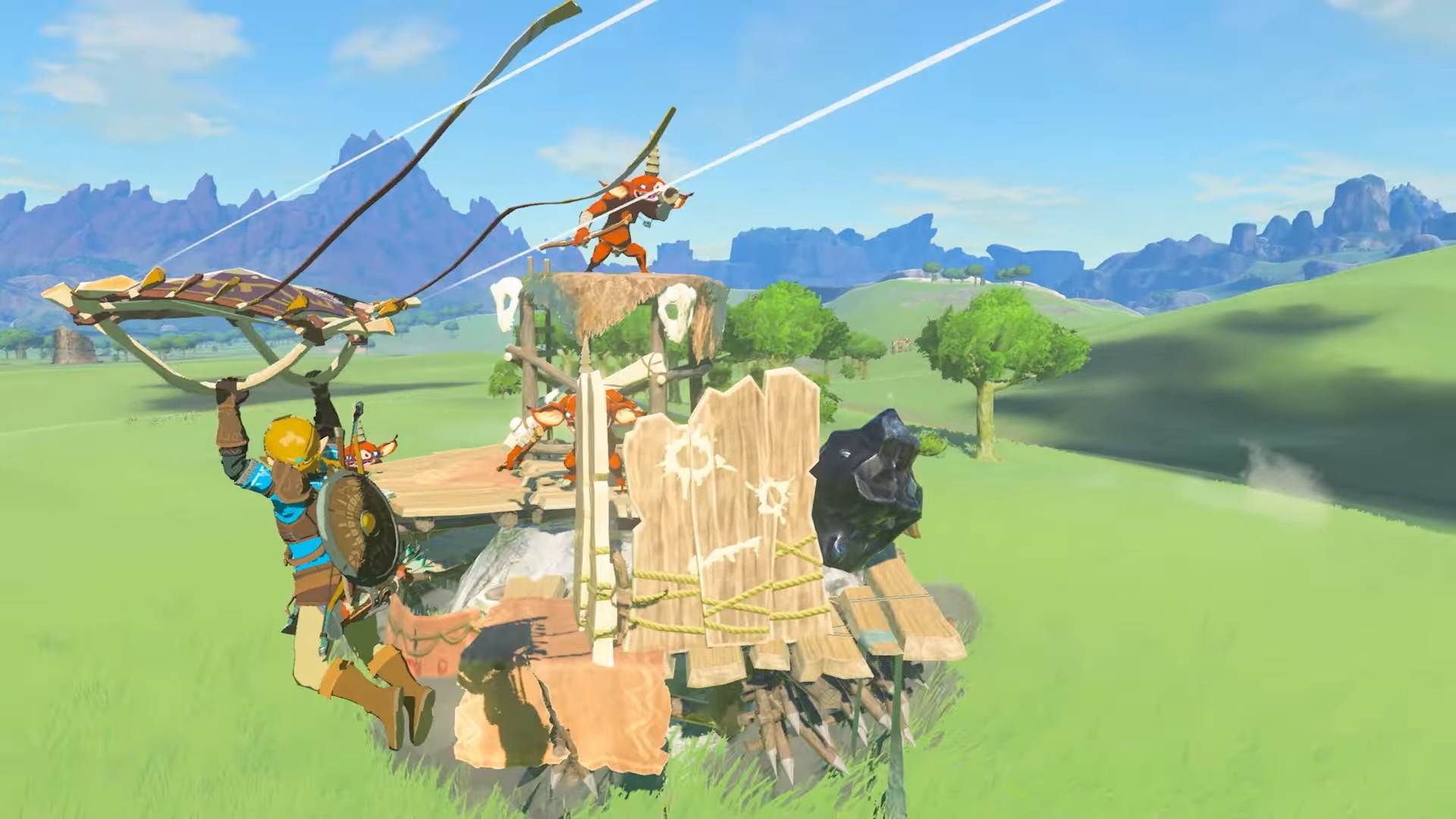 That looks much more like Breath of the Wild‘s Link. And what’s odd too is, I can’t see any floating islands or anything. And Link’s garb is the old look too, not the off-the-shoulder look we see in the skies.

This is the crux of why some are theorizing that there may be some timeline or player-character shenanigans afoot. One suggestion is the use of a time portal, perhaps bringing the pair back to the time when people lived in the sky, the setting of The Legend of Zelda: Skyward Sword.

A favorite of mine is that the flash at the beginning might be Link, or an ancestor somehow. It could reinforce the two-timeline theory. Keep in mind, Eiji Aonuma and Nintendo have been cagey in the past about where Breath of the Wild takes place in the Zelda timeline.

But nothing beats the return of playable Zelda speculation. Between the flowing hair and Link appearing fine in other shots, it’s reignited hopes that despite Zelda plunging into an abyss at the start of the trailer, she might still be playable after all. Games like Metal Gear Solid 2 and The Last of Us Part II have managed to pull this kind of switch off in the past. This is some wild speculation though, because it would involve a pretty cohesive effort to conceal the face of the character—though we don’t really seem to get a good look at long-hair Link’s face, do we?

Most importantly, keep in mind this is all some idle fun. 2022 is a ways off still, and fans are predictably hungry for whatever might be in store as a follow-up to such an impactful and memorable Zelda experience. Honestly, I just hope Link and Zelda can get some rest and relaxation after this one. Rebuilding Hyrule doesn’t seem like it would be easy!

Catch up on all the reveals from today’s Nintendo Direct in our official recap here.