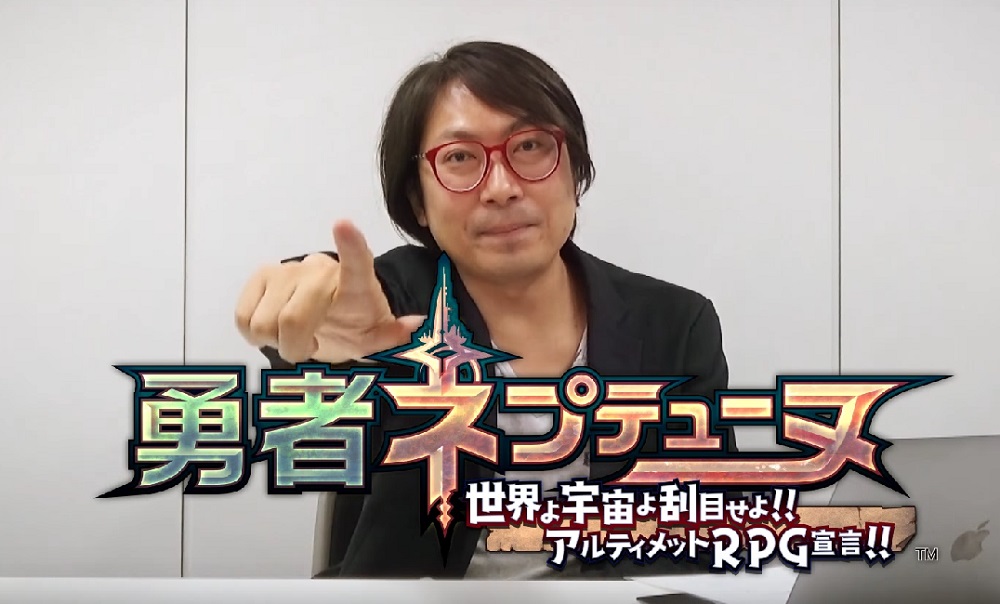 Name chosen from over 50 suggestions

Hyperdimension Neptunia’s Executive Producer Norihisa Kochiwa has released a video to reveal a little more detail on Brave Neptune, the first-ever title in the franchise to be developed in the West, by Canada’s Artisan Studios.

Among the new info was the game’s full title: Yuusha Neptune: Sekai yo Uchuu yo Katsumoku Seyo!! Ultimate RPG Sengen!! which (very roughly) translates to: Brave Neptune: World & Universe! Pay Attention!! Ultimate RPG Declaration! According to Kochiwa, the title came to him while in the bath, beating out over 50 other potential names.

In the video (according to Siliconera’s translation) Kochiwa mentions that the game is coming to the PS4 format, and that more information will be revealed in this week’s issue of Dengeki PlayStation, which is being published April 26.

I’m looking forward to hearing more about the gameplay concept and mechanics, and how Artisan Studios will be stamping their own mark on the game, which is looking to be an entirely new experience within the wonderful universe of Gamindustri.