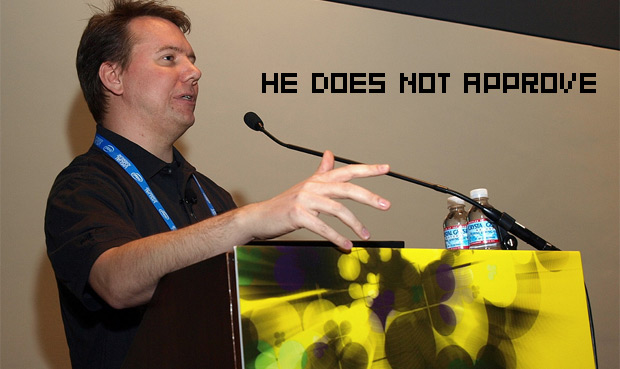 In an interview with Shacknews, Stardock’s Brad Wardell gave some great insight into why the company has been fighting so heavily for PC gamers’ rights, which you should read about. But for the sake of this story, however, we are going to look at the man’s thoughts on Games for Windows LIVE.

“It’s like, ‘My friends, you can’t do that on the PC.’ On the console, I don’t have to update my game because an anti-virus program got an update and is now identifying my VB scripts as viruses and I have to apply an emergency patch.”

“If Games for Windows LIVE maintains that strategy and they take over, I’m done. I’m not making PC games,” explains Wardell. “I would be done.” Continuing, he says “I wish Microsoft would do a lot more in making the PC better as a gaming platform.”

“For example, the Demigod fiasco with the multiplayer should never have happened. Developers on the PC should not have to license a third-party NAT facilitator. If I was making a game for the Xbox, I get that for free. And I would love if Microsoft would make these servers available — and they do under Games for Windows LIVE — without having all these strings attached.”

Strong words, indeed. It seems like every time GFWL gets brought up on gaming sites, colorful words naturally follow. Something tells me that isn’t about to change anytime soon.