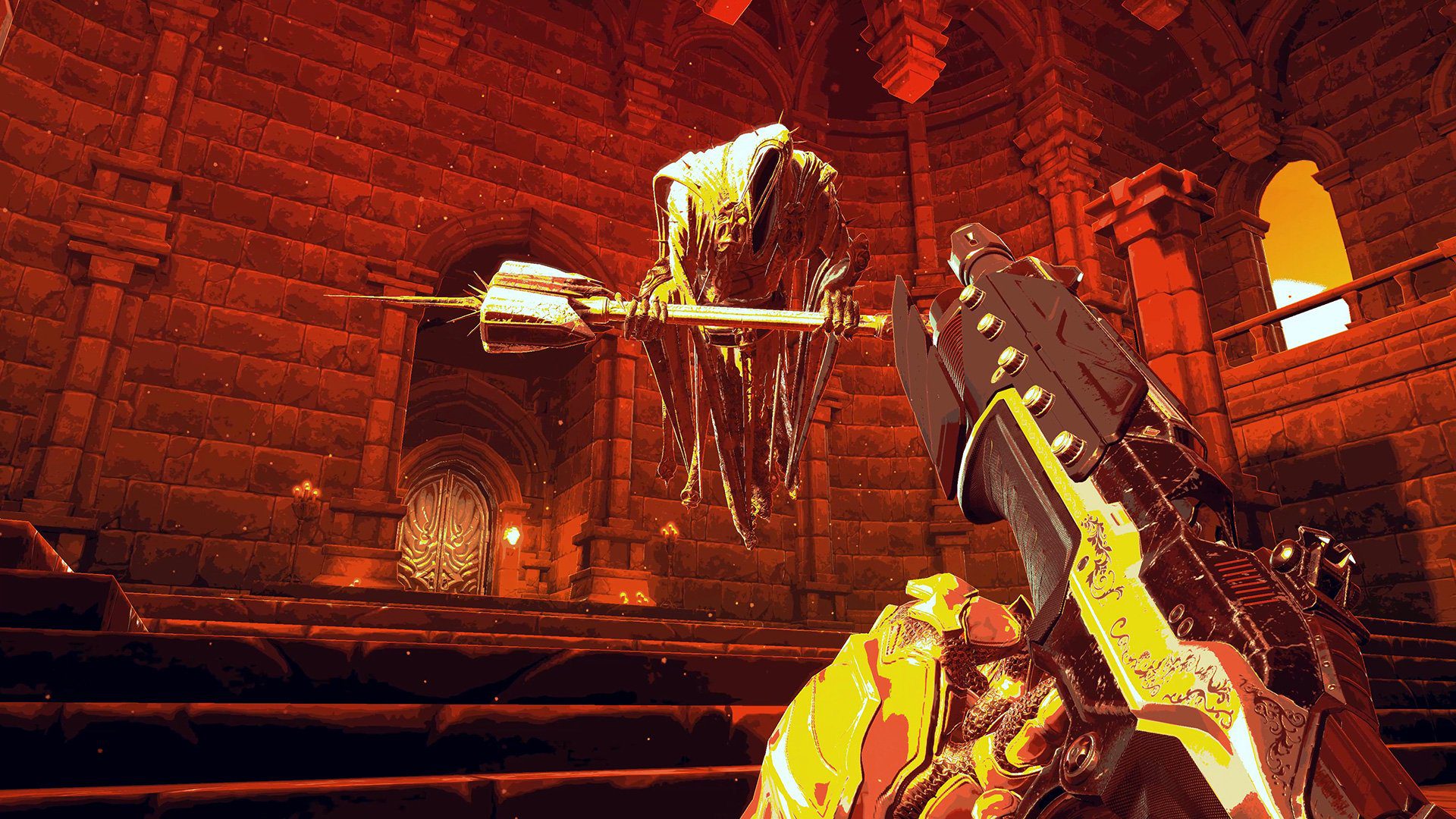 Raid roguelike dungeons to the beat

BPM: Bullets Per Minute would be cool enough if it was a typical FPS about raiding dungeons to stop the underworld from invading Asgard, but it has an eyebrow-raising twist: it’s also a rhythm game.

Put another way, “all of your actions and the actions of your enemies are tied to the beat of the music.”

The game is going for a “rock opera” feel and a roguelike hook. The energetic combat is informed by “retro shooters of the ’90s,” and as a Valkyrie, you’ll be able to “double jump, dash, rocket jump, and bunny hop to evade your opponents.” There are five characters and 40-some items to buff them.

Your goal is to take out seven bosses and face the final big bad, Nidhogg. Oh, and look cool doing it. All of your weapons have “a different behavior for firing and reloading to the beat of the soundtrack.”

BPM: Bullets Per Minute isn’t the first I’ve heard of a rhythm-shooter fusion (Audica, Pistol Whip, and Gun Jam come to mind), but Awe Interactive’s execution looks fantastic. Again, if this monster-shooting concept had traditional gameplay without any on-the-beat mechanics layered on top, I’d still be semi-interested. It’d still be something. With the music angle, the game stands out even more.

Awe Interactive is concentrating on finalizing the PC version, but the studio intends to bring the game to Xbox One and PlayStation 4. The developers say they’d “like to see a Switch version at some point.”

Crypt of the NecroDancer worked as a roguelike and a rhythm game. I hope the same can be said of BPM.